We Took A Little Drive To Fairview Heights To Check The Antique Mall And While In The Area I Found A Chrome Tulip Base Chair That Was Beyond Repair. Status: Donor! 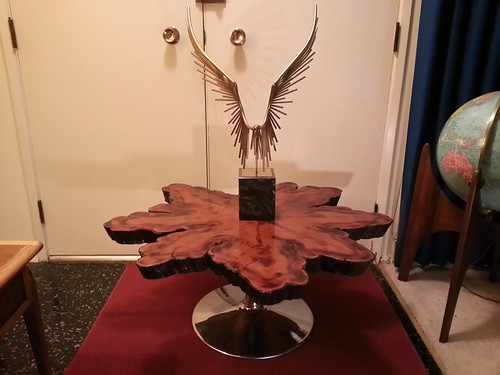 I bought the chair with the idea of repairing it.  It was cheap and other than the seatback being separated from the seat, it was in really great shape.  The upholstery (vinyl) was in fine shape but the wood of the base was busted.  Well, I already had the table top so... 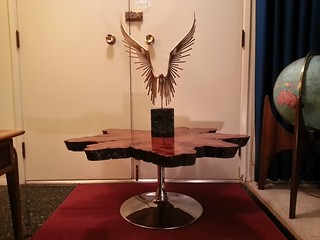 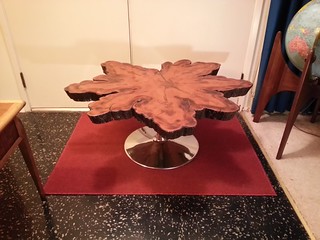 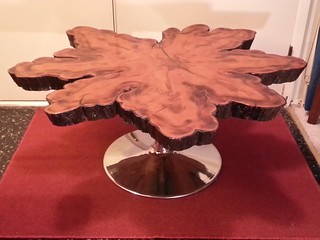 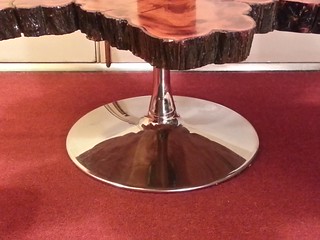 I've had the table top for a while now and picked it up as part of a package deal with a couple others.

I had fully intended to put a set of hairpin legs on at least one or two of these tables.  When I got

easily so) I put the chair away with the hope that inspiration would strike eventually.  It struck the 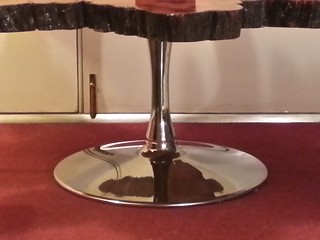 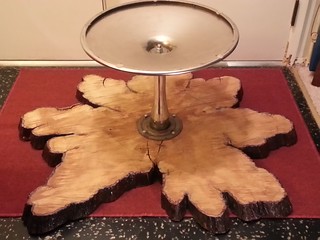 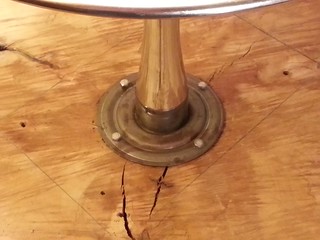 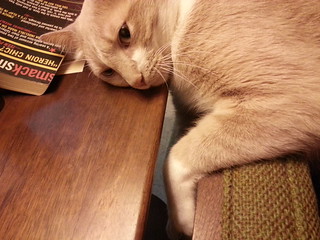 While I was in the shower I realized that even though the mount for the seat was at a slight angle, the

swivel would be level and the mount for the seat could be removed!  Of course that removal was not

as easily done.  It required a large drill bit and about 10-15 minutes of drilling.  But I got that mutha

off there.  After that it was a simple matter of drilling a couple holes where the ball bearings went.

Easy.  Still, seems to have wore ol' kitter cat completely out.  He loves him some walnut table...and