Saturday Was Mostly Spent On The Road Messing Around Central Illinois. We Started Out At The Belleville Flea Market And Ended Up In Springfield Illinois At The Barrel Anique Mall. Status: Tons Of Good Stuff! 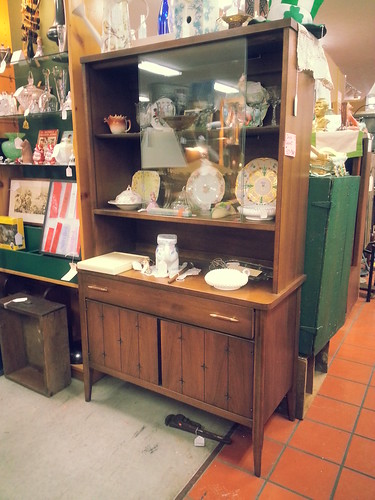 This place, Barrel Antique Mall Springfield Il., was a pleasant surprise.  It's always nice to find a vendor in an antique mall hawking the Vintage Modern.  Sometimes it's just a one or two...maybe a few...vendors with a piece or two available, but this place had booth after lovely booth of good stuff! 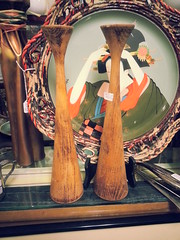 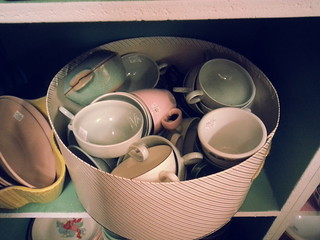 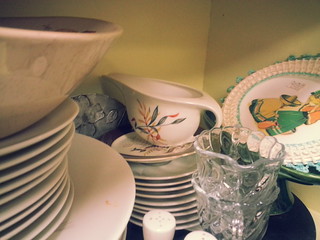 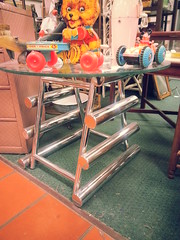 There were at least half a dozen booths all operated by the same vendor...or at least they all had the

same vendor number on the tags.  This seller has SO MUCH stuff!  Some of the booth spaces are

packed Real tight.  Of course, not every cool piece here was from one vendor, there were the odd bits

and pieces that were in booths that they didn't quite fit into as well. 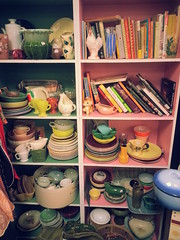 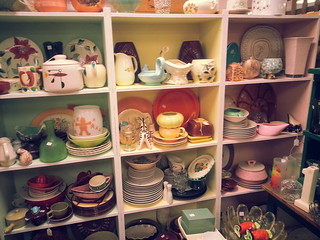 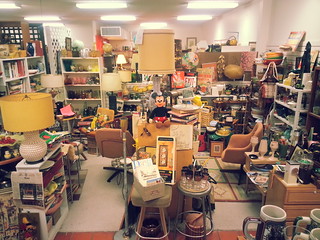 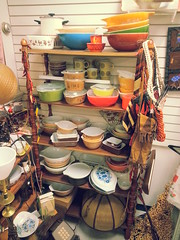 Tons and tons of smalls.  Looking for a random piece from a random dish pattern?  With a little

digging you might just find what ya need here.  For those of you who collect Pyrex and similar items,

you'd have had a field day.  Actually, anybody who likes to dig for treasure would love this place. 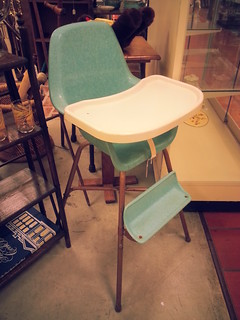 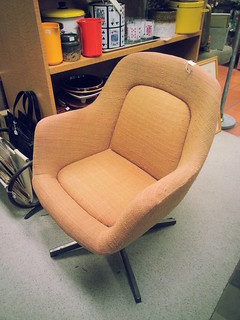 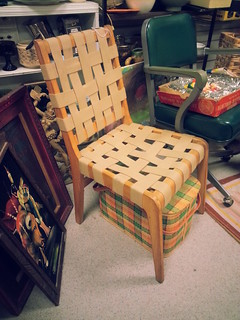 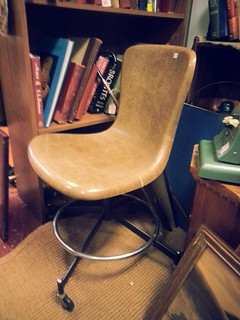 above there wasn't much by way of designer name furniture.  Actually, now that I think of it, there

wasn't a lot of vintage modern furniture to begin with.  This place is mostly rife with the smalls.

Those Ben Seibel Roseville Raymor had me fooled for a moment. 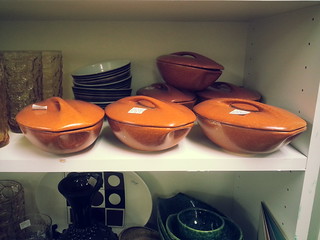 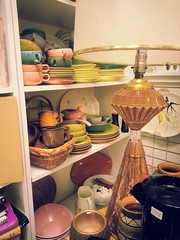 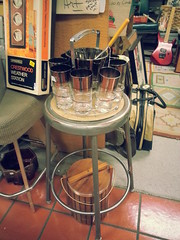 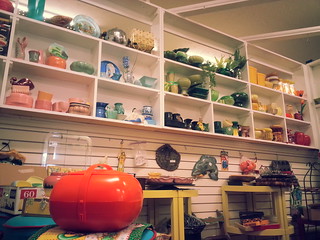 Those Raymor lidded dishes were the first items that really grabbed my attention.  I was facing a

different booth when the girlfriend pointed them out.  I hadn't even noticed the rest of the items in the

booth yet and I thought maybe these would be under prices.  I asked The Girlfriend to read off the 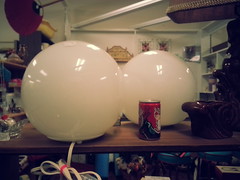 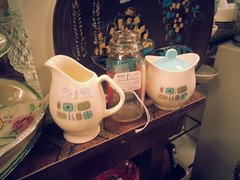 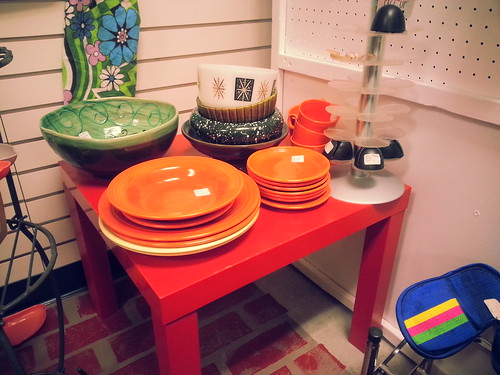 each.  The "5" had rubbed off the tag on that first one she had picked up.  Dang!  I was ready to clean

the joint out.  Sadly, those beautiful Raymor / Seibel dishes had to be left behind.  More for the real

collector to find later.
Posted by Mr. Modtomic at 1:09 AM