There Are A Number Of Big Antique Malls In Or Near Columbia Missouri And Whenever I Take A Pickin' Trip Out That Way I HAVE To Stop In And See If Maybe I Can Better The Day's Take. This Time I Picked Up This Big Curtis Jere Bird Of Prey Sculpture. Status: Nice Bonus, Right?! 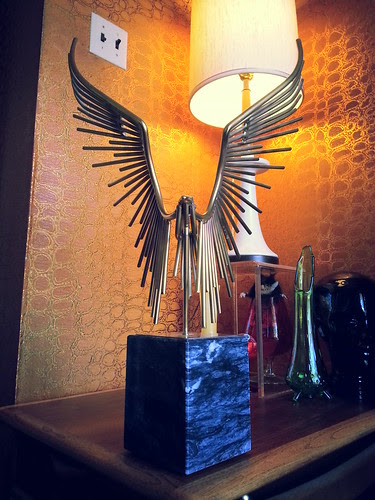 Even when I'm getting a decent deal I still find it hard to buy from an antique mall.  Now, when I'm getting a steal I have no problem at all...but it wasn't easy to part with my hard earned cash to procure this quite impressive C. Jere Bird Sculpture. 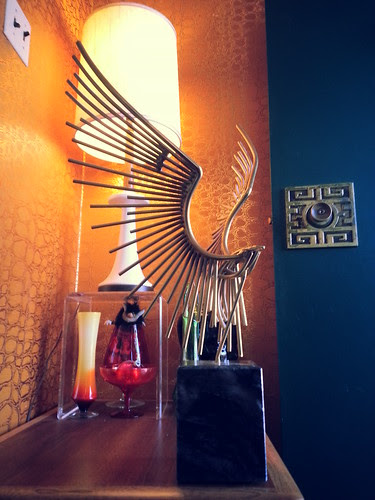 I hate to haggle, and I really hate to beat down a fellow vendor on their asking price...but I know

what my comfort zone is for just about any given item and well, all they can do is say "No thanks",

right?  So after scouring Artichoke Annie's antique mall I went back for this Curtis Jere, hemmed and

hawwed a bit and then asked the staff to place a call and make an offer on my behalf. 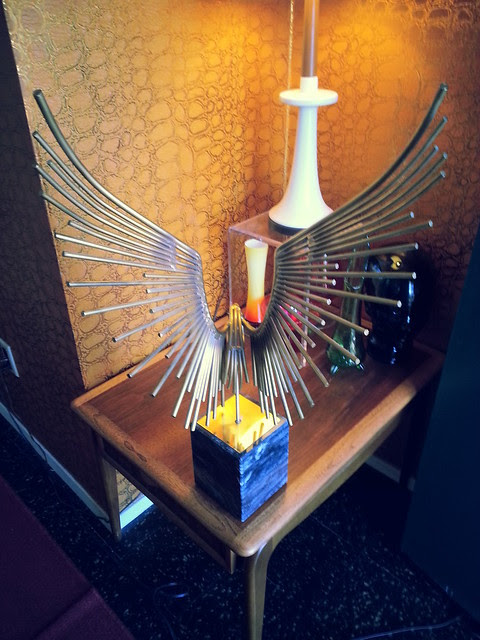 made the call for me...a couple of times.  The vendor didn't answer and didn't return the calls.  By this

time the owner of the antique mall had become involved.  She took point on the "negotiations" and

going to move this. 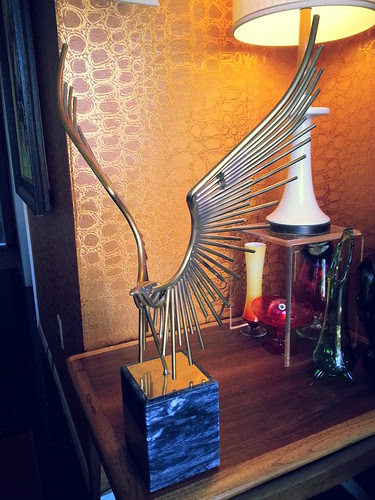 I told her what I could offer and she called the vendor again.  She really wanted to move this item.

I'm not sure why.  The other staffer had told me that the sculpture hadn't been in the mall for all

little sweeter (something I just don't fall for, but it's kind of a thing), but she was motivated none the 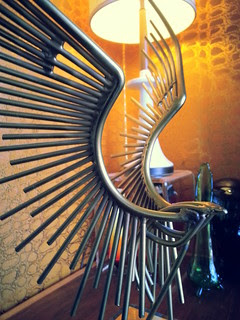 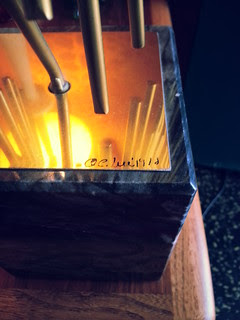 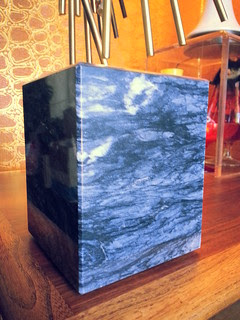 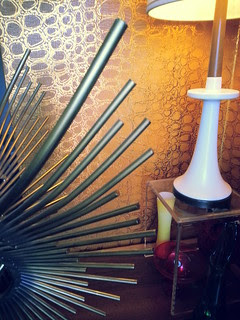 While leaving a message for the vendor she even jokingly threatened to toss all his merch. out on the

highway, while another vendor yelled at the phone that She would tell his Wife where his Tattoo was

and dropped the asking (For the vendor!) to a number very close to my comfort zone.  After holding

out for $5 more bucks (hey, sometimes it's just that little bit that matters!) the deal was done.  The

plan was to flip it, but as soon as The Girlfriend layed eyes she was smitten.  Hmmm...so Now what