Yup! Been Diggin' In The Garage Again. Pulled Out A Pair Of Fantastic Arkana - Maurice Burke Campaign Chairs This Time For Your Consideration. Got 'Em Tagged And Dragged To The Shag. Status: Available. 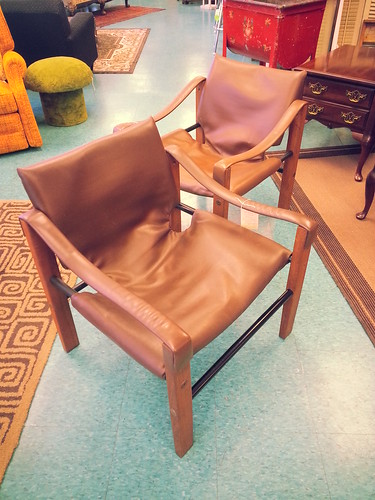 We've had this pair of Campaign / Sling chairs for ages.  They were probably purchases the first year the Girlfriend and I discovered estate sales.  We found them at a condo sale and the Girlfriend just had to have 'em! 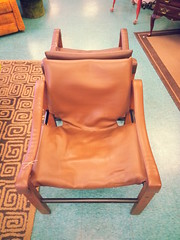 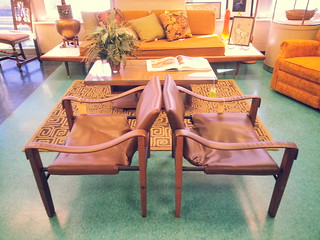 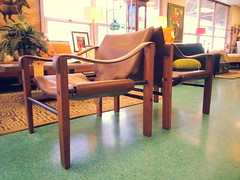 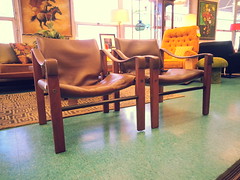 Lucky for us she had the good sense to encourage me to pick them up.  This was WAY before I knew

anything about vintage modern.  Heck, I didn't ID these until maybe a few years ago.  We only used

(and by used I mean displayed...we never even really sat in 'em!) them for about a year before we

moved from Tower Grove East up here to Florissant.  They got disassembled and stored in the garage

and I only brought one out briefly to photograph it for the blog a while back. 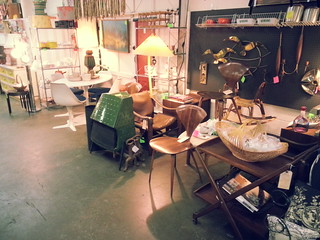 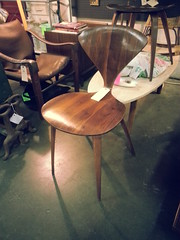 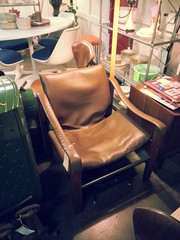 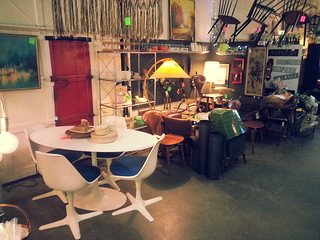 lean craigslist the last couple of months (this will likely pass as spring arrives), I've been dipping into

the Garage stores to keep up.  This, I think, will be a good thing.  I'm finally getting around to some

of the projects that I've been too easily avoiding and recouping the outlay of some of that investment.

definitely serve someone else much better than they have been us! 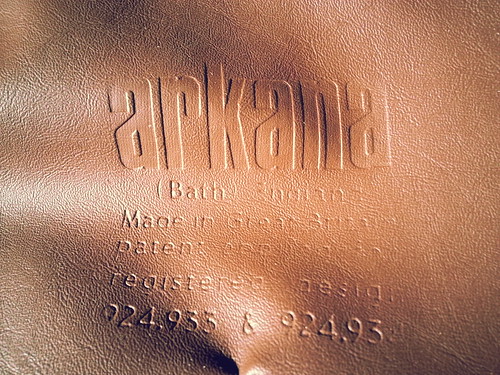