Again, A Farm Fresh Chair From The Middle Of Missouri. It's A Little Rough Around The Edges But This Danish Lounge Style Rocking Chair Was Such An Unusual Find That I Had No Problem Driving The 250 Miles Round Trip. Status: Ready For Restoration. 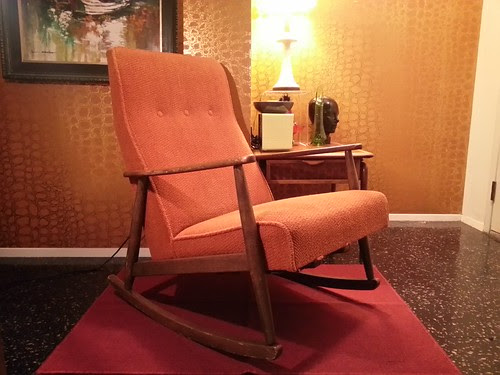 I know this rocker lacks a prominent designer name and for real, I'm not even sure what company made it (I'm thinking Baumritter)...but how many Danish Modern style rocking chairs have you seen?  Right, me either! 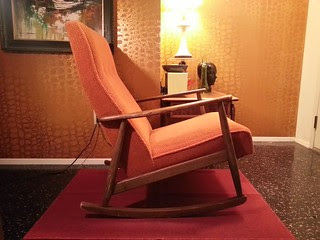 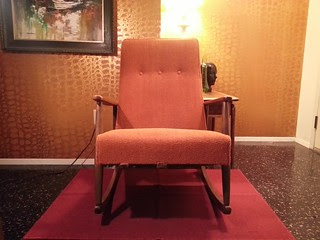 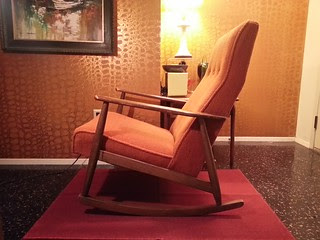 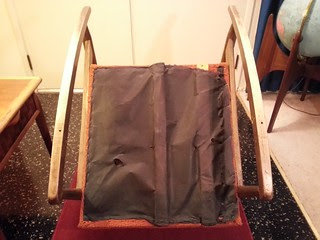 her young boys as babies in it...and that it had been her mother's chair as well.  Well of course she

had!  When I spotted it on craigslist the first thing I thought was that this would be great for a (oh so

stylish) nursery.  When her too cute little guys appeared from the kitchen I suggested that she get the

two of them in the chair and shoot some pics.  Those will come in handy when they bring that first

date home to meet the family.  Mom will have to dig the old iPhone out from a shoe box in the closet

("remember iPhones?!" everyone will comment) and totally embarrass her sons beet red.  It's gonna

be a lovely experience...for everybody! 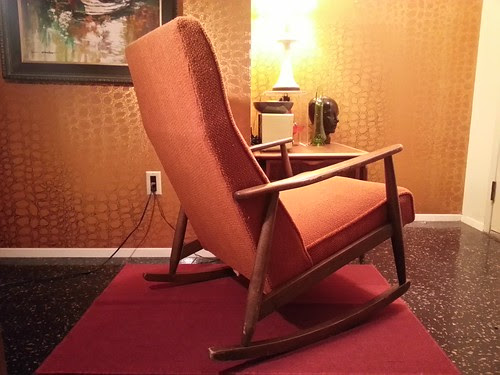 bottom of the legs and runners.  Luckily the seller included her phone number (as did the seller of the

dark navy blue / chrome recliner featured yesterday...nice!) and she was kind enough to shoot me a

good side view of the chair.  It was exactly what I was hoping it would be.  Upon seeing it in person I

found the rocking chair to be structurally solid and eminently useful as is...and I'd have no problem

finding it a new home as is, but I think this is a rare enough find that it deserves some real love.  The

kind of love that will help keep it around for many more years to come.  So consider this a "Before"

Email ThisBlogThis!Share to TwitterShare to FacebookShare to Pinterest
Labels: Before and After, Craigslist, Danish Modern, Rocking Chair, Travels