Got An Amazing Wall Clock Saddled With An Unfortunate Dangling Cord? Hate Those Dang Dangling Cords? Me Too. Status: Let's Get Rid Of 'Em! 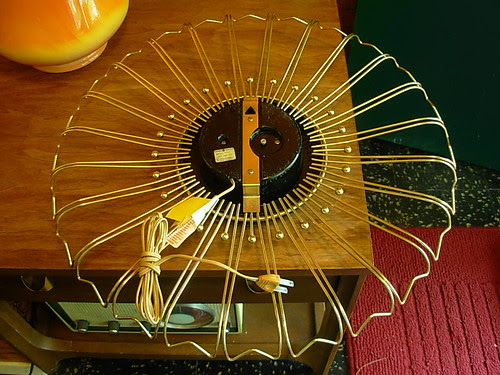 Stupid cords. Don'tcha just hate 'em? I mean, I guess I could drill a hole in the wall and do some household wiring...no...no, no, no...that's not gonna happen. What's a man to do? Make another trip to the Thrift Store for the remedy!

So here's what you do. Buy yourself a CHEAP battery operated wall clock from the thrift store.

Pull out it's guts. Do a clock gut transplant. See below. 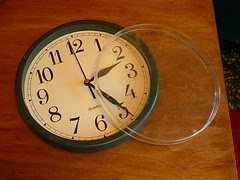 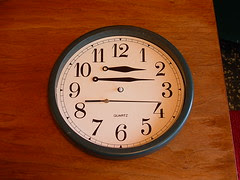 Remove the clock face cover to access the hands. Carefully remove the hands so that you can

remove the battery operated clockworks. You might need to use the hands that go with this

clockworks as the hands on your cool clock might not fit this new clockworks. I had to use the

hands that came with the battery operated clockworks. 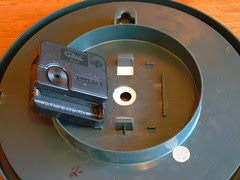 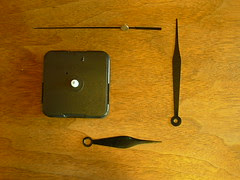 Ah, free from that bland boring clock and ready to rescue a vintage cool clock! Note that the

"new" clockwork is a quartz movement. It should be accurate. You can also buy new clockworks

or set of awesome dishes for cheap there. And you won't be recycling or upcycling or whatever

not to mention helping a not for profit like Goodwill Industries or the Salvation Army. Anyway,

now you got your transplant guts. 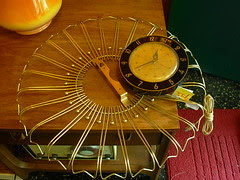 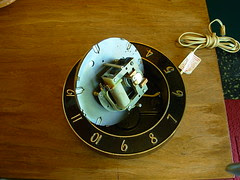 gain access to it's clockwork. Two screws held it on and two more were removed to remove the

face from the body. 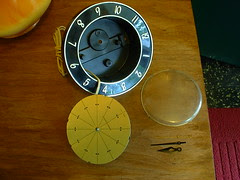 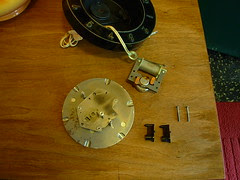 The "old" clockworks was a two part unit, one being the motor and the other being the gears. 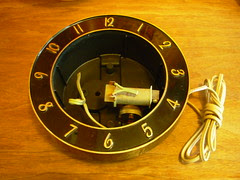 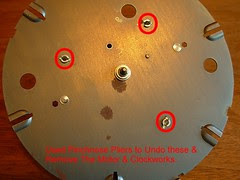 Now that the motor is no longer attached to the face it's time to cut the cord. Finally, the clock

is wireless! But now it don't tell time! Gotta fix that. So...I gotta make room for the new

clockworks. The gearset has to come off. I used some pin nose pliers to un-attach the rivets.

I could have used a file to get them loose too, but the pliers worked ok. 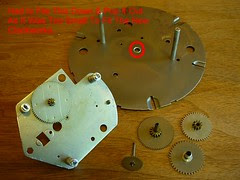 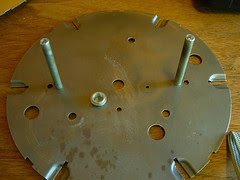 Then, when I test fitted the new battery operated clockworks, I realized that it would not fit

through the face with that brass fitting in the center still in place. I used a file to grind down the

back of it and easily pressed it out leaving a slightly larger hole. Perfect. 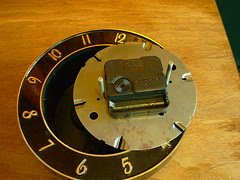 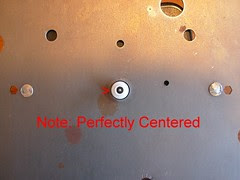 hole. I'm not sure if this would make a difference or not, I just didn't want to find out it did the 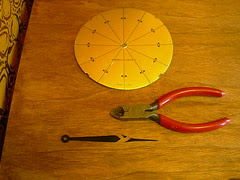 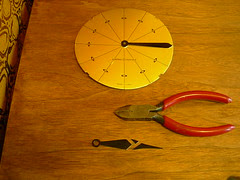 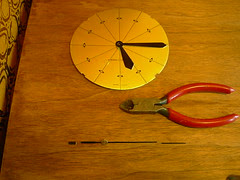 starburst clock. I used a set of wire cutters to easily cut them down to size. The second hand is

counter-weighted so I had to take as much off each end to make it even. 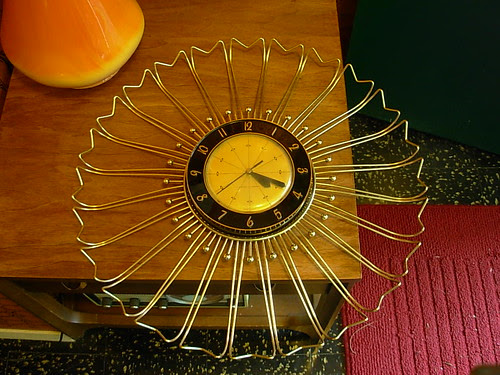 Stuck a new battery in the unit and screwed it all back together and here's the end product. All

that just to get rid of the stupid cord! It's worth it. Now it's wireless...like my phone and the

Email ThisBlogThis!Share to TwitterShare to FacebookShare to Pinterest
Labels: Before and After, clock, Electronics, How To, Thrift Store