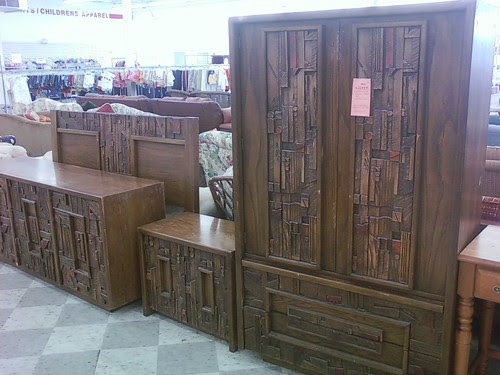 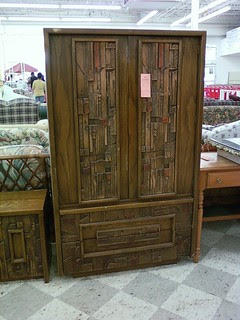 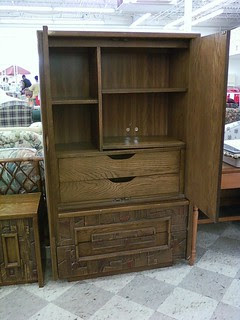 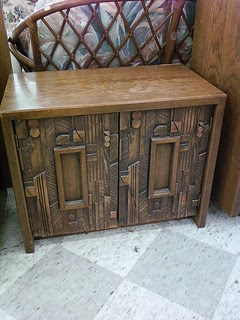 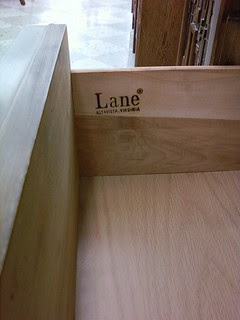 It's a little banged up but looked like a great candidate for a before / after treatment. If only I had the room in the garage... ::shakes head:: I can only bring so many strays home. If it's still sitting there next weekend I might just HAVE to make some room. Do a little Googlin' and check out the asking price for some of this stuff. It's ridiculous and while it might never be realized, that anybody thinks it's a resonable starting point, well that says SOMETHING. 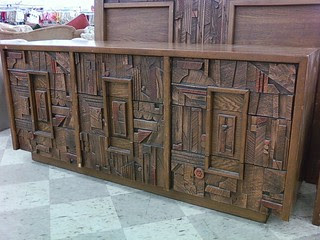 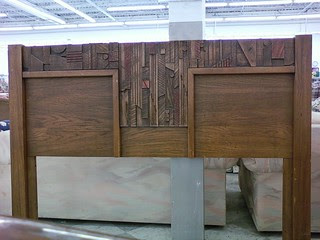 It's definitely inspired by the Brutalist pieces by Paul Evans but reeks of mass production. I've not found a lot of info about it but it LOOKS like it was manufactured in the '70s. I've seen it listed on various web sites as being manufactured in the '60s as well, but I'm not buying it. It's got that splattered stain finish that seems so prevalent in the '70s. This set is so not my thing...but I bet a few years from now I'll regret not snatching it up. Who am I kidding...I'll probably head back tomorrow and buy it. 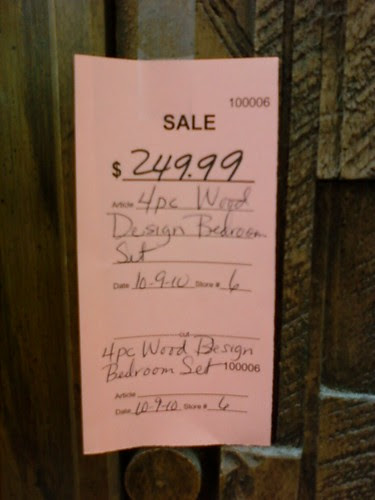 Email ThisBlogThis!Share to TwitterShare to FacebookShare to Pinterest
Labels: Before and After, Brutalist, Mod, Paul Evans, Thrift Store