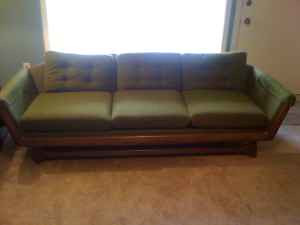 So I (and quite a few other "scavengers") spotted this beautiful Danish Retro sofa on Craigslist a few weeks ago. The Seller was offering it for ONLY $40!!! FOURTY DOLLARS....AMERICAN!!!

Needless to say I shot off an email as quickly as my bony fingers would type! I

shot this off within a couple hours of the ad going live, too. On top of that, I

Nothing. I didn't give it more than another passing thought until Secondhand

later. She thought she had lined up the purchase of the sofa only to get a call

back telling her someone had come and purchased it already. She was sure I had

somehow "Snaked" the couch out from under her! No, I assured her, it wasn't me. I

reply. We talked for a while about that and other related stuff and became

convinced it was Ebay seller Goodeyemodern who had "Snaked" both of us. We

were wrong. I was poking around Saturday a week ago after the Flea Market in a

spotted the sofa in a booth that specializes in mod, danish, eames era stuff. 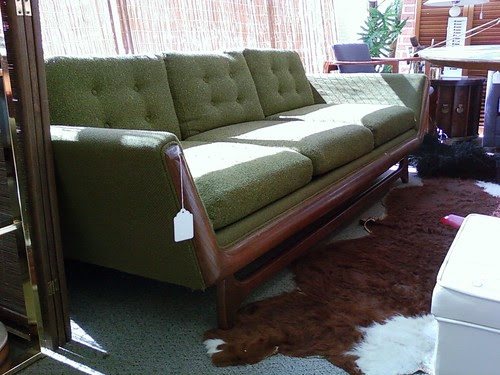 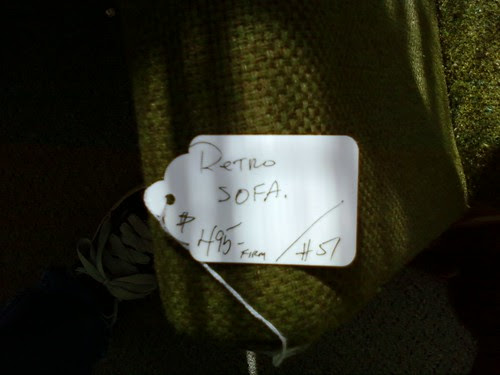 Status Update: I dropped by Treasure Isle antique mall (where this was) over the weekend and found the sofa was no longer there. In it's place was a beautiful and nicely priced Broyhill Brasilia desk. I snatched it up of course!
Posted by Mr. Modtomic at 12:17 AM