Let There Be Light...and there was light...and it was Fabulous!!! Status: Illuminating 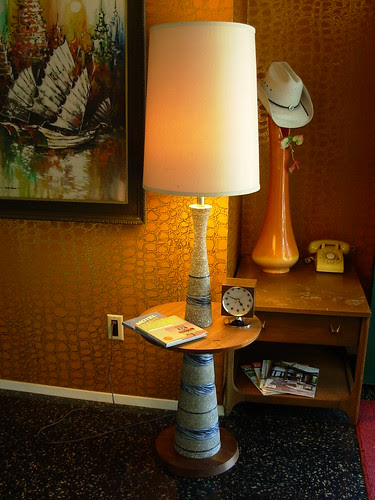 We picked this beautiful Table / Lamp up at an estate sale on the World Famous "Hill" in South St. Louis a few years ago. I almost didn't buy it. 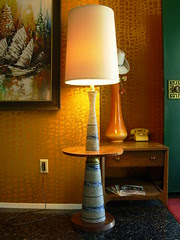 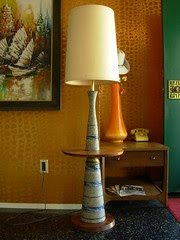 covered in Decades of cigarette smoke and dust. The Girlfriend asked as we

it. She mentioned that I could put a bid in the "Bid Box" and maybe they'd 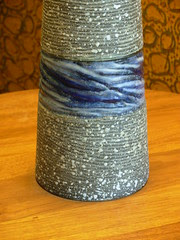 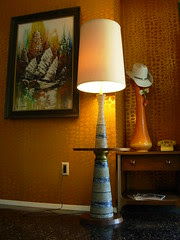 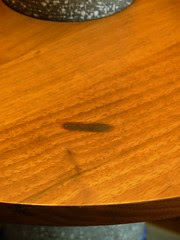 So I went back in to put a bid in and they asked what I was going to bid. I told

us! After cleaning it up a little I realized how great it looked. Yeah, there's

a little cigarette burn on the table but it kinda adds to the character! Plus, I

can just cover it with a clock or something. I've thought about selling it a

couple of times but the Girlfriend just ain't going for it. 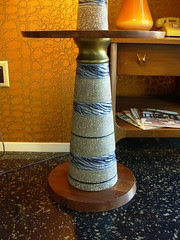 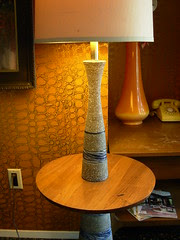