The Fireplace Toolset Logical Progression. From "Whatever Works" to "Wow"! Status: Fireplace Fabulousness! 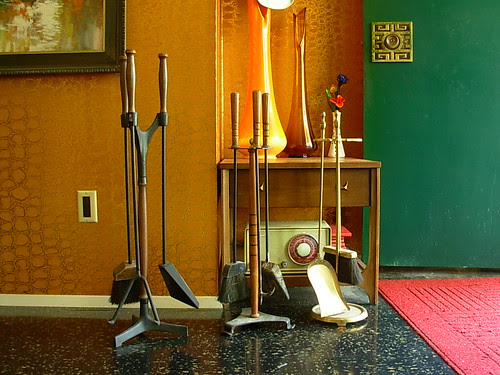 In chronological order from right to left. The ubiquitous brass set was purchased for a couple of bucks just so we could have a fire. I'm not sure where the "poker" is at the moment. Then it was usurped by the cooler looking middle set. It has a chip in one of the wood handles though. Anybody want it? $20. Now we are using the Really Tall danish set and it's Juuusssst Right! 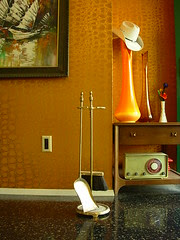 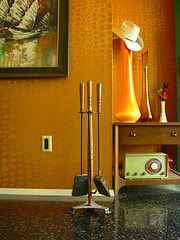 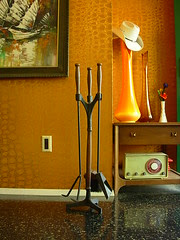 I've been trying to find an appropriate set ever since we moved in. Thought I found a set at an

estate sale once. Walked up to the house and there it was next to the garage. Turns out, that

I'm glad I waited for the new set! The second set we got from a guy who I've sold and traded a

few pieces of Brazilia to. While we were over at his place one day he asked if I needed them as

he himself had just acquired a more impressive set. Well of course I said yes and handed him

$20! Now it's time for them to move on. So the next person who needs a vintage modern set of

fireplace tools who shows up with a twenty in hand gets them! 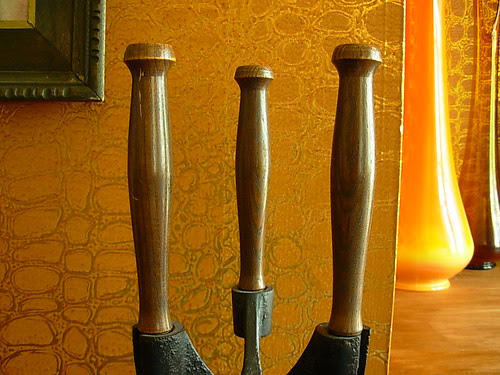 This set is the keeper. I can't imagine finding a better set. The style is both danish and brutalist

at the same time. It even seems sorta Spanish in a way. 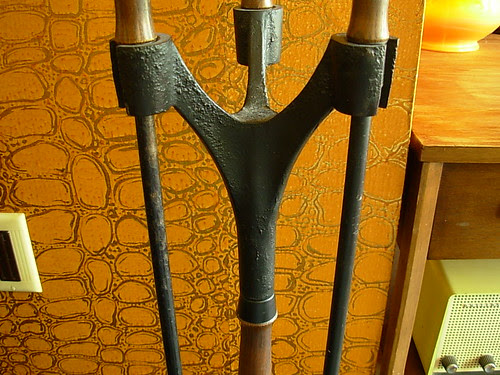 Maybe that makes it Spanish modern. One could see a bit of Gaudi in the design of the upper Yikes...look at that dirty floor. I need to clean that up. Doesn't that "poker" look pissed off? This

whole set has a very aggressive quality about it. Very masculine.
Posted by Mr. Modtomic at 3:20 AM

Email ThisBlogThis!Share to TwitterShare to FacebookShare to Pinterest
Labels: Before and After, Brasilia, Brutalist, Collection, Danish, Thrift Store