Oh Jeez...This Is Getting Ridiculous. I Gotta Start Getting Outta Bed Earlier. Status: Did I Just Throw Up A Little? 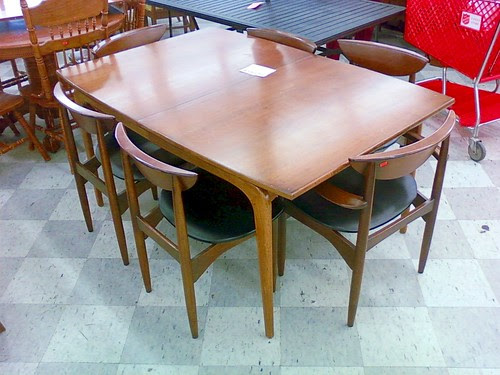 Pretty ain't it? And right down the street. And since it's at the Salvation Army it's gonna be cheap too. So what gives with the Status? Oh, read on my friend...but be warned, it's gonna hurt a little.

You've probably guessed already. I mean, it's not like I got a PhD in subterfuge or anything. It 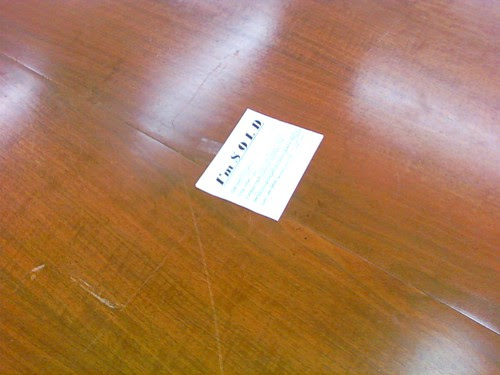 the Broyhill Brasilia with. It's by Lane so you know it's built like a tank. The style is Perception. 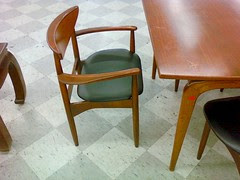 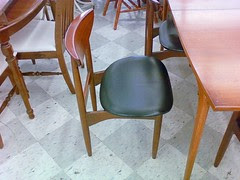 All of the chairs seemed to be in really good shape. Since it wasn't available I didn't give each a

once over or anything. Why torture myself? The set was complete though with four side

chairs and two captain or armchairs. I'm totally smitten with the backrests even though the rest

of the chair details are kinda run-of-the-mill for the style. 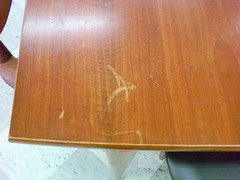 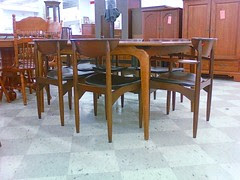 couldn't be easily fixed. As much as I love the backrests, the table legs come a close second in

the beauty contest. It's the subtle details that make this such a nice set. It's otherwise just a

nice modest set designed as I've read by Warren C. Church. I guess I gotta start getting up