Z'at Look Dangerous To Anyone Else? Makes Me Wonder If Anyone Has Ever Had To Have A Kromex Serving Dish Removed From Their Body At The Emergency Room. Full Body Shivers Aside, I Removed This One And A Nice Lot Of Taylor Smith Taylor Jamaica Bay From The Goodwill. Status: No Stitches Necessary! 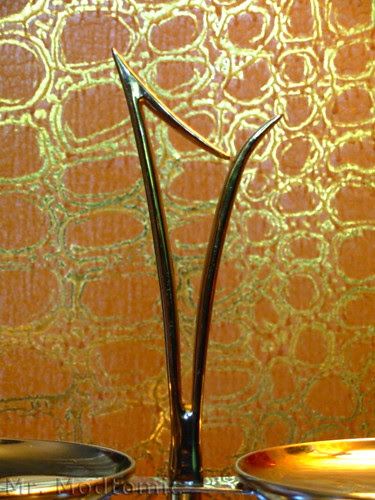 Every good super mod host / hostess should have a couple of pieces of Kromex in their arsenal of serving pieces.  In my humble opinion, this is probably the coolest style out there.  And as far as "attainable" dinnerware goes, I don't think you can get much cooler that Jamaica Bay.  It's just the right mix of Atomic and Tiki.  Never seen it?  Click through to see the newest lot to be added to my collection! 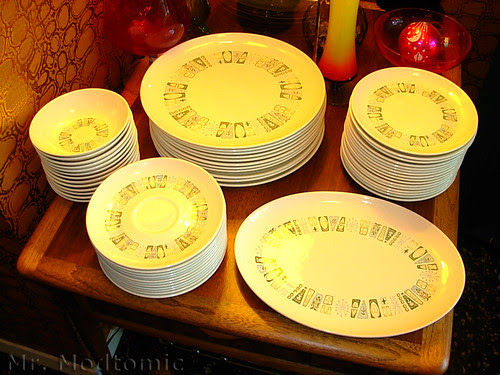 Whew!  That's a lot of dishes!  I really don't need any of this...and I REALLY don't need the loose

teacup saucers!  But you know how it goes, it's so hard to leave it behind at the thrift store.  As soon

as I leave those saucers behind I'll find the d*mn cups at the next trap.  I don't need that kind of fore- 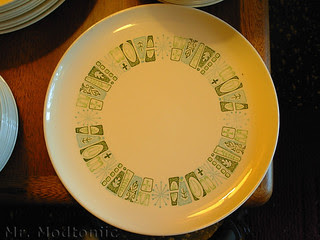 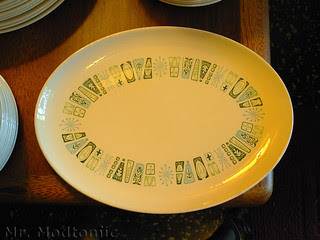 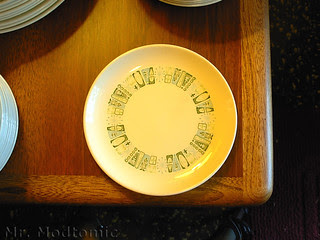 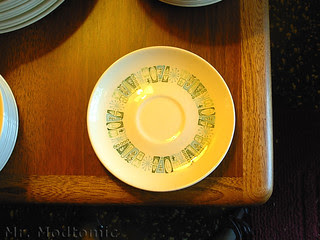 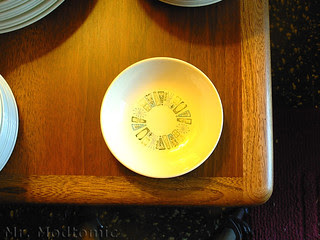 The berry bowls and the oval platter were the stars of this catch.  Those you don't see every day.  Did

decorative pattern?  I was under the impression there were only the Jamaica Bay and the Cathay line

few days ago when a reader introduced me to Modern.  Modern, like the Cathay line, pushes the pattern

pattern is a kind of brick redish orange.  Interesting?  I kinda think so. 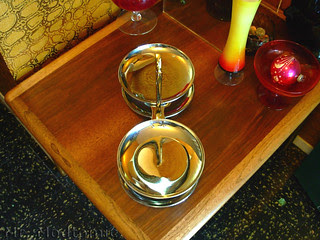 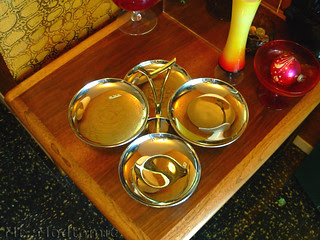 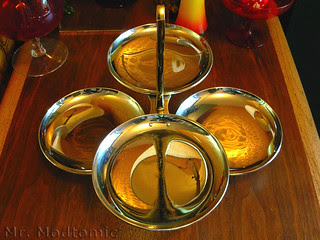 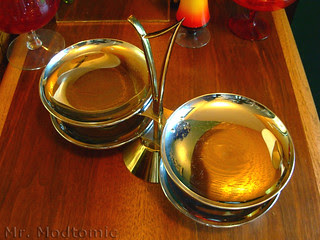 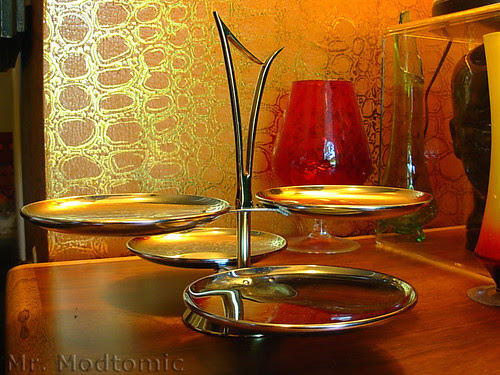 How cool is this serving dish?  I've seen tons of platters and two / three tier tid bit service pieces but this

is the first time I've found one of these two level, four dish servers.  I love that it can be twisted together

for easier storage.  This will be coming out at our next party me thinks.  It's just too cool to let go of...at

least right away!
Posted by Mr. Modtomic at 3:04 AM