Who Doesn't Love A Beautiful Tulip Table? I Picked Up This One, In Coffee Table Form, Just This Afternoon. I'm Still Not Sure Whether Or Not It's A Knoll / Saarinen. Status: Unidentified Bequiling Object! 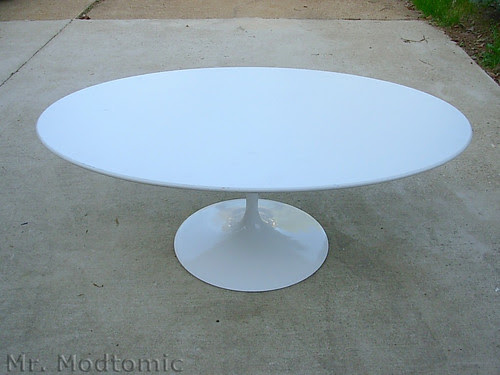 Regardless of it's maker and or designer this table was such a brilliant score.  I spotted this a few days ago and had shot off an e-mail right away...then heard nothing.  For days.  And days.  Then today, a day so nice out that I just happened to take off work, the seller called me out of the blue!  Talk about perfect timing! 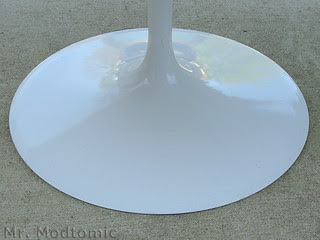 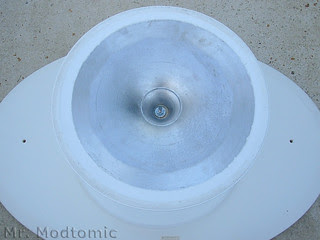 Actually, the table wasn't for sale.  It was just off to the left of an unremarkable chair in the last photo

of an ad that was placed by a business getting rid of some extra lobby furniture.  I couldn't even be sure

sent an e-mail asking if it might be available as well.  Like I said, I didn't get a reply for days and I just

sort of wrote it off. 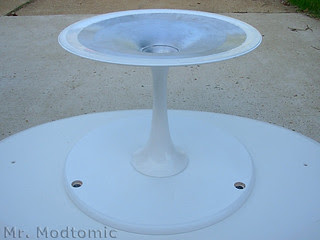 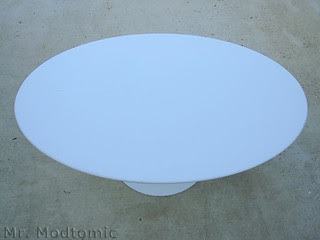 and just hadn't had time to reply...and she confirmed my suspicion that this was indeed a tulip table.  She

did explain that the table was available but she needed to talk to the boss about price.  When she called

me back later it was all good news and we set up a time to meet.  I dropped by today and BAM, Done! 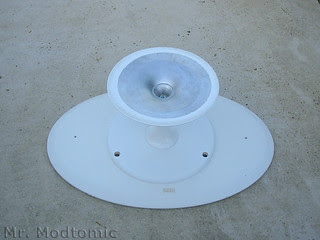 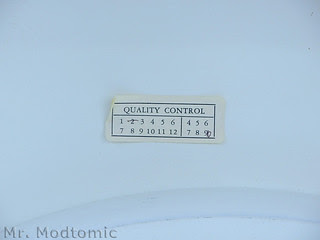 Like I said, I was hoping this was a genuine Knoll table but there aren't any labels except a QC sticker

on the bottom.  Anybody else have a Knoll Tulip coffee table with a label on it that they can look at to

see if this is the real deal or a knock off?  It seems to be possessed of that certain delicateness that is so

Knoll / Saarinen.  I can usually spot a knockoff a mile away, but this one has me scratching my head!
Posted by Mr. Modtomic at 2:08 AM