All Week Long I Had Been Spotting Stuff On Craigslist That I Couldn't, For Various Reasons, Get To Until Saturday. Stuff Like This Majestic Cone Shaped Gas Fireplace. So Yup, I Was A Busy Boy Saturday! Status: Stocked, Satisfied / Already Gone. 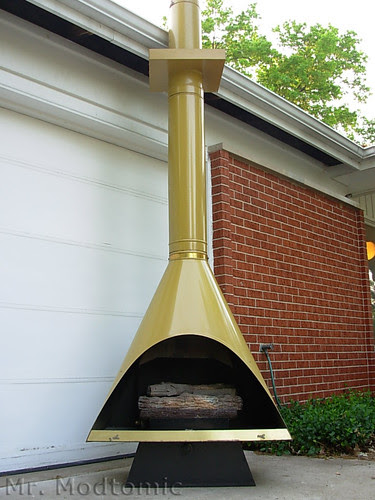 This Majestic cone gas fireplace was spotted in the background of an ad for some shelves.  I sent an e-mail to the seller on the off chance that they might want to be rid of the fireplace too.  Turns out they were emptying a property for to put on the market and eventually they did want to be rid of it. 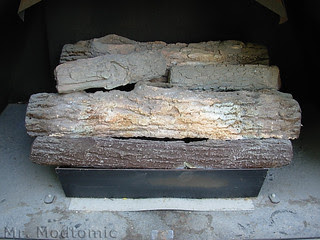 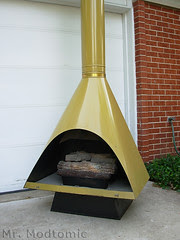 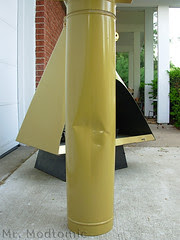 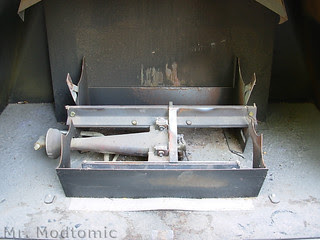 Unfortunately, they had some ham-fisted meat head remove the main chimney pipe with a hammer.

WTF?  This is America folks...where we solve problems with a weighted stick.  And it's pretty robust

pipe too so I wasn't able to simply stick my hand in there and pop it back out, but I think with a long

pipe and the right ingenuity it could be popped back out and made to look...less bad.  Good news is,

the pipe can easily be positioned to hide the dents.  Otherwise this cone fireplace is in pretty good

shape.  It's not mint but it presents well.  I have no idea if the gas system works but it looks compete

and in good shape, too. 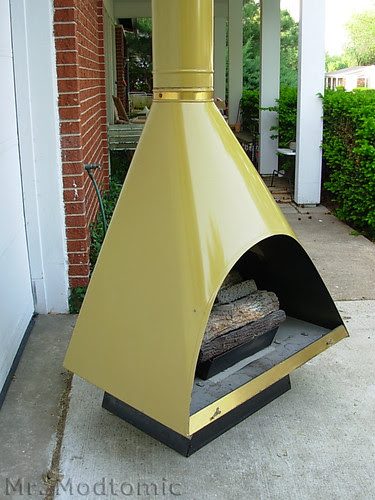 Lis - Home Source since I picked up some big items to drop off at both venues this weekend. This

Majestic gas fireplace will be bargain priced since it has some damage and is missing it's door screens,

so if you're looking for one maybe for your covered patio or for display like ours, maybe this is the one