I'm Hoping To Have This Magnificent Majestic Cone Fireplace Available At The Green Shag Market By The Time You Read This Saturday. Status: Available...But For How Long?! 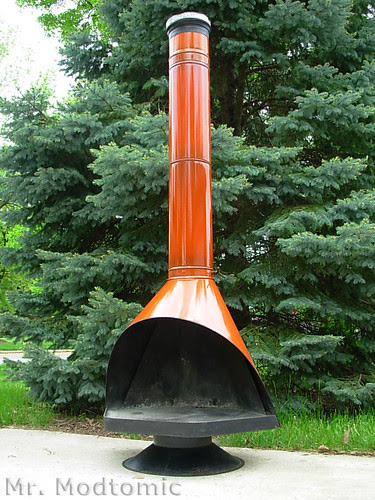 I used to photograph a lot of the items I posted on craigslist in front of our orange Majestic cone fireplace.  I'd get about 3 or 4 inquiries asking if the fireplace was available for each ad.  We still have that old Majestic in our living room because some thing are just keepers...no matter what.  Well, now I have an opportunity to make someone very happy. 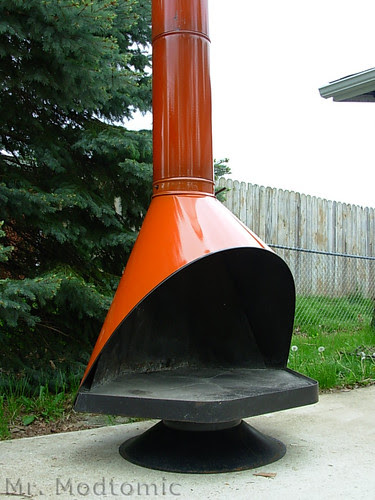 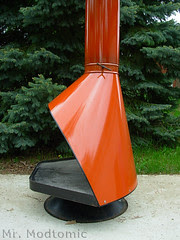 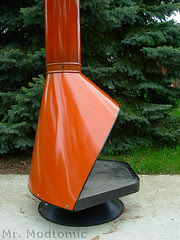 It's not quite as pristine as our example, but it is the same make and model.  Even the color is the same!

From 10 feet away you'd have a tough time telling which is which...but I wouldn't.  I've had that Majestic

for more than 4 years and moved that heavy beast twice.  I know it well. 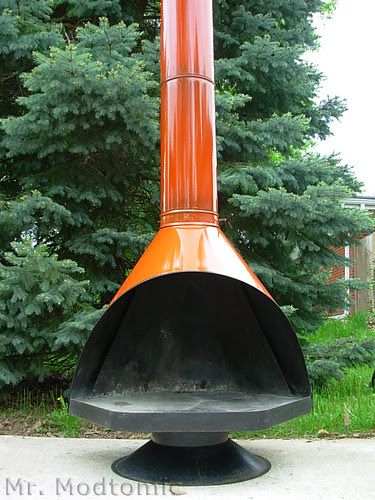 but I got too involved in cleaning it up for the photos.  I just didn't have enough time to make the drop,

but I'll get it down there early Saturday in case anyone just can't wait to get their grubby paws on it.

It's in pretty nice condition as these fireplaces go.  There are some chipped bits here and there but

mostly on the stack.  There's nice scrape on the front edge of the of the hood but it's mostly on the

black edgeing which could easily touched up if one were so inclined. 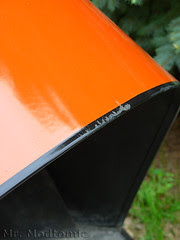 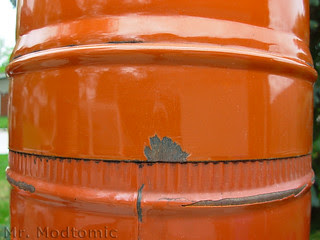 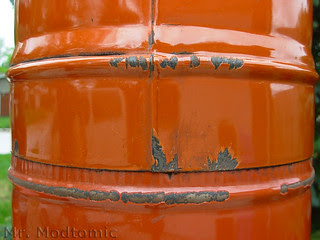 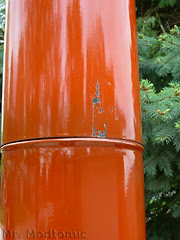 shooting the pics.  I was pressed for time and I wanted to make sure I got some real good pics of the

chips in the paint.  Priorities.  But at least ain't no one going to be surprised when they head down to

The Green Shag this weekend to check it out.
Posted by Mr. Modtomic at 1:10 AM