Ah...The Siren Song Of Unobtainium. This Smashing Set Of Stacking Hairpin Leg Tables Eluded Me For Months...MONTHS!!! And It Drove Me Crazy!!! Status: Stack-tacular? 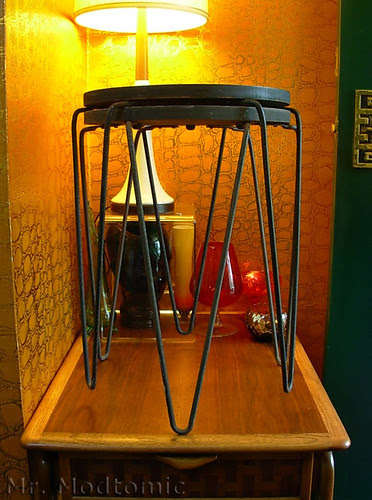 To just see them in a photo...on craigslist...you might think (I did) that these are Knoll...if you know about the Knoll stacking hairpin leg tables.  If not, well...you might just think that they are some cool stacking tables, and you'd be right.  Not Knoll, much to my chagrin. 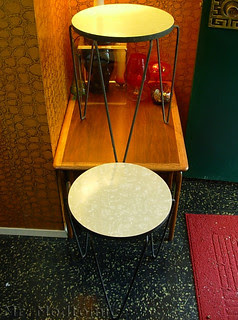 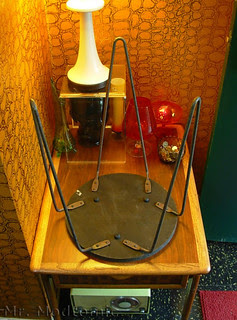 These are much larger than their Knoll counterparts.  I couldn't see this in the photos on craigslist.  They

were listed as "Matching '50s Hairpin Tables".  That they are, but I was hoping they were so much more.

Years ago I found a single Knoll hairpin leg table at the St. Mary's antique mall for $12.  I had it for a

while before I happened upon an online seller who had one and had it ID.  The label on the single table I 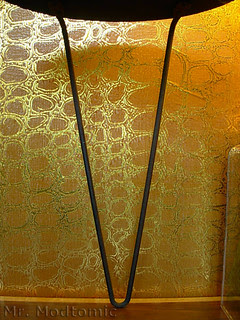 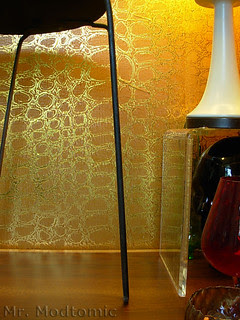 That table is long gone.  Sold many years ago.  When I spotted this (not Knoll) set on craigslist I of

course shot the seller a note right away.  And then waited what seemed for ages for a reply.  At least a

DAY went by with nothing.  I called the number and got voice mail.  I left a message.  Did I hear back?

nothing.  For Weeks.  NOTHING!  After three weeks I gave up.  But man did I want them! 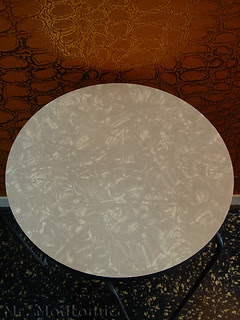 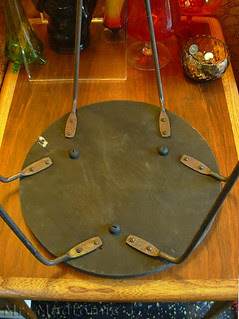 Then, last Tuesday...the beautiful weekday I took off from work...this guy calls me back.  Three

MONTHS after I answered the ad.  I could not help but laugh.  Really?  Turns out the seller had left

the country for the three months as they do every year.  I don't remember if the ad had been up for a

while or not but who places an ad on craigslist then splits the scene?!  Oh well, at least I got a call

back eventually.  But upon actually and finally getting to see the tables...I was slightly disappointed.

Not enough to pass on them but they weren't what I was hoping for.  But that Unobtainium, it had it's