How Long Has It Been Since I Featured My Little Outlet At The Green Shag Market? Too Long? Not Long Enough? Beats Me! At Any Rate, I Dragged Some More Goodies Down To The City Over The Weekend. Status: Flourishing. 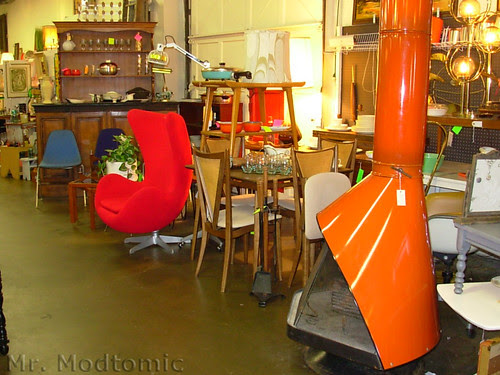 There's a couple of new big items in the booth lately.  Can you pick them out?  I dropped off three of the Eames shell chairs I brought back from Texas, obviously the Majestic fireplace is front and center, just behind that is the swivel, tilt Eames shell armchair and then behind that is the brass "Z" floor lamp. 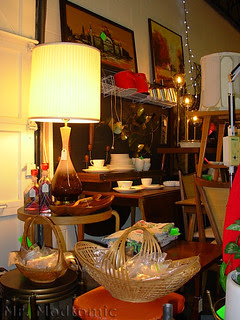 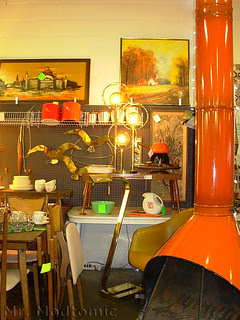 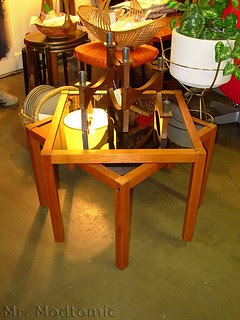 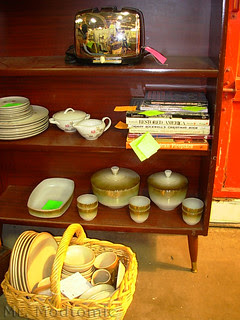 I dropped some smalls in the joint too.  I know it's hard to see but lots of stuff has gone lately and I'm

always having to bring in new things to take up that space.  I need to put some real time in on my booth

and get some new energy popping in here, it's just so hard to take a full day and do nothing else.  I'll

probably pull some of the dusty stuff and drop in some new replacements soon though. 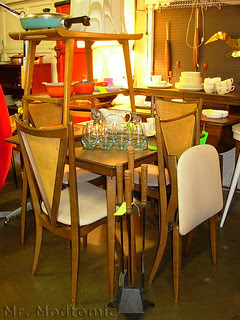 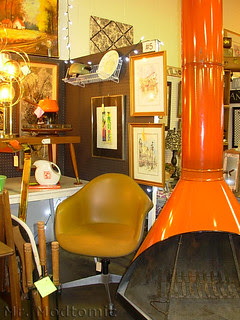 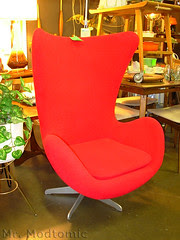 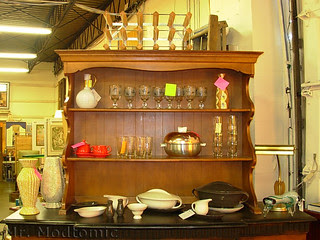 Everybody loves the "Egg" chair but nobody's pulled that trigger yet.  I might move it out to the shop for

a while.  The grey and white Russel Wright has maybe been in here too long as well.  The Girlfriend has

been on me to drag it out to the shop for a while.  I'm not hurting for replacements around here in the pad.

tagged, packed up, taken to the booth and displayed properly! 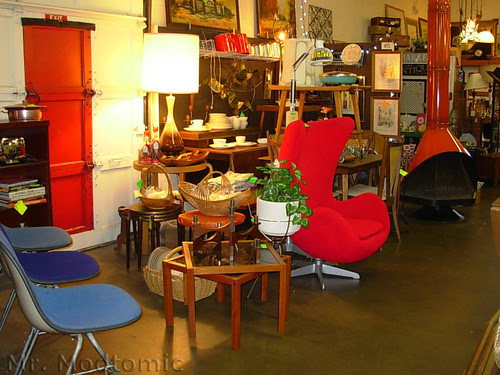 Those two teak and glass tables drive me crazy.  I just can't believe that they are still here!  I love them

and if I had the room for them I'd totally keep them, but there they are.  I guess I misjudged their appeal?

Dunno.  It's a strange game, this.  One of the first things I put in the booth was a pair of kerosene wall

mount lanterns that I thought would sell in an antique mall in a hot second.  They finally sold just a few