You Just Gotta Be Gettin' Sick Of Seeing This Booth By Now, But This Is What I'm Up To At The Moment. Plus, I Can't Really Be Buying Up Much Right Now...Moving The Shop Stock To A Space Half The Size! Status: Gettin' There. 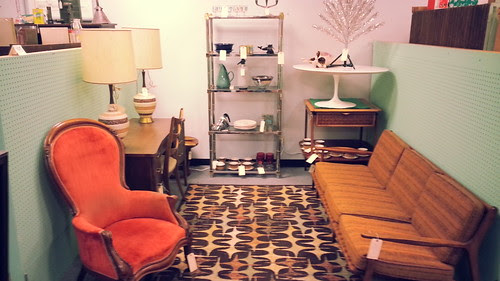 ::sigh:: Honest, I really do wish I was capable of keeping booth 195 this uncluttered. It's just not gonna happen. I got too much stuff and not enough space...anyone could see there gonna be trouble. 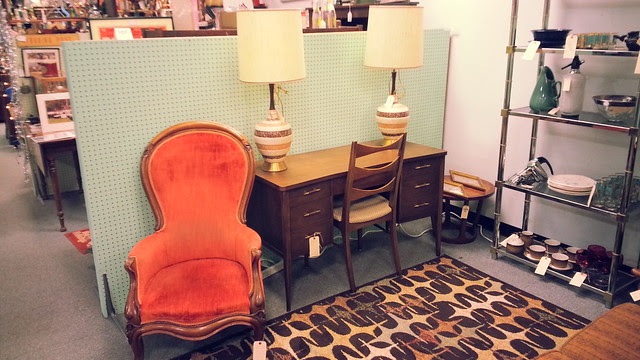 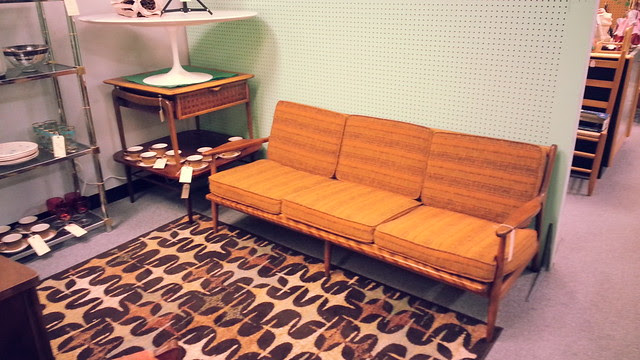 So this is part Three in getting this booth at the Creve Coeur Antique Mall up and running.

Not bad for Two days effort. Of course, I still need to get some shelves up and some art on

the walls, but it's starting to look like a proper booth. Yesterday I splurged on about $50

worth of power strips to safely distribute electricity to each of the three walls. I want to be

able to get to a plug without having to get an extension cord every time. I think the little bit

of planning ahead and spending of cash will pay off in convenience later. 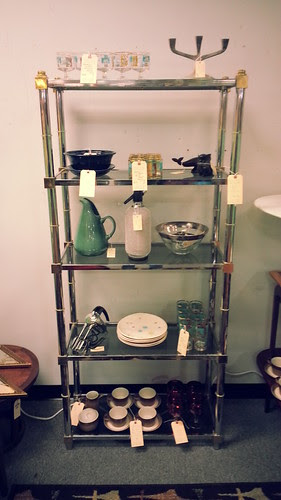 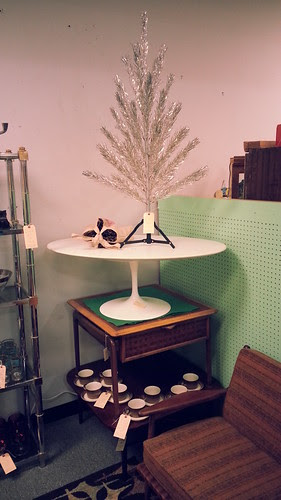 One thing that surprised me was that the pegboard "walls" aren't attached to the back wall.

They stand upright because of the placement of L brackets on the bottom. There are some

small L brackets along the back seem but they're just dangling there doing nothing. I'm

gonna ask if I can attach them to the back wall in order to make the sides a bit more robust.

I'd like to put movable shelves on that pegboard but I don't want the walls falling in on me!

Oh, one more thing...if you want that silver X-Mas tree ya better get a move on. Several of