Ugh, Another Project. This Was (Just Barely!) Found In The Basement Of The House Cleanout Where I Acquired The Baughman Armchairs Et Al. Sadly, No Cushions Were To Be Found...Hence "Project". Status: Waiting. 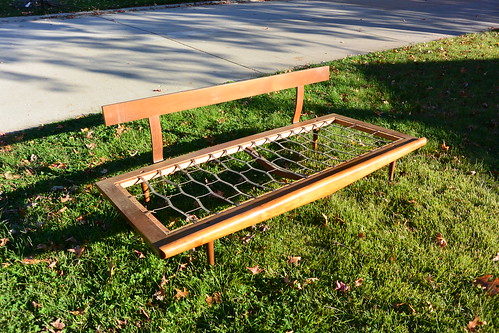 A couple years ago I picked up a pair of Danish style daybeds like this off the Columbia Mo. craigslist.  The eventually found their way to another local (sometime) blogger who has since move way far away off to to Phoenix Az.  Man, those daybed sofas really got around! 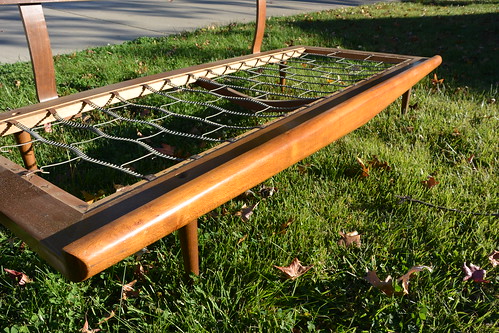 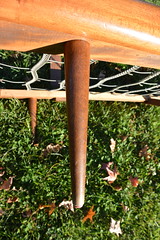 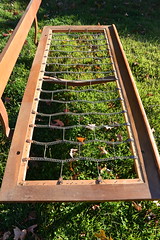 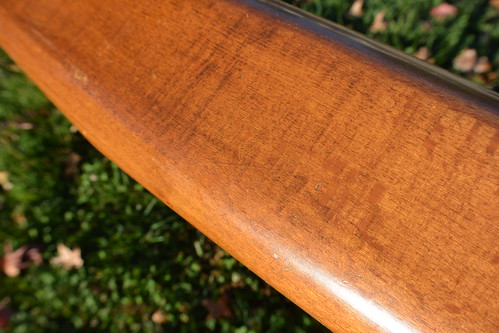 This one probably ain't going nowhere, at least for a while.  It needs cushions.  Those aren't easy to

find.  Actually, last weekend I did find ONE back cushion at the Goodwill outlet!  But it was just one

and the line was REALLY long.  So I didn't buy it.  Sometimes I find daybeds with the right kind of

cushions but with no back support.  I guess these are just supposed to butt up against a wall to keep

the back cushions from falling off.  Anyway, I'll start looking for one of those to donate it's cushions

to this beautiful Adrian Pearsall (ish...c'mon, if you squint you can see it) style sofa. 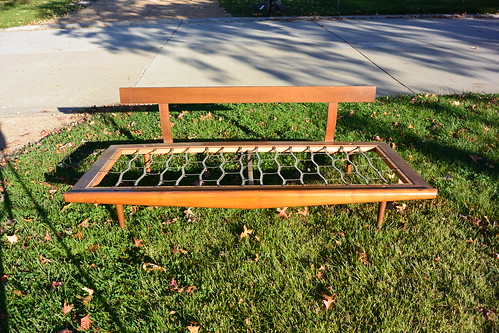 Yeah, this was stuffed away in the basement mostly hidden under a bunch of boxes and bags of stuff.

that I featured a few weeks ago.  There was a lot to dig through but it all had to go and they were

just end up in the dumpster.  I ended up with quite a few good extra items but mostly projects like