So I Tole Ya I Was Gonna Find A Way To Try And Clean The Herman Miller Chiclet Sofa Before Paying The Pros, Right? Status: It Has Begun. 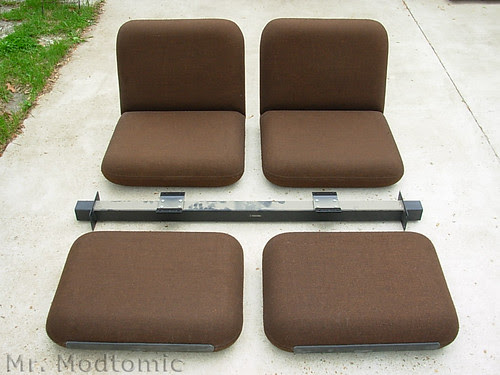 It's just elegant how easy it is to take the Herman Miller Chiclet sofa apart. Just 16 studs hold it together. And it only took one with a wrench to take it apart. Ah cha cha chaaa... (how cool am I?) 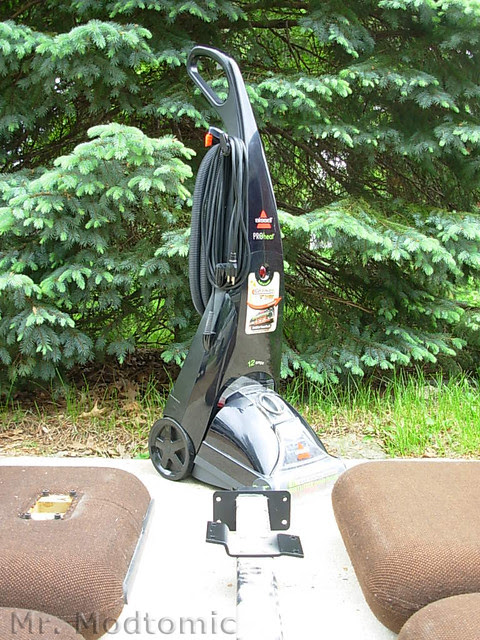 Well....anyway, this stud picked up a Bissel Deep Carpet Cleaner from (where else?) craigslist

a couple weeks ago.  I'm sure I'll end up using it for it's intended purpose but for now it's job

centers around using the upholstery cleaning attachment.  I picked this up late in the evening

after meeting the seller at a Quicktrip gas station without having the option of testing it out first.

A leap of faith.  Good news, it works fine!  Or at least the upholstery part does. 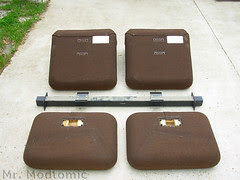 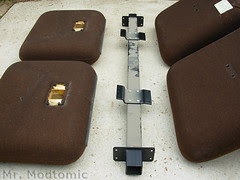 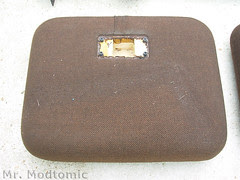 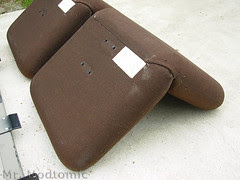 Yeah, I got busy tearing down the sofa so I could scratch my head looking at that Bissel Pro

Heat bad boy trying to figure out how to use it. I didn't get no manual with it. A quick web

crawl revealed a PDF file that broke down the science. 1. Mix some soap and hot water. 2. Put

it in the jug. 3. Push the on button. Got it. So I spent about a half hour spraying, scrubbing and

sucking one of the two side "cushions". But the Girlfriend was looking peaked and frail from

lack of nutrition so we had to make our way to a steak house: Stat. 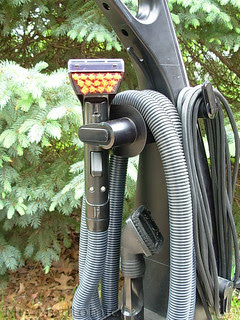 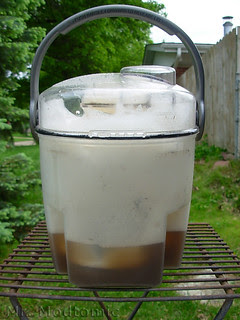 This is what I got out of one cushion. And it could probably use another going over as well. I

didn't really know what I was doing until I had gone over almost the whole thing. I'll probably

hit it again. I ran out of solution (I used a mix of water and Pro Green Kleen, 'cuz I love the

stuff) just after starting the second cushion. Now I have a better idea how much solution to

make ahead of time and how much to spray, etc. I'll have that Chiclet cleaned up and purdy in

no time. Then onto all those other upholstery bits that need some stud action.  I'll have some

"after" shots of the pieces as soon as I get them done.  The one that I got clean today was still

slightly moist and I didn't think it would make for a good "after" shot like that.
Posted by Mr. Modtomic at 6:28 AM

Email ThisBlogThis!Share to TwitterShare to FacebookShare to Pinterest
Labels: Before and After, Estate Sale, Herman Miller, How To, Mod, Sofa