Back In Town. Back To The Projects. Pulled The Frem Rhojl Set Out And Got Started. Status: It Has Begun. 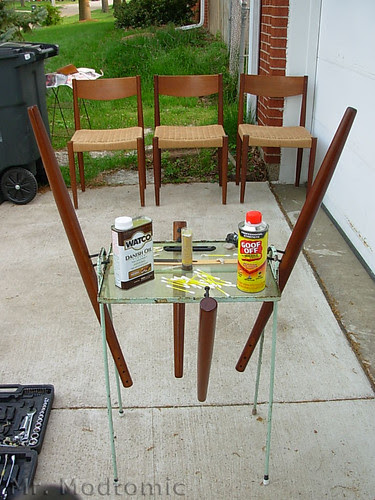 You might remember this set of Hans Olsen for Frem Rojle danish dining chairs that I dropped a post about a few days back. I had just procured the set (from the localest of local Goodwills) and hadn't gotten a chance to so much as wipe them down. Well, I opened the Garage door this afternoon and they were easiest to grab. 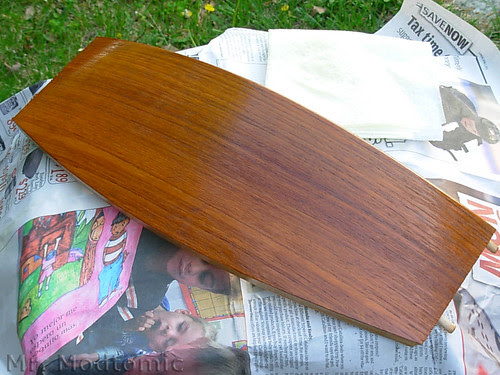 So out they came and off to the hardware store I mozied. I had to pick up a can of Danish Oil,

and after pulling the one wobbly leg off, I found that I needed to repair a screw hole. I picked up 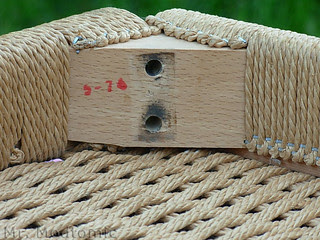 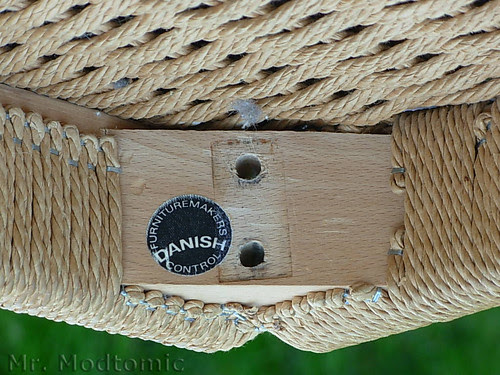 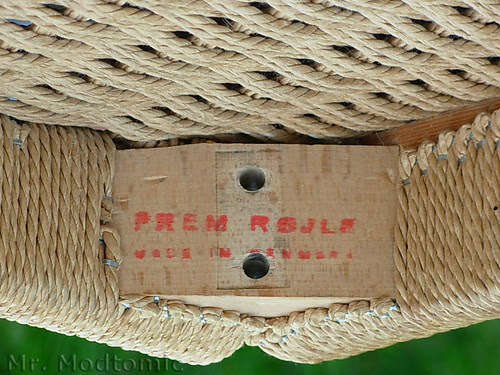 ::Sigh!:: I finally located the maker stamp after performing a quick and easy breakdown of one

(and a quarter - to fix the wobbly leg) of the chairs.  These chairs are so simple to take apart.

Just 10 screws hold them together.  I was a little worried that they might not be marked. Not

but a wee child!  That'll make these 38 years old in May.  I think it's time they got a little cleanup 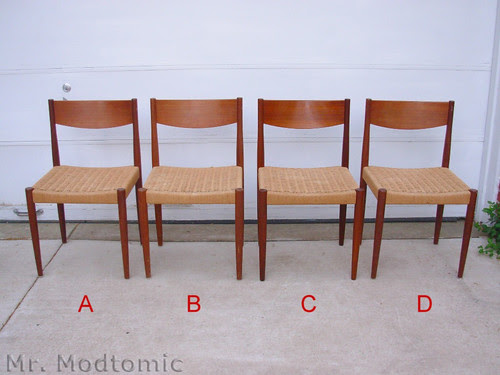 home from San Fran.) to go get my supplies, pull one chair completely apart, clean it up and rub

it down with the Watco Danish Oil.  Can you guess which chair got the spa treatment? 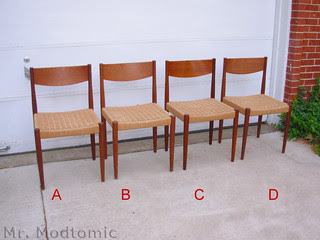 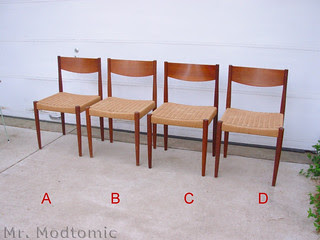 been rubbed against a painted surface and that the paint had been transferred to the leg. After a

splatter on them. Some asked how I get the paint off. I've been out of town for a while and

haven't been doing my duty as per answering the comments (but I'm gonna! Promise!) but here's

my little "secret": I use Q-tips with Goof-Off. 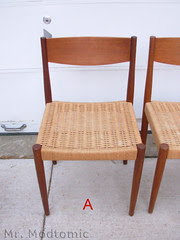 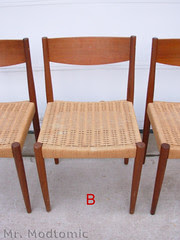 dissolved and transferred to the Q-tip. This process will remove a little of the finish with it so only

do this to something that you'll be refinishing to some degree. The Goof-Off seemed to remove a

made any irregularities completely disappear. 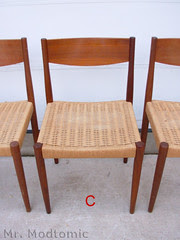 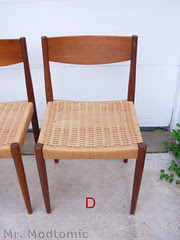 The "technique" seems to work great. Except for the little bumps here and there the wood looks

great! I've managed to impress myself. When I get them ALL done I'll take more detailed before

and after Danish Oil application pics. Now if I can only lighten the ciggy burn marks...
Posted by Mr. Modtomic at 1:50 AM

Email ThisBlogThis!Share to TwitterShare to FacebookShare to Pinterest
Labels: Before and After, Chairs, Danish, Dining set, How To, Mobler, Refinish, Thrift Store