Saturday's Estate Sale Hopes Didn't Pan Out But I Had A Backup. I Had Spotted This Eames Segment Base Table The Night Before On C-List. Status: Indestructible! 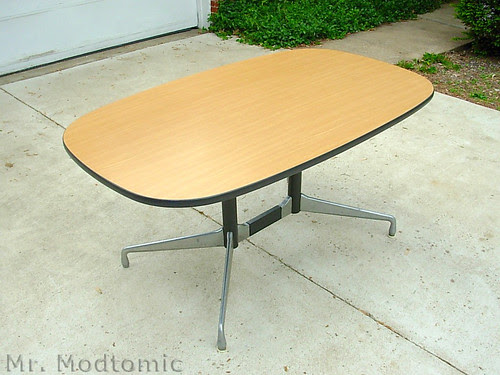 I was hoping to have brought home another Drexel Declaration dining table and chairs Saturday after waiting outside all night to be the second in line but the price just wasn't right.  After a nice long nap I awoke to find I had a reply to an e-mail that I had sent off the evening before about this Eames / Herman Miller Segment Base Table.

shoe shop / estate sale.   The price just wasn't right (for me) on that table either.  Sometimes you

just gotta know when to say "nope" and walk away.  I did drop a bit more bank on a Herman

Miller Chiclet Sofa than I might normally for a couch at that same sale, but those are much less

common a find as an Eames table.  As a matter of fact, this is my second genuine article! 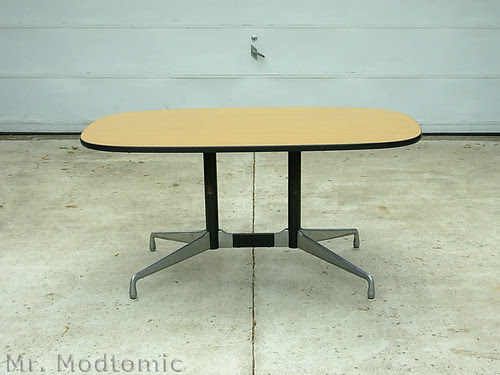 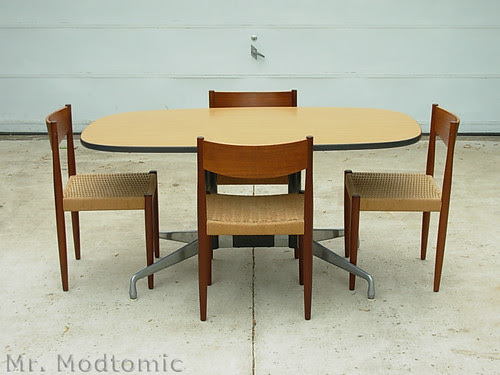 Looks mighty fine with those Hans Olsen Danish chairs, don't it?  This is one of those great

stealing the show.  It's gorgeous without being flashy.  Even the ultra durable formica top looks

really nice.  This would be a great table for anyone with kids.  Indestructible.  They could

probably color on it with markers and it would most likely come clean.  And just like the Hans

Olsen chairs, the table breaks down into easy to store or move components! 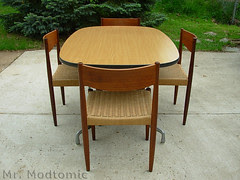 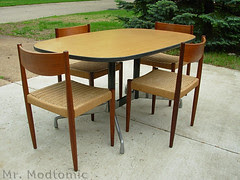 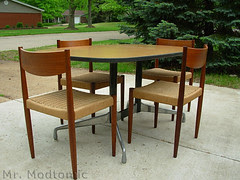 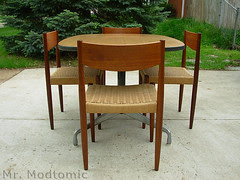 of paint but the only real issue is a missing glide. Looks like it might not be an easy item to quickly

replace. I kinda kicked around on the net and can't seem to locate a cheap replacement. I can't

imagine that a New glide from Herman Miller would be a cheap option. Anybody know a used 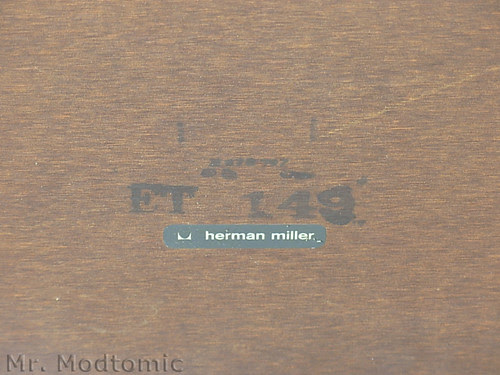 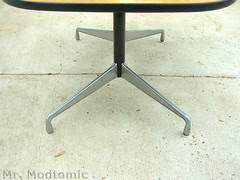 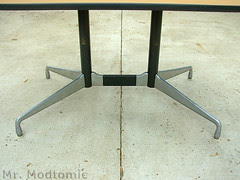 So my Saturday wasn't a total bust. As a matter of fact...after picking up this table we stopped at

that I'll share later. Yeah, I napped through the rest of the rain, got some smoked pulled pork and

beef brisket for dinner and scored a great table anyway! As Adam Sandler once said: