I Found Some Interesting Lighting On Craigslist The Other Day. The Pics Weren't Great So I Wasn't Sure What To Expect. Status: Pleasantly Surprized! 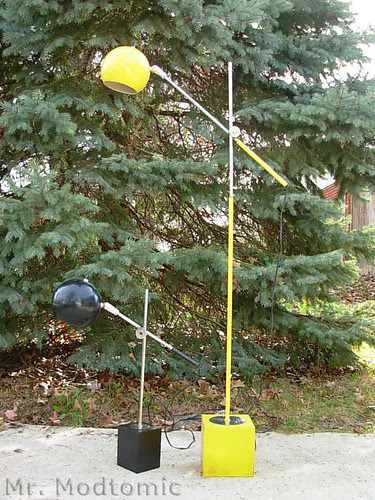 This lovely pair showed up on the list a few days ago and oddly enough, weren't snatched up crazy quick like you'd think!  They weren't overpriced as far as I could tell (obviously...you know me!) so I guess they just got overlooked. 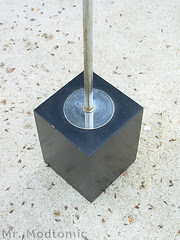 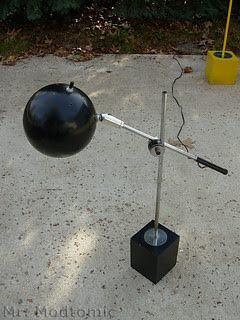 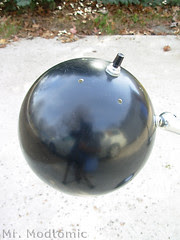 shot me a text about the pair after I had already conversed with the seller.  Few action so legitimize

interest in a craigslist item like a fellow connoisseur asking what you think!  Nick and I will do this

often.  Shoot each other text about items we see at thrifts, on craigslist or which estate sales look good.

It's also nice to know that my feeling that there really is enough of this stuff to go around is shared.  As

a matter of fact, I put him onto a $25 Le Corbusier lounge reproduction that I spotted on the list just

yesterday!  I'm wondering if he's gonna go get it though, 'cuz if not...well, I might not be able to resist 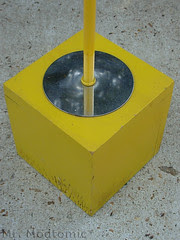 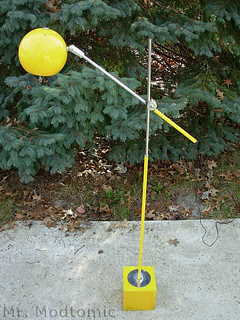 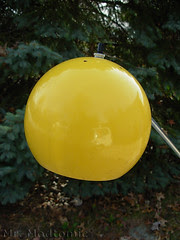 But this set, it's all mine.  I initially spotted it on Tuesday and asked if the seller would mind delivering it

to me at work for an extra couple of bucks.  I didn't hear back from him until well after we could have

met but he said that he'd be happy to deliver it the next day (that being yesterday).  I wasn't down with

the delay as so much can happen in a day.  I asked if I might be able to pick it up after work but that

wasn't an option and I had to settle for waiting.  My pessimism was unfounded as the seller texted me

as anticipated and we made arrangements to meet.  The rest is history.  You can see the result.  I was

a little apprehensive about the condition, asking the seller to deliver the set.  I'd have hated having him

drive in from the county and then have to pass on them.  Again, no worries.  Yes, they aren't perfect

but they are serviceable and not banged up or anything.  The paint on the yellow base is a little chippey

but I wasn't about to split hairs.  These Sonnemans were sold.
Posted by Mr. Modtomic at 2:02 AM