Here's Some Much Better Photos Of The Trio Of White Vases That I Snatched Up At The Estate Sale Over The Weekend. I've Rarely Seen This Finish On This Make Before. Status: Lucky Find. 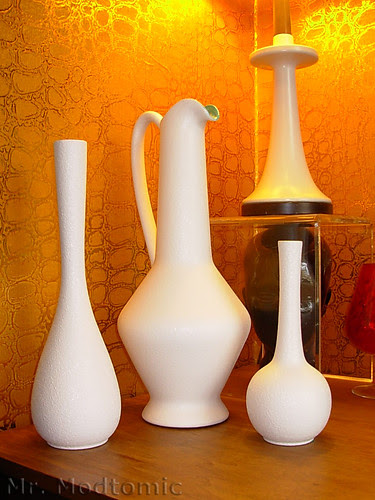 The second thing at the estate sale that fell upon my eyes (after the pair of amazing but questionably priced retro lamps) was this trio of white and seafoam blue / green vases.  They were priced sorta middle of the road.  If I were to flip them there's room but they weren't dead cheap either.  I think (because the Girlfriend said so) that we'll be keeping them. 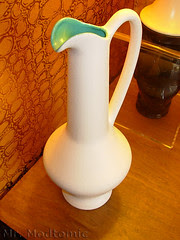 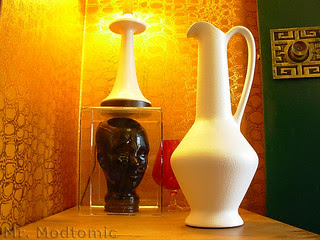 The shape of these pieces just screams 1960 modern, yet are still classical at the same time.  I've

similar but not an exact match.  The finish of this other ashtray is slightly rougher but very similar

and it is the same color.  It's a slightly "popcorn" finish somewhat like the ceilings so reviled by new

owners of homes built in the 1970s.  I personally dig those ceilings and I bet they'll be appreciated

some day in the near future! 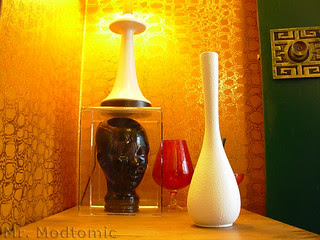 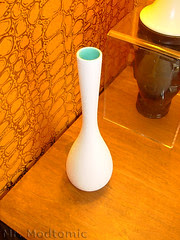 These vases are made by Haeger and are of the Royal Haeger line.  Haeger still makes ceramics

to this day but the Royal Haeger line is pure vintage.  These, along with the aforementioned ashtray

will soon be a nice focal point in the living room...as soon as I get it free of "booth stock".  It's a

jungle in there at the moment, but that'll be changing soon. 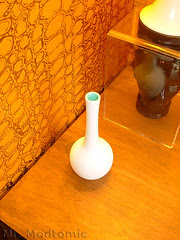 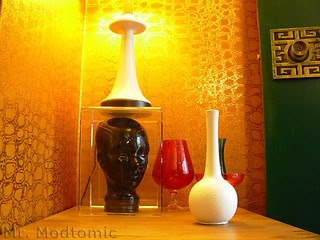 Royal Haeger collection that I've built up. I probably don't need both. It's a beautiful line and I'm sure

that whether it get's picked up as a lot or gets split up, it'll make somebody else happy.
Posted by Mr. Modtomic at 2:57 AM