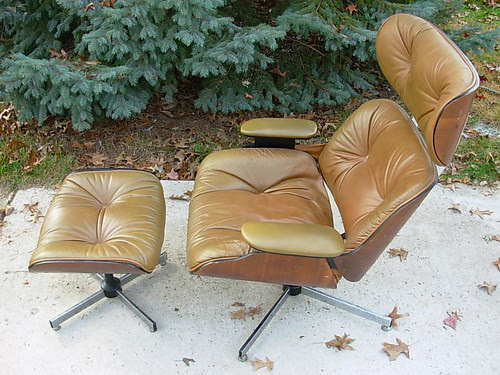 I was feeling a slight twinge of envy at everybody else's good luck at finding cool chairs lately 'cuz I hadn't got my random fix when, while out trolling the thrifts yesterday, I remembered to take a moment to quickly scroll through "the list".  Bam!  "Problem" solved. 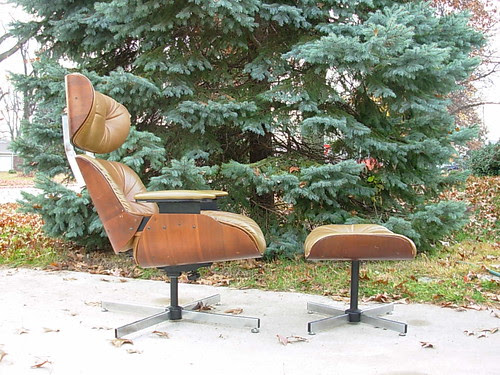 The seller had a phone number (thank GOD!) included in his ad and because I was browsing on

away.  Even though the ad was about an hour and a half old and the asking was very reasonable,

somehow this Eames style lounge chair and ottoman was still available!  I played the "smart-ish"

me over the phone. 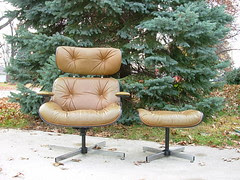 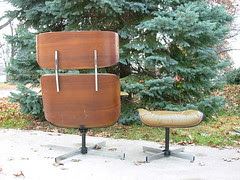 He did and I simply copied the text and plugged it into Google to get a map.  Unfortunately the

map that popped up immediately was the last map that I had used...and I just started driving in

that direction.  Damn.  I got most of the way there before I looked at the map again to get my

exit number from the highway.  That's when I realized that I had just drove 25 minutes in the wrong 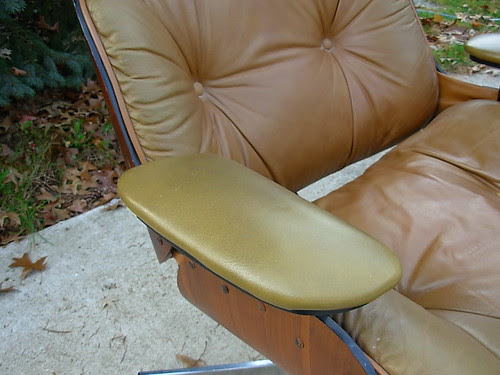 But, as you can see...it all came out in the wash. I immediately called the seller to let him know that

I made a boo boo and he was cool enough to wait another 25 minutes for me to show up. I had just

enough cash on me to buy the chair and ottoman AND get enough gas to get home...mostly because

I was just checking the traps and not out for big game. So I arrived home victorious...and broke...

and ate a bowl of Ramen Noodles for dinner! 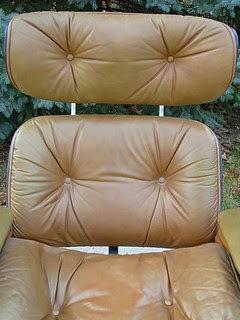 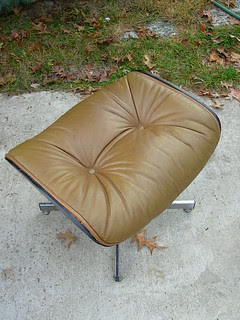 Ah, the spoils of victory! If anybody is interested, this will soon be available at The Green Shag

Market - Booth 44 after some cleanup and will be priced fairly reasonably...and if you miss this

one, I think I might have another avaiable soon.
Posted by Mr. Modtomic at 10:28 PM