The Saturday Morning Estate Sale Swag. Not Quite The Score I Was Hoping For But We Takes What We Can Get. Status: Not The Full Monty. 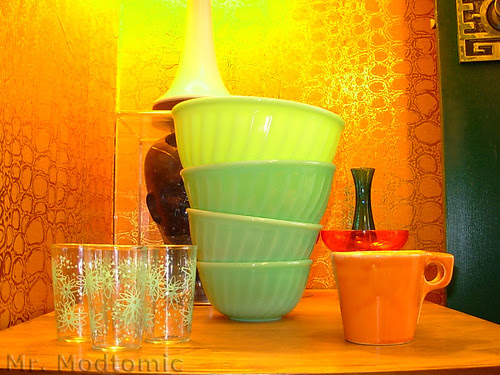 This is just a portion of the estate sale takings from Saturday morning.  There was lots to choose from and I think everybody who showed up got their due.  I missed out on some of the cooler items but some were just a little out of my comfort zone, price wise and others were just gotten too before I could spot them. 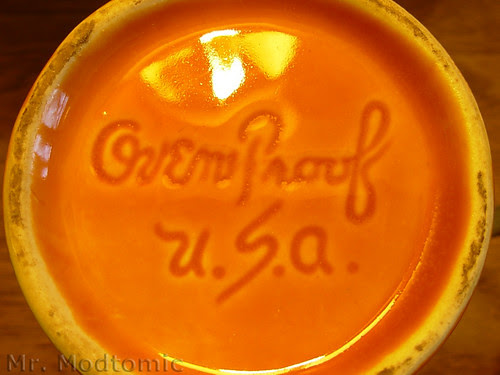 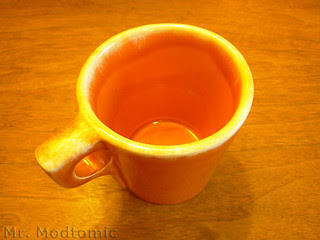 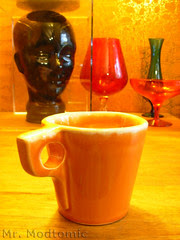 You might know, if you've been reading this blog for a while, that I don't like partial sets or singles

of items.  But I picked up a single mug like this a while back, then luckily found a second a while

back.  Well, now back in a pickle.  There, on a table of smalls at the estate sale, sat the third.

Now I've got three...THREE!  That'll never do.  My teeth'll be on edge until that fourth shows up.

Don't the finish remind you of a Dreamsicle? 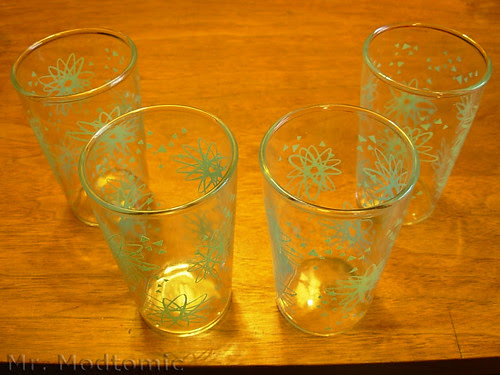 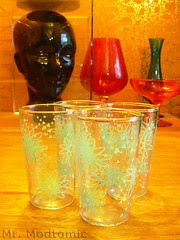 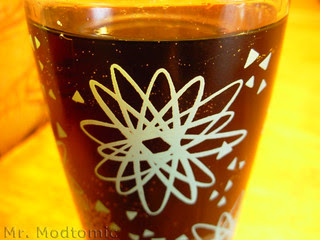 gonna hold on to them around here for a while first. 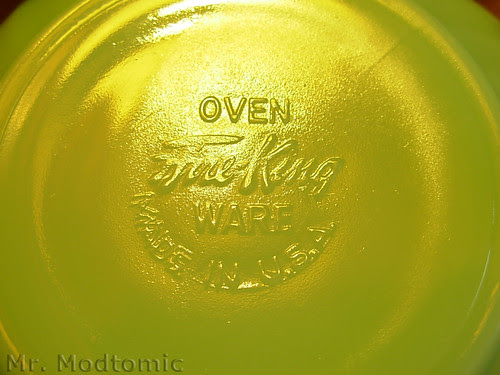 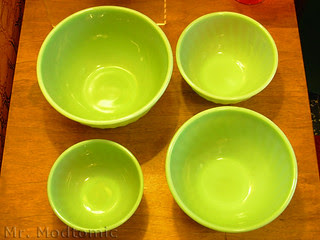 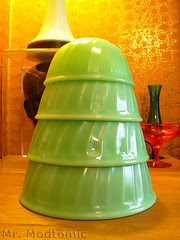 These were a lucky score. I had seen them in the pics on the web for the sale but I was pretty

sure they were scooped up right away Saturday morning. After looking through the sale a couple

of times and having made a little pile of items to purchase, my partner Illuminate spotted these

behind a table that had been set up for the jewelry case items. We both thought that they were

there being held for another buyer but nope, they were there I guess because they thought they

might get broken. We scooped them right up! Nice. Sometimes you just get lucky.
Posted by Mr. Modtomic at 6:02 PM