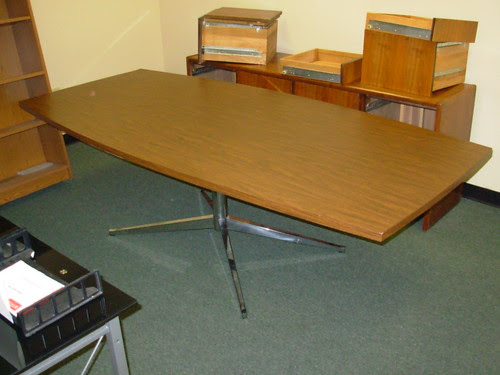 This conference table came so close to being adopted by Mr. Modtomic! Do you know why? Take a gander inside if you're scratching your head. 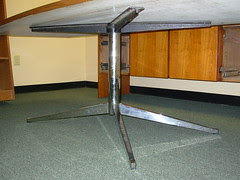 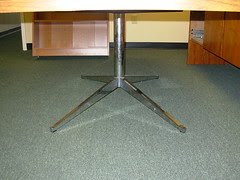 seem to be much to this table, does it? You know it would have to be well

sturdy and stable though. And since it's contract furniture it's gotta be pretty

heavy duty. But why on earth would Mr. Modtomic consider buying and strapping

this to the roof of the Volvo Wagon (no roof rack!) then drive home nearly 700

miles like that? Why on earth would he want an 8 foot long conference table at all? 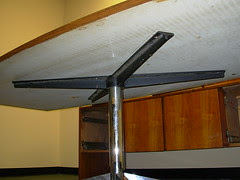 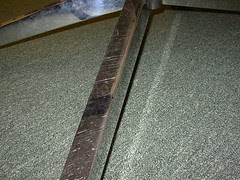 Well, first of all...I didn't buy it. It was just a teeny bit too rough. It was SO hard to

leave behind though. I not only felt disappointed not buying it for the condition

issues but also felt like I was letting the seller down too. I couldn't hardly believe I

was the ONLY person who had responded to the craigslist ad! But I did clue the

seller in on why I was SO interested in the table to begin with.

off but it has all the right stuff as far as I could tell...except for the stamp or tag.

Dang! One Stamp on one of those legs or a tag on the underside and this would

have just made my year! The seller was asking $100. If this had been stamped it

chipped off and all the corners of the table top were pretty banged up. 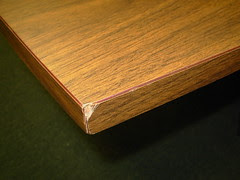 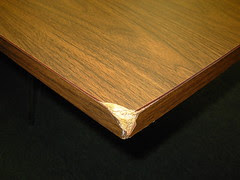 I just couldn't pull the trigger on this. Instead I shared my knowledge with the seller

bought it soon (the seller REALLY just wanted it gone). Wouldn't the base have

made a great dining or kitchen table? Or maybe a base to a great Mod desk