This is What Was In The Back of Frank (the wagon) Yesterday. I Picked It Up Before Work So I Had To Take The Pics While On Break! Status: Oh The Lengths I Go To Share! 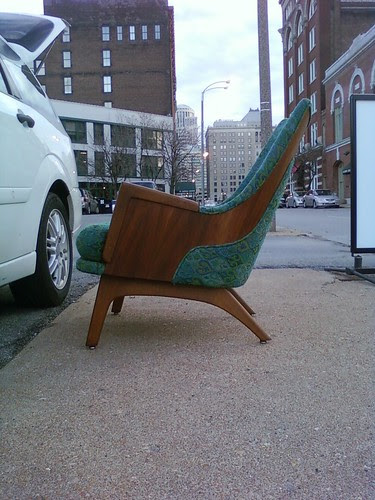 Wow, Right? I think I pissed off another potential buyer who was waiting at the sellers place when I arrived. I assume they were hoping I wouldn't show or I'd pass on buying the chair. Not A Chance! As a matter of fact, I paid double the asking price! 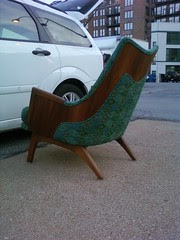 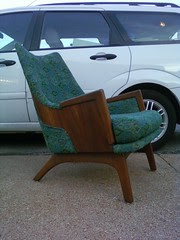 I think this would have been on eBay next week if I hadn't bought it yesterday. I'm

not 100% sure but I think the other potential buy was Momoderne. Whoever they were they

left as soon as I made the deal. 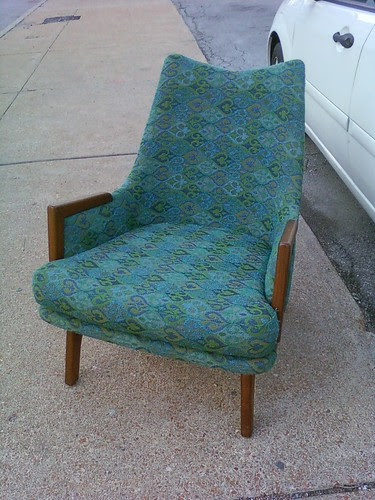 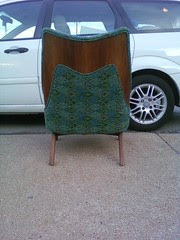 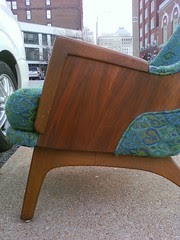 Associates. Sweeeet! I think this is a keeper! Dag, I'm finding too many "keepers"!

The seller listed it on craigslist for just $25. ::shakes head:: I can't BELIEVE I

managed to snag it. I spotted the ad last night when I got home from work. The ad

had only been up for a couple hours and just described it as a "vintage chair".

Without seeing the picture I might have passed it by, but I shot an e-mail off as

fast as I could offering $50 for the chair. The seller had a phone number in the ad

but it was about 11pm so I thought I better not call. She answered my email about

20 minutes later and we worked out the details. Score! Still, I had to get up and

out of bed early this morning to go claim my prize, and I am not a morning person.

So I paid even a little more than double the asking if you ask me.
Posted by Mr. Modtomic at 12:31 AM