Much To My Chagrin I'm a Collector Of Metlox Navajo. I Finally Unpackaged This and Cleaned It All Up. Status: Not Too Shaby! 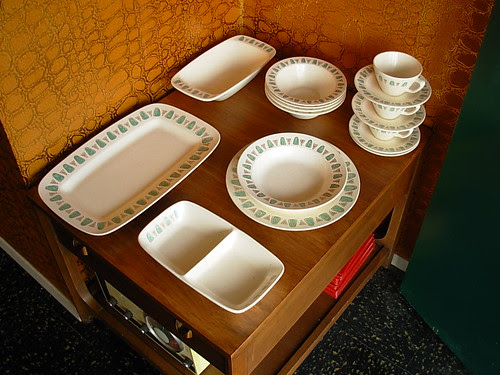 Oh Dang, it just occurred to me that I forgot to picture the two console dishes that I have of this pattern! Use your imagination and put a matching pair of console dishes in these pictures!

Oh well, you've no doubt seen the console dish before. I've had one for sale on

my ad for a long time. I guess I'm keeping it! I don't mean to sound like I don't

really want to collect the Navajo, it's just that I've liked it so long and haven't seen

much of it available. It's hard to find! 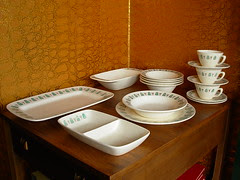 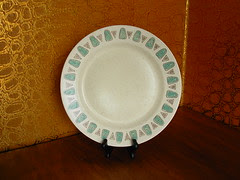 the set on two of them and I had to trash one and I might have to trash another.

Only one was spared. It was still a great buy. 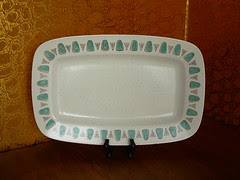 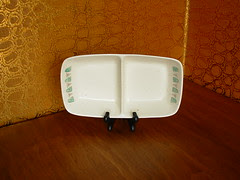 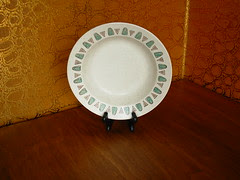 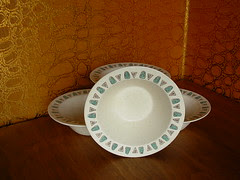 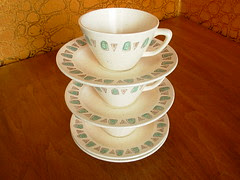 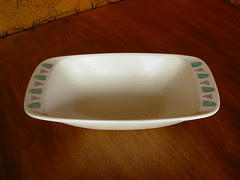 So everything else is in pretty nice shape. There is a small chip on one of the four

saucers but I only got three cups anyway. I won't be actively seeking out the

completing pieces for this. I'll let serendipity fill it out for me. It seems to be doing a

pretty good job already. Have you ever looked at all the cool stuff you have or

could more thoroughly enjoy all these things!"? If so, don't tell anybody else.

They'll think you're weird, but I understand!
Posted by Mr. Modtomic at 12:05 AM