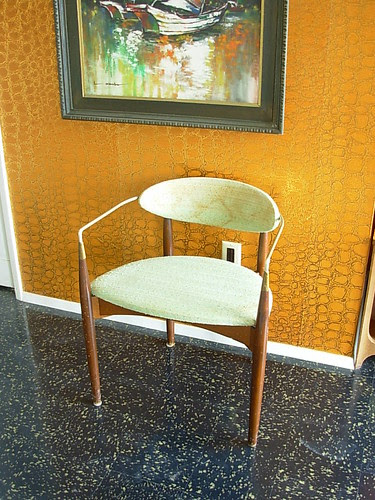 Not a bad C-list find, right? It was just described as a vintage chair and was included in an ad with three other items. I had seen one before on someone else's Flickr page, but I didn't know what it was. After doing a little research and due diligence, I realized it was designed by Ib Kofod Larsen and made by Selig (Blatant Mis-attribution! - Turns out it's actually a Viscount Chair by Dan Johnson!)

...and may be worth a bit more than I have invested! I might be keeping it though. Having a pair

Then again, it's not like it matches the style of the "Z" chair in any way. Maybe I'll place it in the 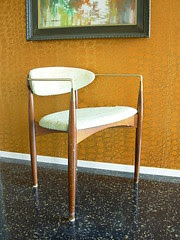 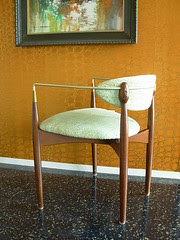 The wood and metal needs some attention too. Luckily there aren't any REAL dings or dents in

the wood. It's almost purely in the finish. Shouldn't be too difficult to clean that up. There are

however some "nicks" in the arms and the, I'm guessing here, lacquer finish of the brass leg 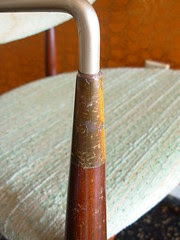 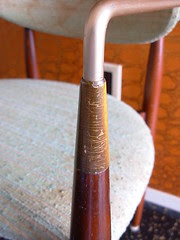 I love the upholstery that is on it but it's pretty stained. I might try to remove it, clean it and

replace it. If that doesn't work I'll have to find some appropriate fabric to replace it. Sad thing is,

Goodwill but didn't buy it. Doh. What was I thinking? 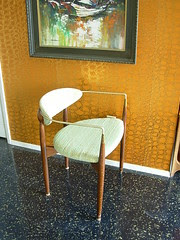 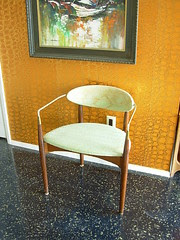 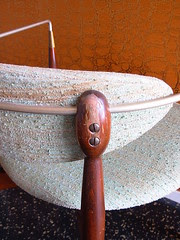 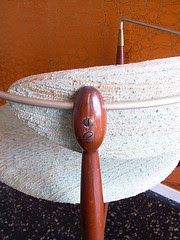 The chair looks like it'll be easy to disassemble for refinishing. Just a few screws hold the seat

and back on. I'm not entirely sure how to remove the brass caps or the aluminum arms yet. 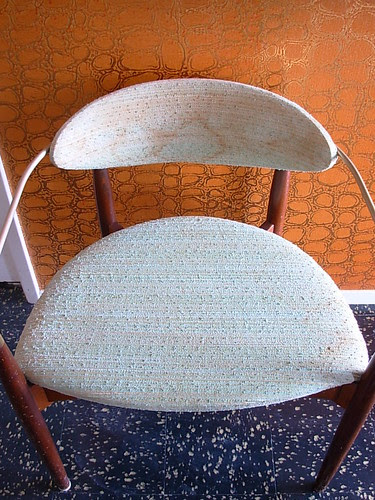 Does anybody have a "name" for this chair? Seems like a lot of these iconic designs have a