Some More Smalls To Keep Them Shelves Filled. Seems Like Most Of The Work Of Keeping A Booth In An Antique Mall Is Collecting, Tagging And Transporting The Smalls! Status: Gotta Do What I Gotta Do. Yup, those shelves ain't gonna stock themselves!  And lots of times, it's these small items that pulls your butt out of the "didn't make rent" fire.  So, even thought it's such drudgery (it's so not!) I still gotta get it done. 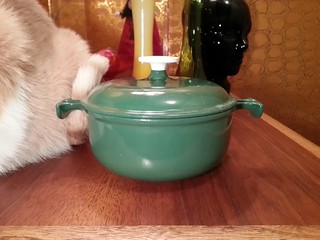 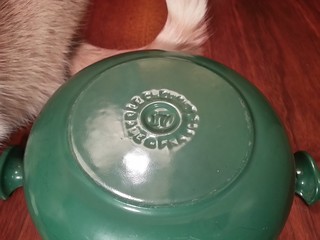 featured yesterday.  For such a little pot it sure is heavy.  It's basically a cast iron pot slathered in

baked on enamel.  It's kind of a big deal.  It's a shame they didn't have more...I'd have bought it all! 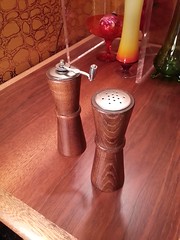 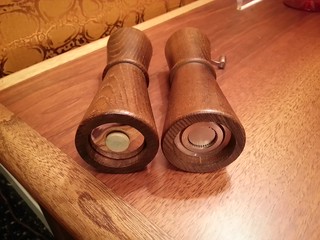 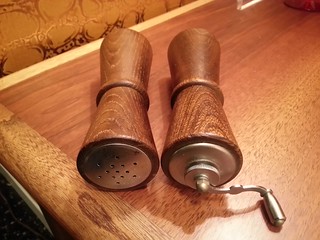 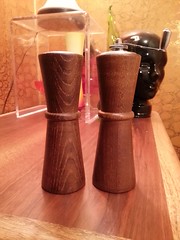 Ha, the Girlfriend thought I was buying these for Her!  Just 'cuz I'm buying Salt and Pepper shakers

don't mean it's for her.  She's got plenty already...and Surely somebody else needs a nice set of walnut

seasoning dispensers.  It's my job to see that they get them!   That's a fantastic set too, don't ya

think...especially for having picked them up at the thrift store.  They aren't all banged up or covered

in kitchen yuck.  It's nice to Not have to clean something up before photographing and tagging it!
Posted by Mr. Modtomic at 3:19 AM