One Of The Many Offerings I'll Be Serving Up At The New Shop (Fleur De Lis Home Source - Frenchtown) Is A Very Fine Broyhill Saga Desk...That Needs A Chair. Can A Lane Ladder Back Fit The Bill? Status: Scrubbed. 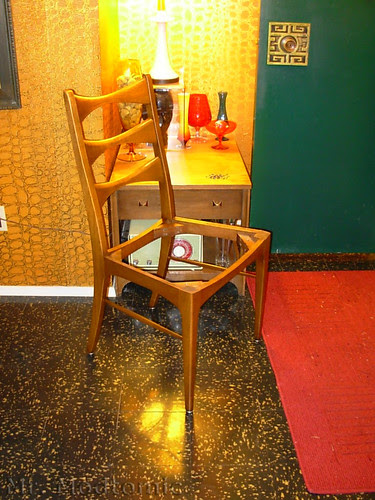 I haven't had a chance to recover the seat (Jezus...that seat...it was SO disgusting) but last night I pulled this out of the garage to give it some much needed love.  Yikes, it was nasty.  It had been stored in a basement for years and it was coated in every one of those years worth of detritus. 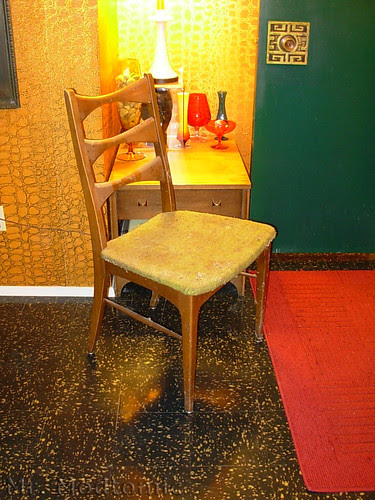 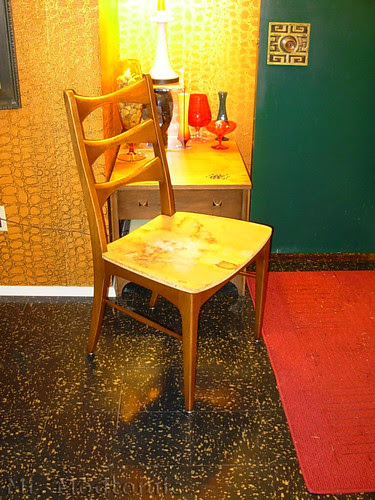 Of the three chairs I picked up (for free) out of that basement, this one was the only one that could

be saved.  One had a broken and missing stretcher between the front and back leg and the other some

missing material on one of the spars in the ladder back.  These issues were not plainly apparent when I

pulled them out of the basement...because it was dark down there and like 19 degrees out that day.  Oh

well, like I said, they were free.  I can probably still use the one with both stretchers and just paint it, or

pull one of those stretchers to repair the other chair. 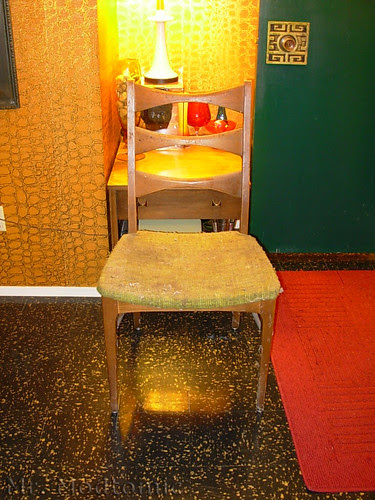 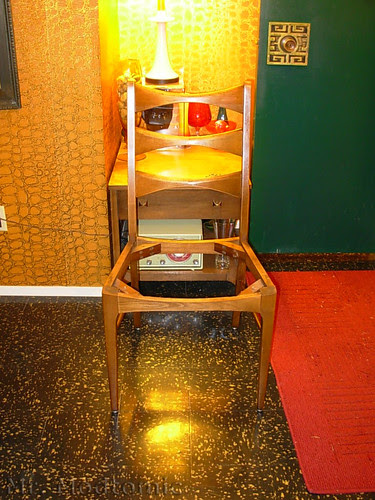 This one cleaned up real nice.  I scrubbed it down with a bottle of Murphy Oil Soap and a roll of paper

towels.  That's a bit of an exaggeration, but not much.  It was pretty bad.  After the layer of...mud...was

removed I broke out the 0000 steel wool and the Walnut Howards Restore-A-Finish.  It won't profer

miracles but it does a good job of bringing new life back to neglected wood.  That little bit of magic

worked wonders on this chair. 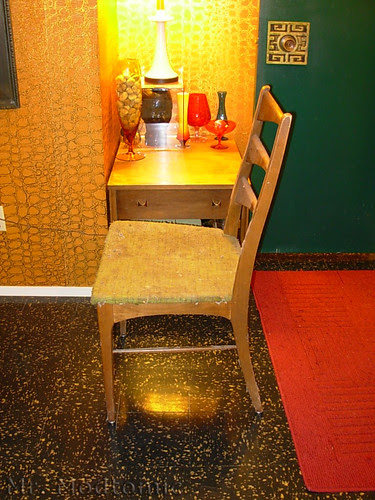 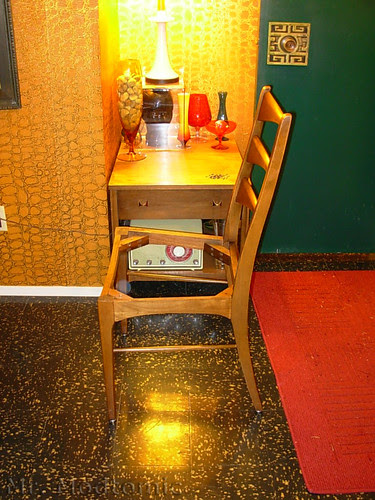 up with my Broyhill Saga desk that I've got available.  It needs a chair and while it obviously won't be

a match, it'll do the job.  I've actually go four Broyhill chairs out in the garage, but I've also got three

Broyhill dining tables and I think keeping the chairs as a set is really the best course of action.  I'm sure 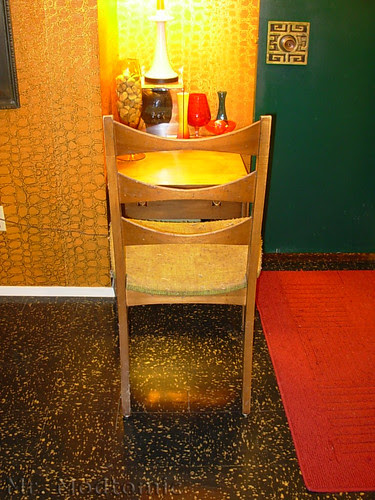 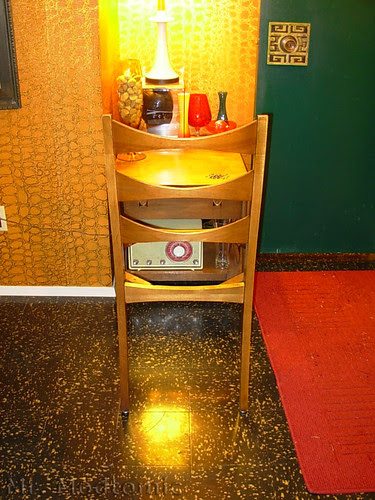 shop, which is filling up nicely, without cutting into my capacity to keep my Booth at The Green Shag

locations to better serve You!
Posted by Mr. Modtomic at 2:22 AM