In Case You're Worried That I'm Spending All My Time And Energy Working On The New Shop Here's Some Current Pics Of My Booth At The Green Shag Market. Status: Stuff Out - Stuff In. 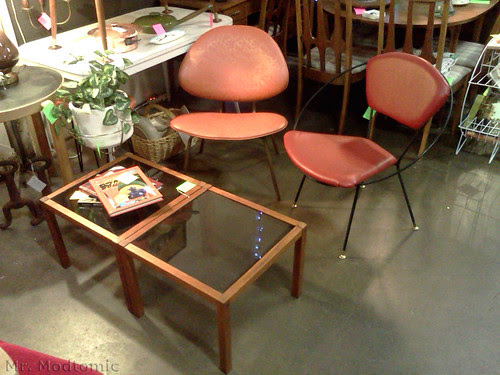 Over the weekend I got a text from Dan at The Green Shag Market that a number of items in my booth (#5) had moved on to a better place.  A number of side tables and lamps and such were snatched up and I thought it might be a good idea to bring in some replacements.  My other buddy Dan, who's been refinishing my Broyhill Brasilia tables, texted me that the leaves for the Drop Leaf Extension dining table were done so I thought, two birds...one stone.  Time to make a trip. 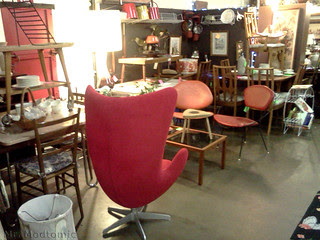 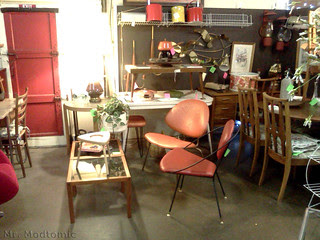 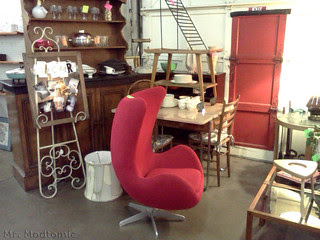 Sorry about the questionable quality of the photos. I had the real camera with me but the batteries

died on my before I could shoot anything! Oops. Oh well, the backup cell phone camera would have

to suffice. At least I tried to steady the "camera" with my tripod and I think it offered limited help. 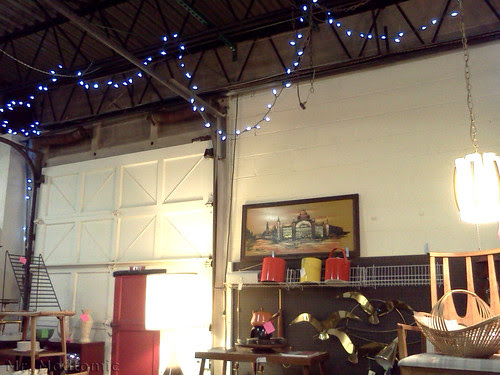 Here you can see the twinkle light that Dan and I put up.  OK, I brought them in and DAN put them up.

ladder away from me.  While I'm sure that they do draw some attention to my booth, they didn't have

quite the affect that I was hoping for.  I thought that I'd be able to loop them lower all along that rafter

but then we realized that the big door wouldn't be able to be opened if we did that.  And they aren't really

as bright as I thought they'd be.  Oh well. 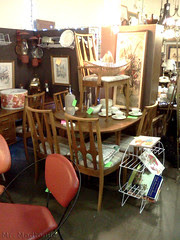 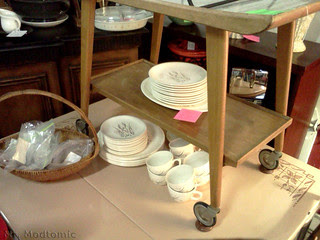 And then on top of that, all but one of my table lamps got bought up this weekend! I had a bulb in one

never had one. I got to get some new lighting in there. It looks so dang dark with just the one table lamp!

As you can see in the second photo above, I dropped off my Anton Refregier dish set by Paden City 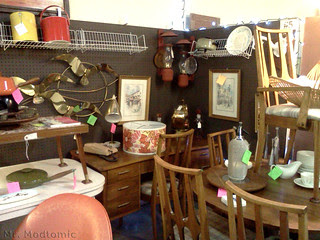 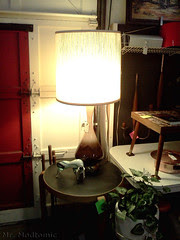 that I've set up as a sort of coffee table and I brought in the hoop and red vinyl chair.  I had to do some

re-arranging to get them in...even though a bunch of stuff just went out the door!  Where does all the