I Never Even Heard Of Ben Seibel Before Reading About His Designs On Mid2Mod And SecondHand And Now I Got His Stuff Littering The Joint! What's One More Piece?! Status: Small Reward. 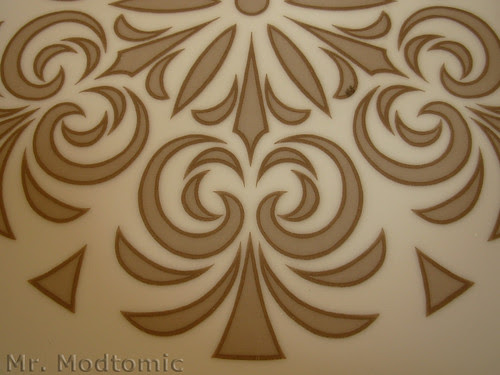 I jumped up before dawn Saturday morning in the hopes of scoring a decent set of United Furniture Corp. bedroom pieces. There was an estate sale in a storefront down in South City that was comprised of two condo sales. I was there only for a dresser and chest of drawers...and was there first in line, but alas...it was too pricey. 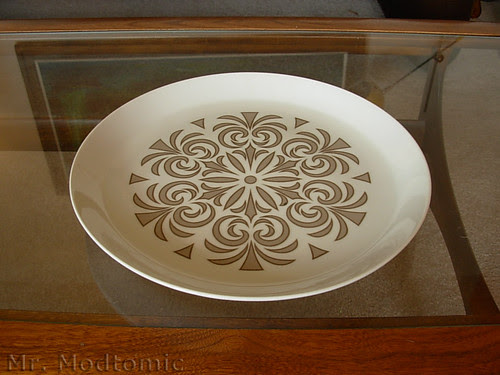 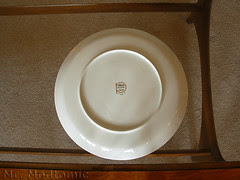 So after getting up way before sun up and waiting in front of the storefront for hours in the cold (OK...

mostly in the car...but it wasn't like sleeping in bed!) I managed to get into the sale first and had the

golden opportunity to snatch up that United set of chest and dresser. The problem with estate sales is

it's always a gamble. I wanted the set but, like shopping on eBay or other auctions, I had to set a limit

at how much I was willing to pay for it. The sale company had priced the set higher by a full third than

my limit. I had paid the price to have "first dibs" but I just couldn't cough up the cash. As a result, this

Ben Seibel platter was the only thing I found that day! At least it's a beautiful consolation prize. Seems

ol' Ben got around to lots of manufacturers. Papa was a rolling stone! 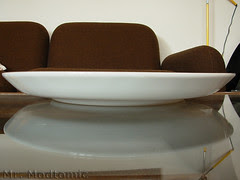 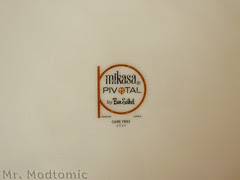 Oh, and the Girlfriend has been bugging me to get her a set of fireplace tongs for ever. She doesn't

care if they look ugly sitting next to the fireplace like I do, it's all pragmatism and no idealism when

she's futzing with the fireplace. I, on the other hand, am happy to struggle with less than ideal tools if