Didn't Do Much Shoppin' This Long Weekend (Except For An Estate Fail) But I Did Pick Up These Couple Items Last Weekend. Status: Half Score. 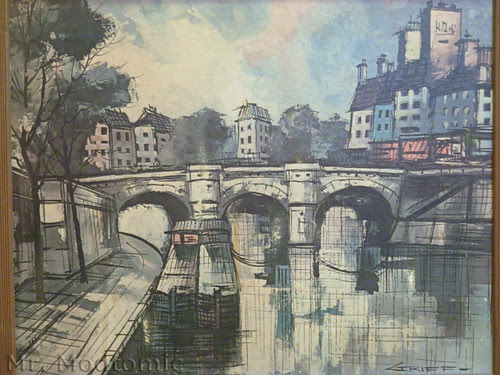 I love this little print that I picked up at a thrift in St. Charles last weekend but it's not really in too good a shape.  I'll probably still put it up in my booth since it looks fine from a distance and I'll put a cheap price and an "as is" tag on it, just in case someone just has to have it.

I was hoping that I'd be able to clean this up a little better than I was able to.  Some of the detritus came

off but there is still some light staining on the surface.  With all the different colors it's hard to tell in these

photos, but I know about it and I just don't feel comfortable selling it for much.  It's such a shame because

I really love the subject and style.  I've got nothing on the artist. 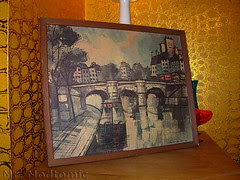 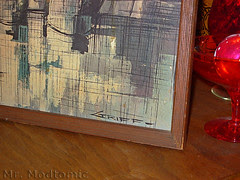 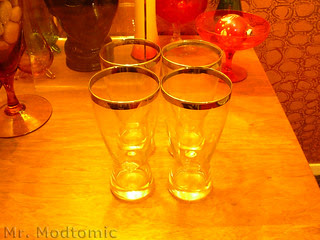 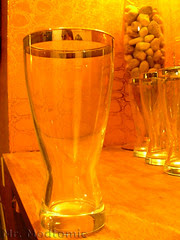 Ever seen Dorothy Thorpe style / Mad Men era beer glasses? I picked these up at the same time as the

print above. At first I wasn't going to grab them up as there were just three sitting together, but just as I

for all of them. They're pretty cool but have lost a little bit of the rim decoration. I'll probably hold onto

these for a little while but I've just got so much barware now. I gotta let some of it go! Sometimes the