More Mod Stereo Coolness from Days Gone By. This is Long Gone and Somewhere In New Orleans. Status: Out-a-site...but not Out-a-mind! 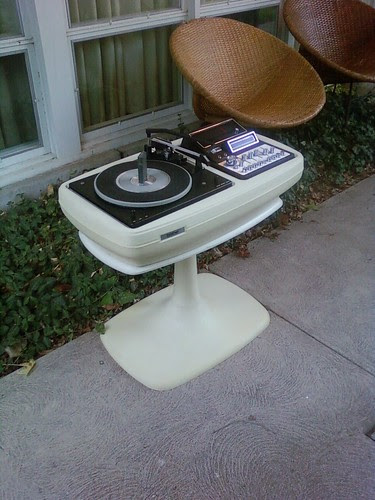 I picked this up off craigslist specifically for an acquaintance in New Orleans a while back. Sadly he had some bill issues and had to re-sell it. How often will you come across something this Mod-tastic?!

Right, made by Brother. The typewriter manufacturer? How weird is that? This all

in one has a turntable, AM - FM - Stereo, and an 8 track built in. It sounded pretty

good too. Especially when I hooked up those white B & W Rock Solid bookshelf (or 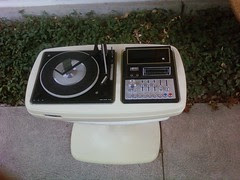 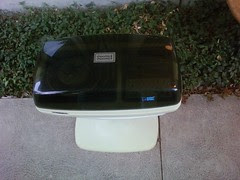 Can you believe how good the condition of the cover is? This is obviously from the

bought it from had it out in his garage. It's a miracle it never got broke or seriously 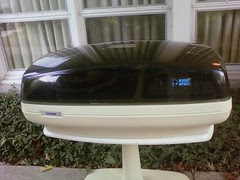 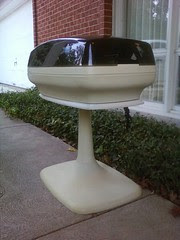 I almost wish I had kept it, but the guy it went to is a much more serious collector of

cool audio! He also got two pair of those Zenith Barrel speakers from me. The

second set was near mint. I found them at the Big Bend Antique Gallery and felt

really bad since they looked SO much better than the first set that I found for him. I 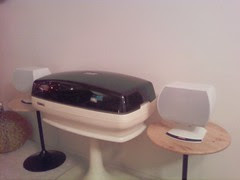 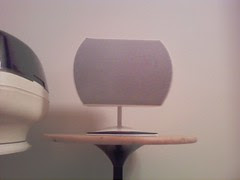 Brother? They were produced perhaps 20-30 years apart! I have another set of

the B & W speakers that I'm using now. They aren't just cool looking, they handle

a lot of power and sound pretty good. Some day I hope to find a nice (and cheap)

set of Bose 901s and a vintage Bang and Olufsen stereo to power them!
Posted by Mr. Modtomic at 1:52 AM