What The??? I Guess I AM Collecting the Navajo. Like I Had Any Choice! Status: Thrift-ucopia! 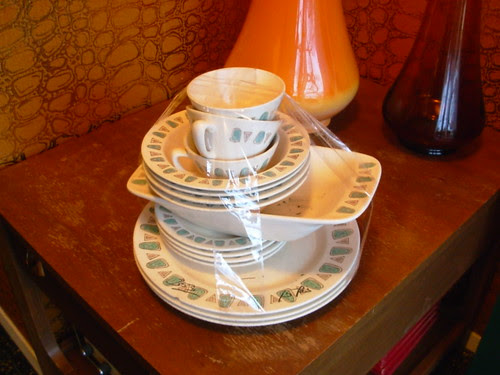 This alone might have been enough to satisfy The Urge, but no...there were scores a-plenty all week long!

Yup. I snatched up a nice little addition to my Metlox Poppytrail Navajo earlier this

week. It was just Sitting there! I HAD to buy it! The stars were aligned "Just So". I

haven't even unwrapped it yet. As you can see...there is at least one chipped

dinner plate. Otherwise it looks all to be pretty good. Great...another pattern to 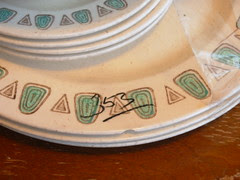 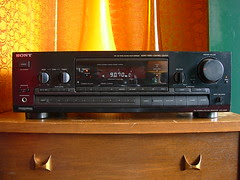 Not everything to be had at the thrift stores is going to be vintage. Sometimes it's

just a deal too good to pass up! I found this Sony 4 channel surround sound

receiver at the Salv. Army thrift store mid week. It's a really nice unit and sounds

great. I'll probably end up letting it go on craigslist as I already have a Sony 5

channel surround sound receiver connected to the TV. Or it might end up in the

Garage for entertainment out there. ::shrugg:: Dunno yet. 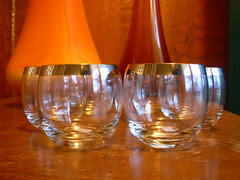 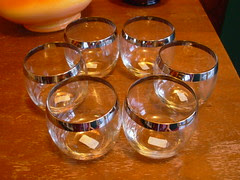 Yeah, more Roly Poly Dorothy Thorpe style glassware! I even got compliments on

this set As I Was Paying For Them. They are so classy. Everybody can appreciate

these, even if they aren't into the Mid Century thing! 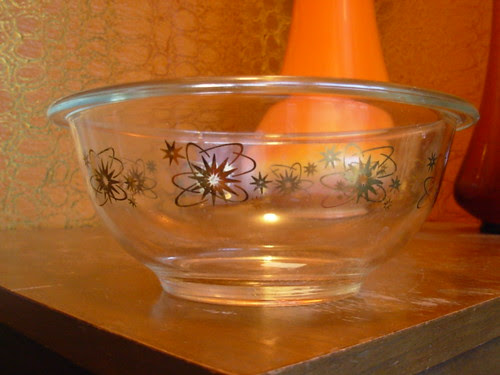 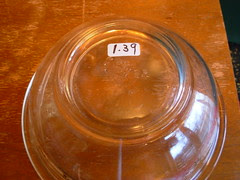 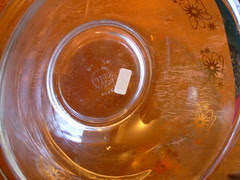 Cool Pyrex dish, right? Did ya see the Starbursts and Atomic shapes? I found a

picture of it complete with holder and lid on Flickr. I'm not really partial to the lid

but I'd like to find the holder and find a glass lid for it. I couldn't find a name for the

pattern though. I know some of you are really into the Pyrex and whatnot. Can you 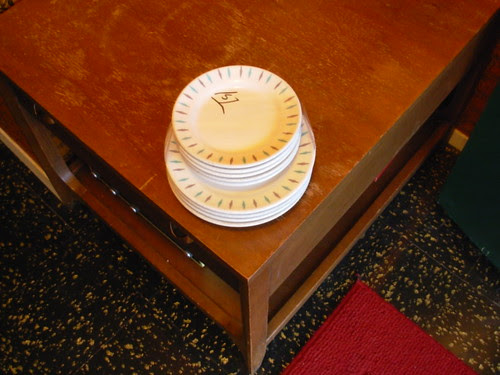 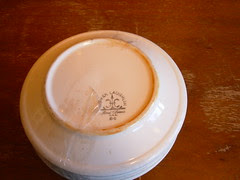 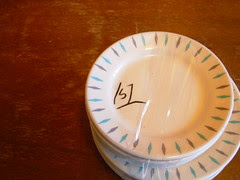 And looky, a couple pieces of Homer Laughlin china in a mod sorta pattern! Again,

I haven't unwrapped them yet, but I think that 4 of them are saucers. Again,

anybody got a name for this pattern? If not, I can probably find it online later. 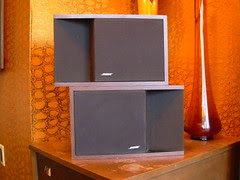 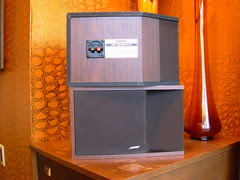 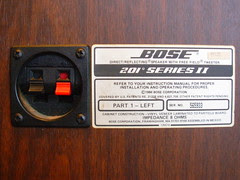 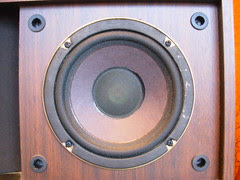 bookshelf speakers. Bose knows their stuff. These are great speakers. They