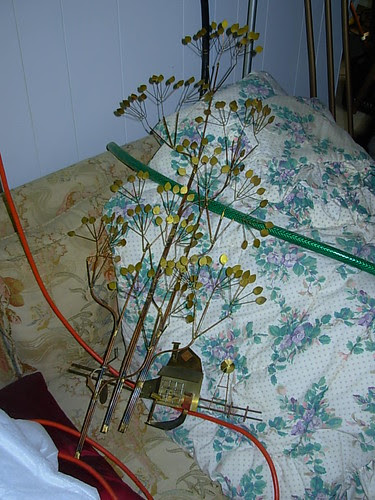 Yup, it's a crummy pic...I know. But a Curtis Jere looks great just about anywhere, right?

Especially an $8 Curtis Jere! With the Tags Still On! I know, you're thinking "of

course Mr. Modtomic gets this, he probably sat outside in the cold ALL night

yeah, some sleep was lost. Plus there was this great program on PBS last night as

half hour until I dozed off. 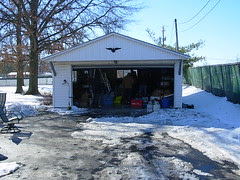 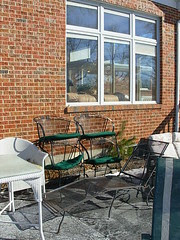 So I managed to get to the estate sale this morning at about 9:30 am. Nobody was

waiting at the door so I was ostensibly "first" in line. After about 10 minutes the 20

their "place" in line. There were no Numbers for this estate sale mind you. They

just decided amongst themselves to distribute imaginary Numbers and keep the

order in their heads. They were none too happy that I didn't care to play along.

me and the door. 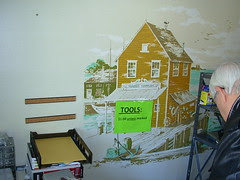 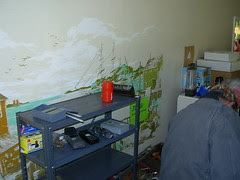 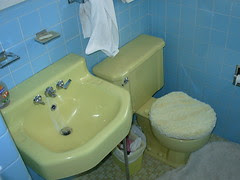 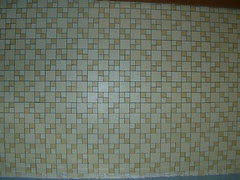 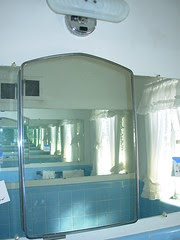 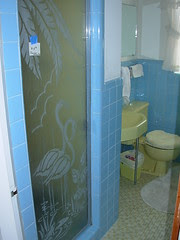 ::Sigh:: This Home Is Being Taken Down.  These Beautiful Vintage Bathrooms Will Soon Be Gone. 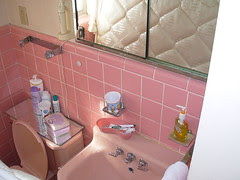 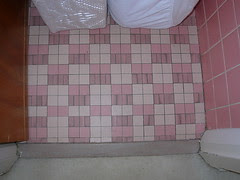 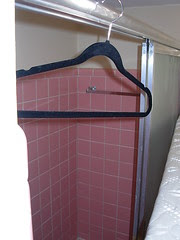 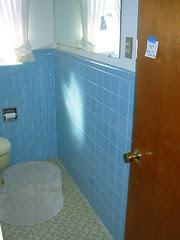 Whateve' ::shakes head:: There wasn't anything at this sale to get worked up

about. I was only there because there were some Salterini Tempestini patio chairs

in the pics on the ad. I've already got a set of these so if I missed out on these, I

wasn't going to cry. If it had been something important, things might have gotten

ugly and there would have been a number of pretty disappointed buyers...behind

is a totally different animal though. I have no problem with line tickets. No line

tickets??? Be prepared to wait by the door, because I am. 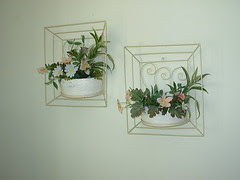 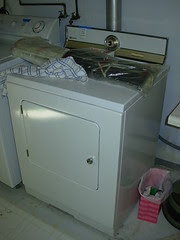 It didn't matter though. I got into the house pretty quick and then realized that the

patio furniture would likely be outside ON THE PATIO! Did I mention that this was

Morning...and I don't DO mornings. So I turned right back around and headed to

the patio. They weren't there...or in the garage. Doh. So back to the line, which

was Still filtering into the house. I waited until everybody got in and then started

trying to figure out where they would have hid these chairs. Turns out they were in

the basement. When I found them one had a price tag on it (which I promptly

removed), but the other did not. I guess someone wanted just the one. ::sigh:: 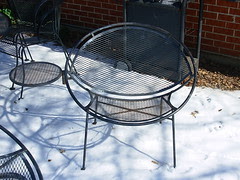 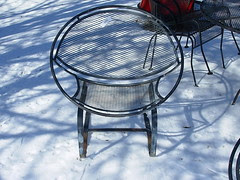 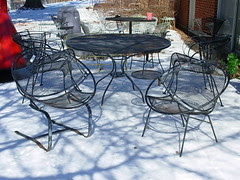 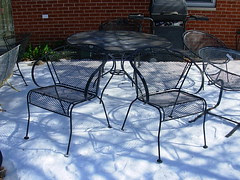 The Salterini Chairs And Patio Table W/Chairs Back At Home.

chairs) and turned my attention to the rest of the sale. I didn't see ANYTHING

upstairs but the basement is where I usually find the stuff I like. I poked around for

a few minutes when the C. Jere sculpture caught my eye. At first I thought it was

Signature! Sweet. But it didn't have a price tag on it. This usually means that

someone took it off and will be coming back for it. But that is usually reserved for

large items like furniture. So I decided to take it to the cashier / host and ask. 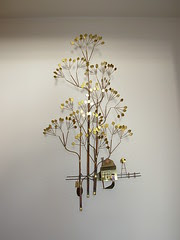 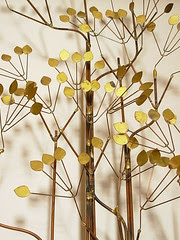 Turns out they just hadn't gotten around to putting a tag on it! She priced it right

there and I bought it right away. I took it out to the car and when I came back to

now had a price tag on it! So I took it off and trotted back upstairs to pay for it as

well. Of course by now there were about 30 people in line to pay so that took a

little while. It was OK though, the people I was next to were pretty fun and we had a

good time commenting on just about everything. 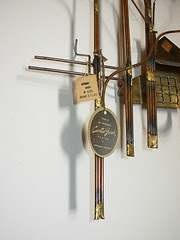 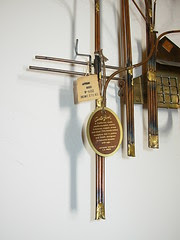 So I got both of the Salterini Tempestini chairs that I had come for, plus I got a

only $78. That might be the BEST estate sale score I've ever gotten! It's at least

as good as the Franciscan Starburst dishware from two weeks ago. It's a toss up. I

guess it depends on what criteria I use to judge. Anyway, this just goes to show

that you don't have to be first in line to get the coolest stuff...just lucky (and know