I Just Dropped Off This Fantastic KEM Weber Style Lounge Chair At The Booth In Creve Coeur After Spending The Afternoon Cleaning It Up All Pretty. It's Amazing How Well Vintage Chrome Cleans Up. Status: Available. 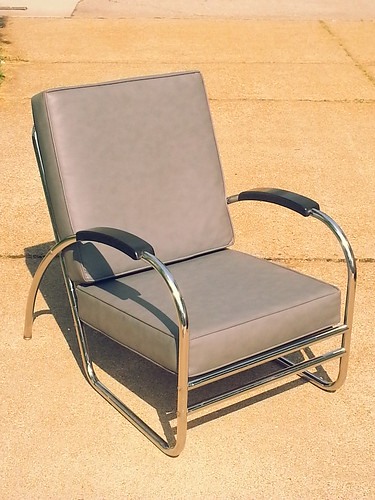 I picked this lovely KEM Weber style chrome and vinyl lounge chair by Royal Metal a few days ago from a seller who had thought they were gonna "get in the game" so to speak...but then they had off spring instead.  Kids'll do that.  Their gain...is my gain! 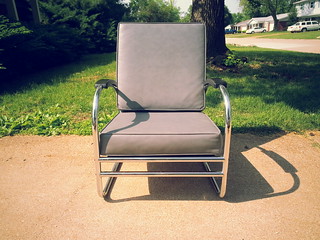 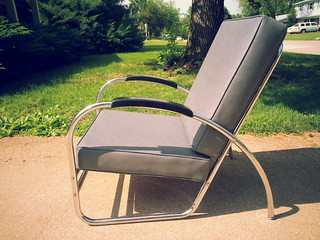 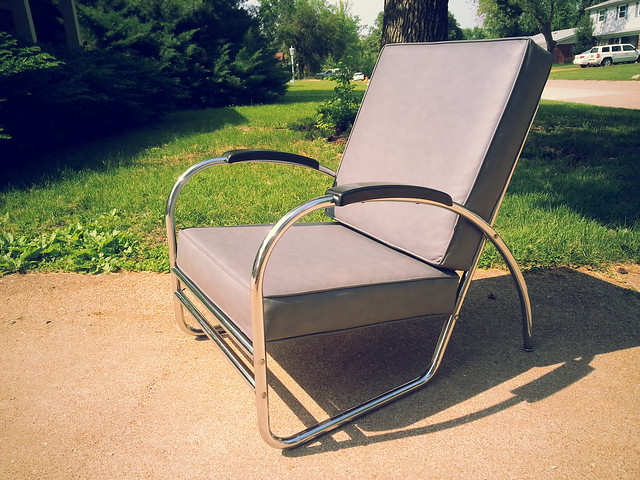 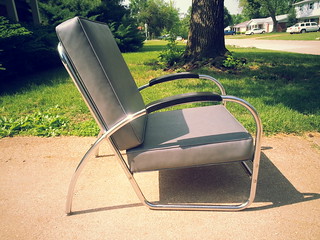 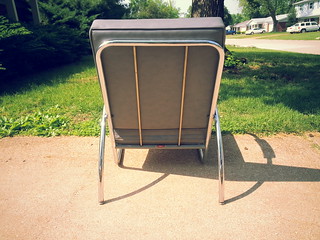 It was a mess, but I was surprised that I was able to snatch it.  It had been on craigslist for a couple of

hours before I had a chance to notice it.  We were in the process of trading in the Girlfriend's Ford

Fiesta (The Flirt) for another car...which I'll, of course, show ya later.  Anyway, the seller called me

to make it over and pick up the chair.  Nope.  It took forever. 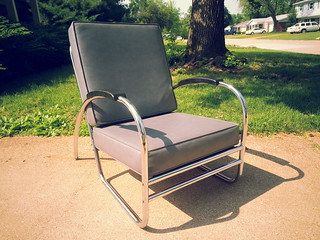 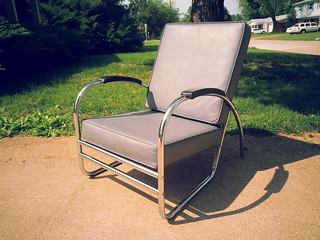 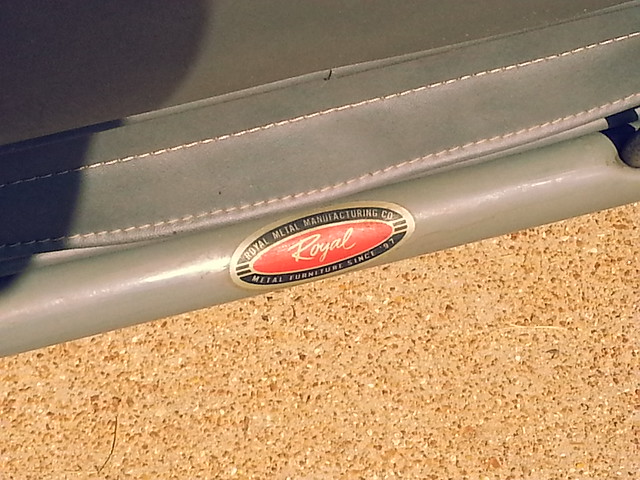 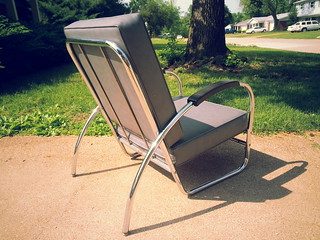 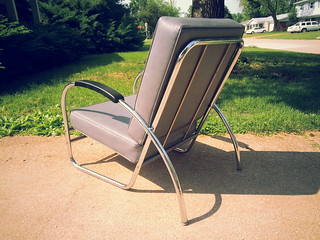 load a large metal frame chair into the back of the Girlfriend's new (ish) car.  So when I talked to the

seller again a little later I just had to make arrangements to pick it up in the morning.  And so it was.