Well, This Is The Last Of The Drexel Declaration Saturday Morning Estate Sale Booty. This Is Just A Simple Clean Walnut End Table By Kipp Stewart. It's Already In The Booth (#5) At The Green Shag Market. Status: Cleaned Up And Ready To Go! 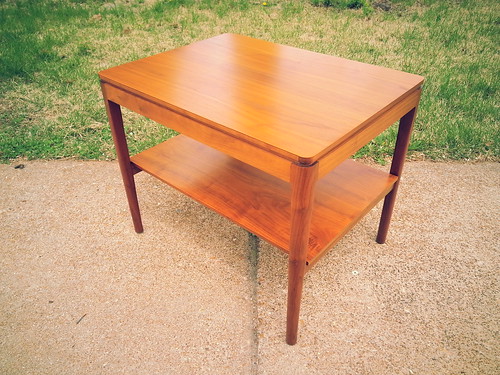 There was so much more Drexel to be had at that sale but I just didn't take enough dough with me to snatch it all.  I had to leave behind a lovely Declaration dining table and I think either 4 or 6 chairs.  There was also a buffet and china cabinet, but they had some unusual hardware on them and I wasn't really sure that they too were Declaration. 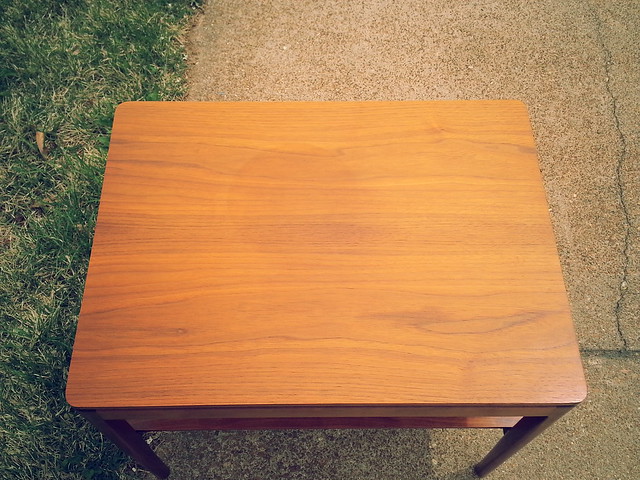 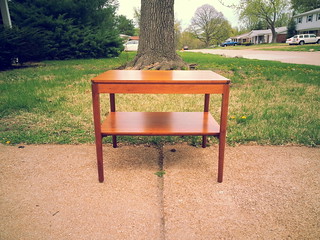 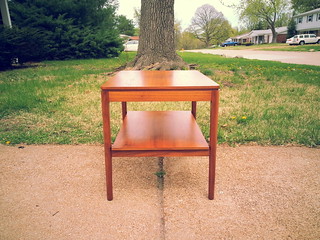 that I could at least learn something about them and share that knowledge with you.  Mornings

::shakes head::, Mr. Modtomic don't like no mornings.  The table sat unclaimed for at least an hour

after opening and the buffet and china cabinet were still available after I packed up and left!  The

table and chairs were priced at $380 and truth be told, if I didn't already have a set out in the Garage

and I had had the cash on hand I would have sprung for that set too. 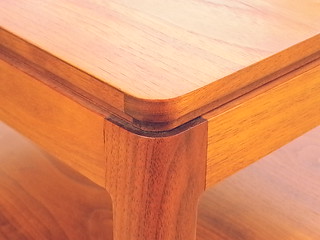 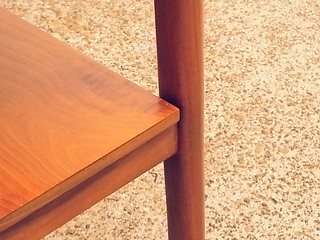 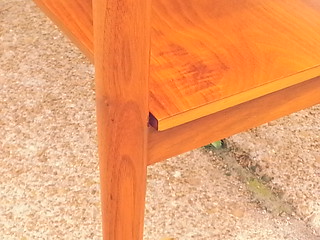 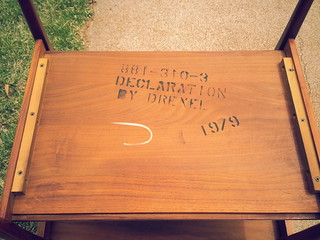 spoken for before I got in the front door.  I would have liked to have gotten that too, but I don't even

know if I would have had enough dosh on me for that as well.  All in all, the sale buoyed my waning

desire to attend these free for alls so early in the A. M.  This one was pretty fruitful, and I know that