So If You Checked Out Yesterday's Post You Know The Mr. And The Girlfriend Hit The Wentzville Flea Sunday. It Was Sparse So We Hit Another Flea We Haven't Hit In Quite A While: The Union Flea. Status: The Booty! 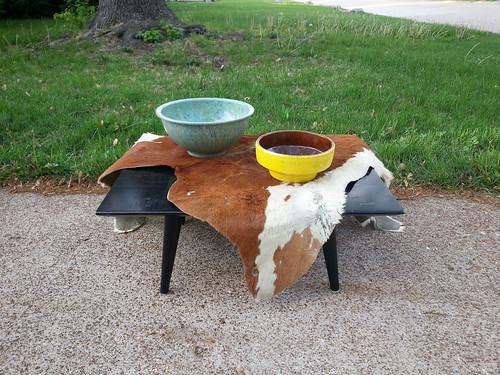 The combination of questionable weather and Mother's Day may have been the cause of so many empty vendor spaces at Wentzville this weekend but I still made out like a bandit...and then, since we were done so early, we decided to venture about another 30+ miles south west to the Union Flea.  More scores were to be had. 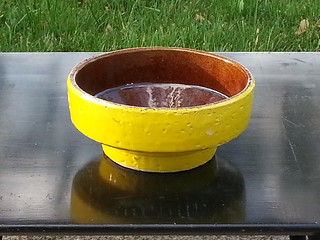 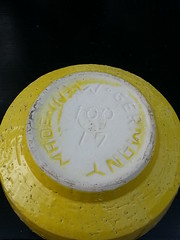 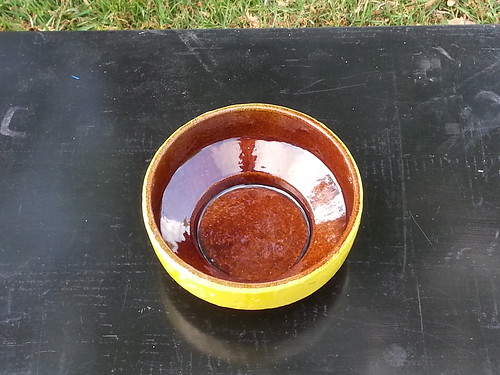 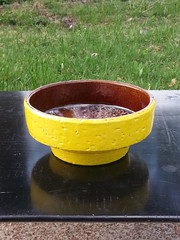 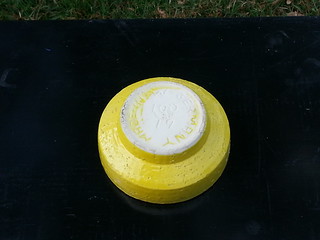 I'm not a big collector of mid century modern West German pottery, actually this is my first piece...

but I wanted this even before I flipped it over.  We found this lovely rough finish footed yellow and

brown bowl at the smallish Union Flea Market this morning.  Much like the Wentzville Flea, not all

the vendors chose to set up this beautiful Sunday.  It had been raining in the area off and on until

about 5 or 6 am, depending on where you were.  Even after that it was still spotty out.  We drove

through some heavy rain between Wentzville and Union. 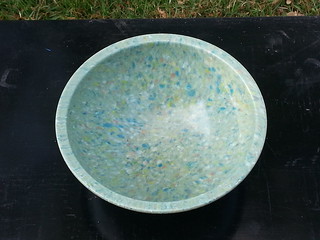 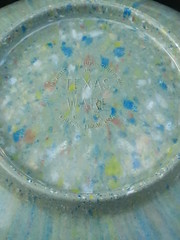 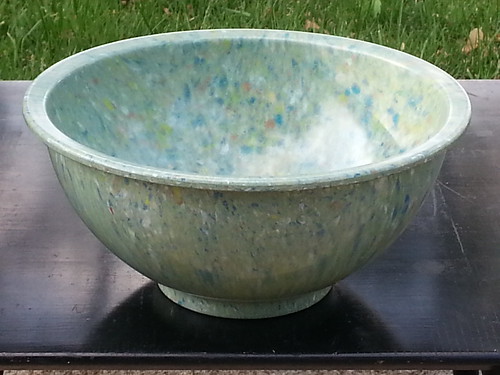 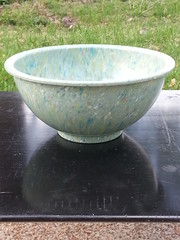 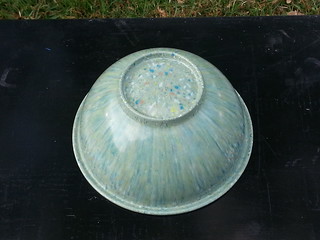 changed.  This is probably what all those other folks in the antique malls feel like when they find

theirs!  This one is a genuine Texas Ware confetti bowl.  It was just sitting on a plywood and

sawhorse table with about a 1000 other vintage to new kitchen items.  This and the West German

bowl above definitely made the trip to Union (about 40 miles from Downtown St. Louis) worth the 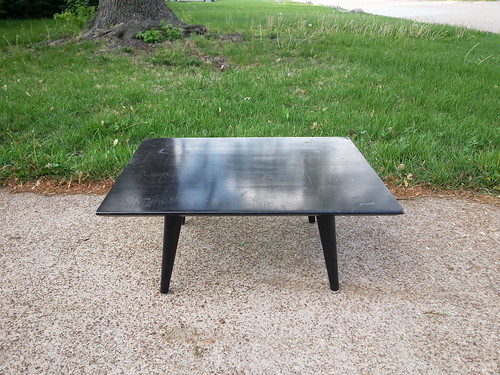 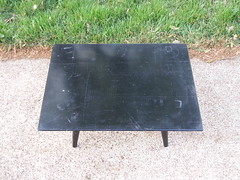 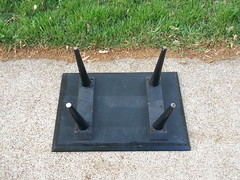 The Wentzville take was not slouch either.  Finding a Paul McCobb small table at ANY of the fleas

for just a couple of bucks just isn't something happens every weekend.  This one was actually half

hidden under a pile of the vendors wares and wasn't tagged.  I hate asking about prices but this table

didn't look like it was being offered so much as just utilized.  Glad I manned up and asked.  It turned

out to be the score of the day. 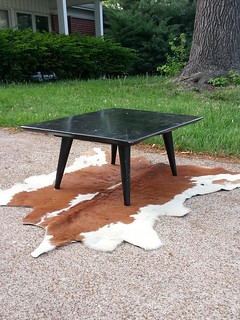 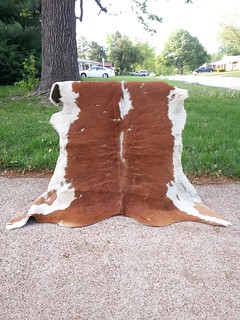 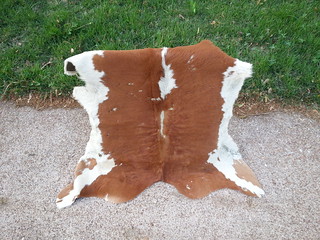 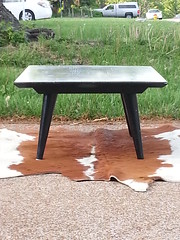 We did pick up a couple of other interesting tid bits while making our way around the Flea.  I almost

passed on this small calf skin rug because of some minor condition issues and it's diminutive size.

Then I gave the size a second thought and decided it might look good between a chair an ottoman...or

under a little Paul McCobb table!  It's not perfect...but it's certainly unusual.  We were lucky, the

shopped.  Sad that so many vendors kept their distance.  There were lots of shoppers with or without.
Posted by Mr. Modtomic at 12:21 AM