State Of The Union...Or What Was Buried Under All That Mess. Nightmare Before Christmas Party Tonight, Had To Clean Up. Took Some Pics Of The Joint. Status: Believe It Or Not - Much Better. 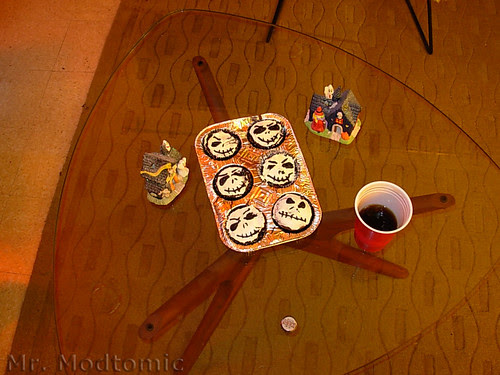 Tonight was our annual "Nightmare Before Christmas" party that we throw between Thanksgiving and Christmas every year as a way for all our friends to have a break from family obligations and such.  The living spaces in the house have been in such a major disarray that it took a LOT more effort to get the house into some semblance of order, or at least enough so that it wasn't Totally embarrassing. 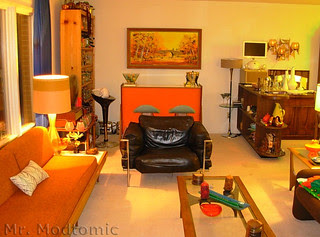 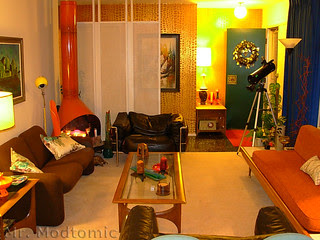 It's been quite a while since I've been able to share what our living spaces look like.  Here's what the

joint looks like at the moment.  Obviously the furniture is always in a state of flux.  I never know what

new "keeper" will show up next, displacing some previous find.  The big orange fireplace will probably

with the attached tables. 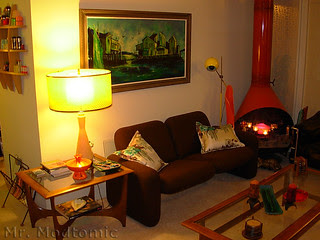 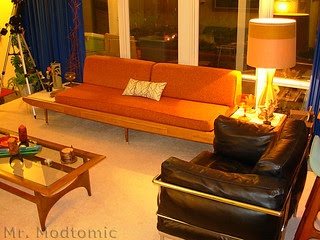 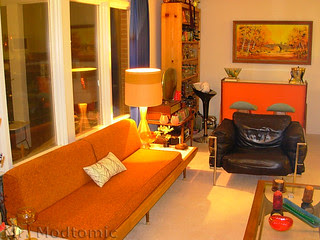 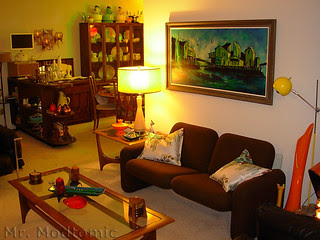 The bar and bar stools are new-ish.  Both have been featured here before.  I've finally put the Herman

but are in use at the moment.  I've got plenty to take their place should they go by-by, but for now we

are really enjoying their comfort. 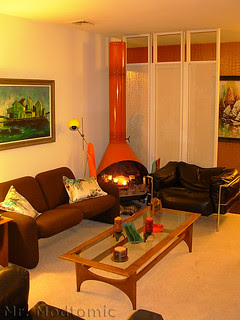 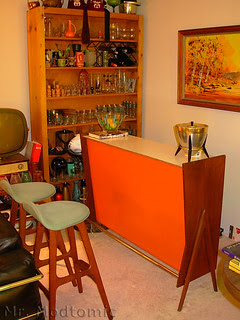 I know that everything still looks pretty cluttered and half-done.  I only had a limited amount of time to

take care of a LOT of stuff.  Working on cleaning up and finding places to put all the extra stuff I have

to 15 hour a week blog, I like to watch a little television if I can and I have to get a couple hours of 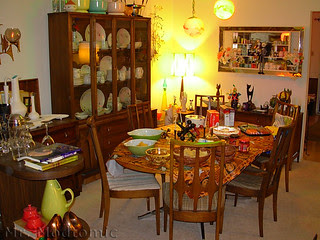 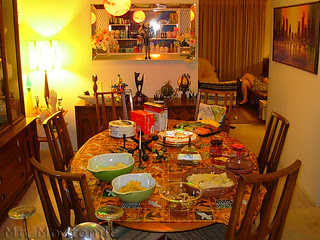 enough to cover the Florence Knoll dining table.  No big deal.  The Halloween one was big enough to

do what needed to be done.  I do need to find a proper one though.  The Knoll table isn't in pristine

condition but I don't want to do any more damage to it before I have it refinished!   Anyway, the party

on time!), but once the ball got rolling plenty of friends showed up and we all had plenty of fun - even

though I never got around to putting the tree up!
Posted by Mr. Modtomic at 3:11 AM