Ah, The Necessities Of The Wino! Mr. Modtomic Isn't Much Of A Wine Connoisseur But I Do Like A Splash Of The Vino Now And Then. Now I Can Keep My Little Stash In Style! Status: More McCo/manoff. 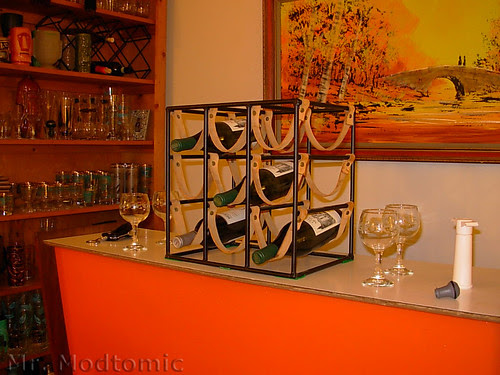 Years ago, while at an antique mall in rural Missouri near Six Flags, I spotted a small wine rack made of steel round bar and leather.  It was only about $12 and while I failed to buy it, the wine rack stuck in my brain.  Maybe a week or two later I spotted a similar piece on eBay which described it as a Paul McCobb design.  Of course I drove right back down to that antique mall as soon as I could, but alas...the rack was gone.  Lesson learned.  Desire cemented. 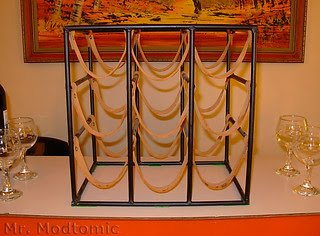 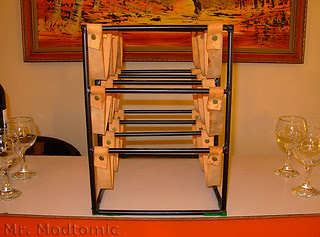 became very Very interested in finding another.  But besides eBay and other internet sellers, I've never

seen another since.  These just don't show up much it seems.  I'm not much of an eBay shopper and for

Picked it up yesterday at Treasure Aisle!  I had actually seen this in the shop just after Thanksgiving and

tried to pick it up then.  My wallet was running on fumes and I just couldn't swing it that particular day.

I went back a few days latter when I was more flush...and it was gone.  I wrote it off.  When we dropped

by yesterday it was a pleasantly surprised to find it back in the same booth again!  Sold. 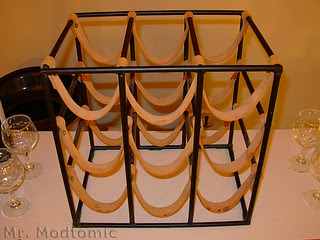 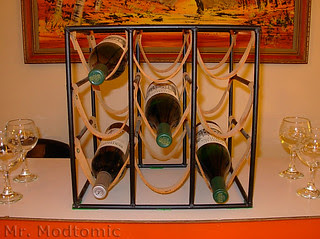 Paul McCobb has made a name for himself as the go to guy for Paul McCobb information in general.  He

Umanoff designs.  Collecting, sifting through and distributing this information is his cross to bear and as

such, a certain difference is in order.  I'm not here to make any stand either way, but in reading Jonathan's

designs, I'm of the opinion that these are indeed Arthur Umanoff wine racks. 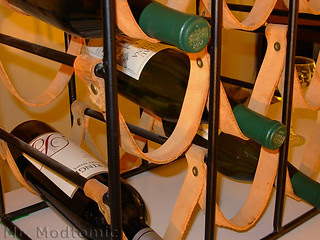 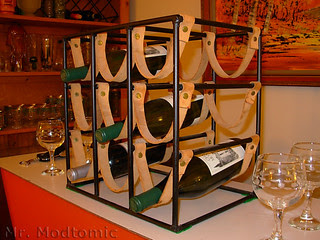 Still, if one takes a moment to search eBay you'll find these listed as Paul McCobb wine racks.  But, it 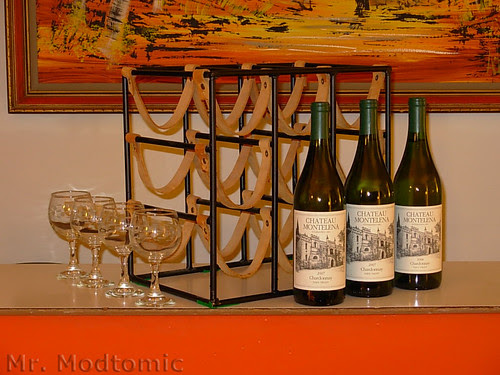 love to be afforded them. I'm a big fan, obviously, of all sorts of furnishings that are constructed from

steel round bar and various embellishments.  Oh, and Chateau Montelena?  My collection of 2007-08

Chardonnay.  It was their 1973 vintage Chardonnay that won the blind tasting in France 1976 that more

or less put Napa Valley California on the serious wine lover's map!  For a more entertaining version of