Snapped Up Another Scandinavian Rocker On My Way To The Green Shag Monday. I Couldn't Help Myself. It Popped Up On C-list Just As I Was Walking Out The Door. Status: Lack Of Self Control. 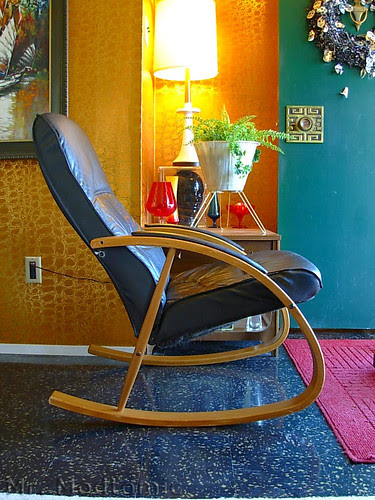 But, my lack of self control will soon be someone else's gain!  You see, someone else might have dropped by to pick this up if I hadn't but then realized that it's got some issues and passed on it, where as I was in such a hurry (on my way to The Shag to drop off Broyhill Brasilia drop leaf dining table, remember?) that I barely gave it a once over. Oops. 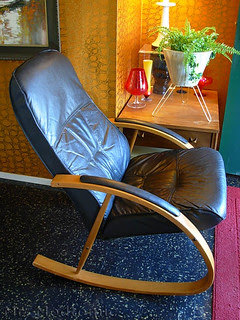 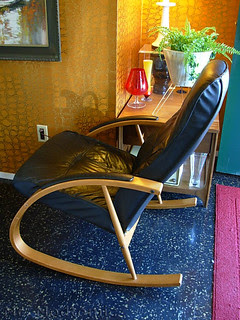 But then, still...look at it.  It's quite easy on the eyes, no?  I would have bought it knowing all the minor

issues anyway.  I can't find much of anything about it on the interwebs.  Not even a hint.  It's not real

leather but the vinyl is nice enough to make you scratch your head wondering.  At least it's low

maintenance.  To this I can attest.  I had to clean it all up before I could shoot it this morning. 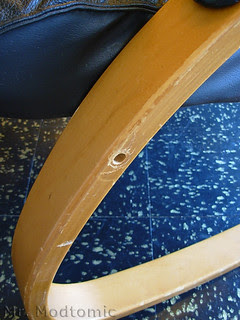 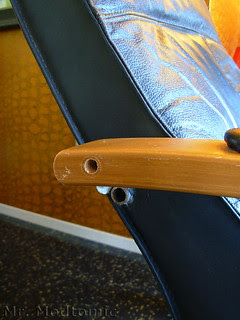 paint rubs all along the arms / runners.  A little 0000 steel wool took care of those issues but what I

failed to notice most of all when I picked it up were these two missing screws.  I haven't fully investigated

but I do know that the upper "arm" attachment isn't just missing but is broken off inside the backrest.

This is gonna take some work to resolve. 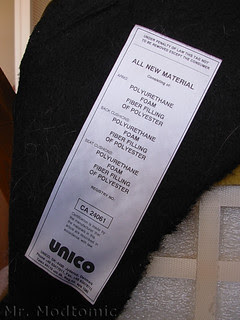 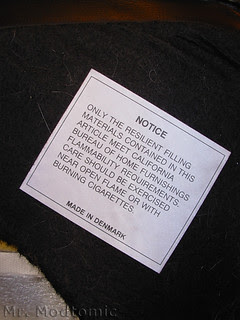 Anybody ever seen a Scandinavian rocking chair by Unico before?  Please don't tell me this is some

IKEA chair.  I'm thinking "House Of Denmark" myself.  It doesn't look like it's more than ten years old.

the arms.  Another winning feature is that it disassembles and will be easy to store until I can make