Oh How I Wish Mr. Modtomic Was Possessed Of A Green Thumb. I Ain't Got Enough Pennies To Toss In The Well To Make It So. Status: Fake Plants It Is. 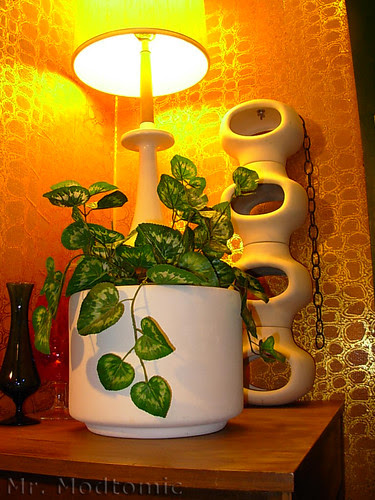 This post ain't really about the fake plants though.  It's actually about the planters themselves.  I've recently picked up a pair and I thought I'd show 'em off...see what you think of 'em! 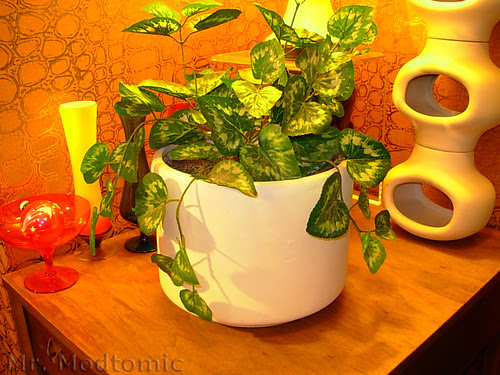 in south county.  I didn't pick it up at the time but it stuck in my mind.  I got to thinking that it might

actually be another piece of Architectural Pottery but it's probably not.  It's still quite an attractive 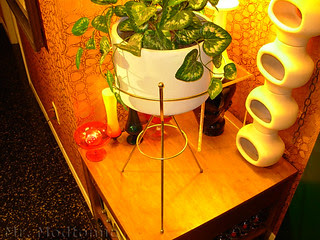 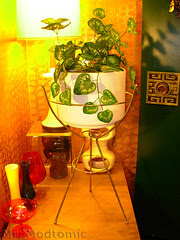 And then I picked up this tripod planter base.  It begs for a nice big bowl but it works nicely with

Bronze Giraffe a while back. 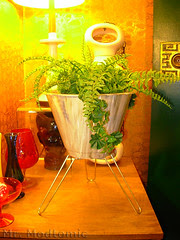 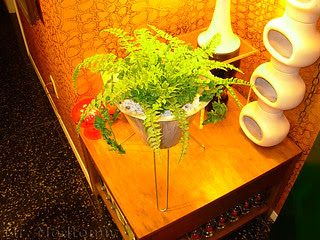 This little plastic tripod planter was from the last estate sale I attended about a month ago.  It was still

waiting for me out in the garage well after I had done a thorough recon of the rest of the joint.  I was

kind of surprised when my partner Illuminate said that she had seen it out there but didn't pick it up.  It

wasn't pricey at all and I think it's pretty cool! 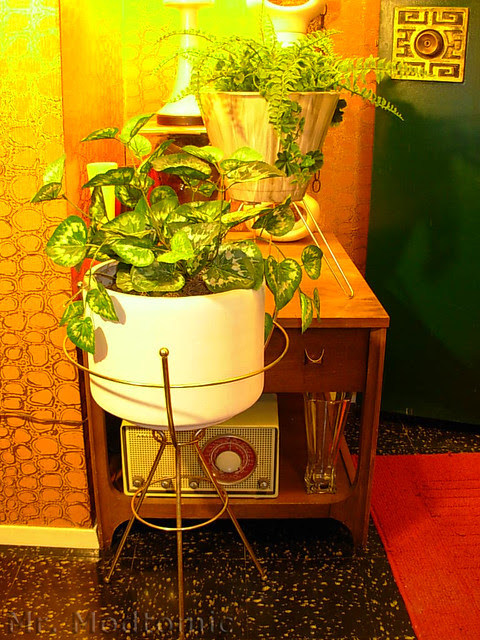