Ya Know...Halloween Is Coming Up And A Great Place To Spend It - If You Can - Is New Orleans! I've Been A Number Of Times And Can Highly Recommend Hanging At Turtle Bay. Status: You'll See Plenty! 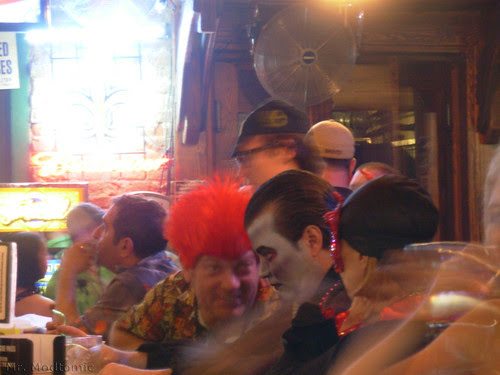 New Orleans is always a bit....strange.  It's a city built on a swamp...below sea level...full of vampires.  But on and around Halloween?  Well, that's when it get's real.  If you you've ever fancied a visit during Marti Gras, you should consider trying out Halloween instead.  It won't be so crazy crowded....and it's easier to spot the vampires. 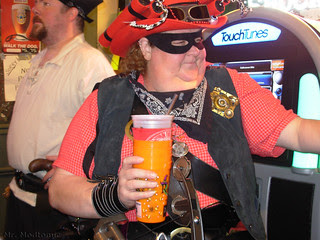 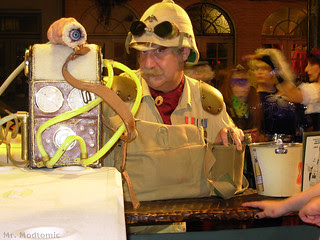 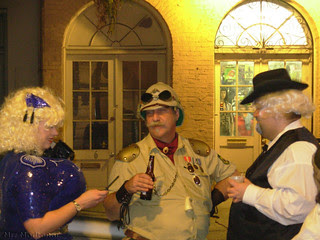 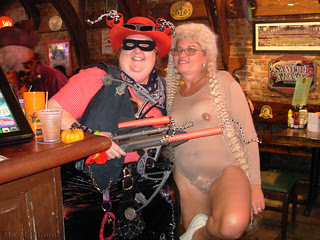 These two were the most fun couple.  This was like 4 years ago so I can't remember

anybodies names or even where they were from.  But that's one of the great things about

hanging out at a bar in the "quarter".  You're gonna make friends, if only for the few short

(or long, if that be the case) hours your there! 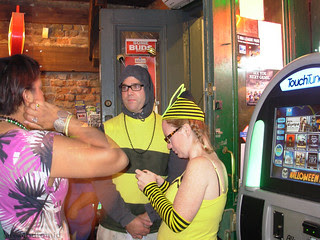 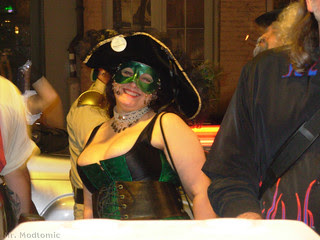 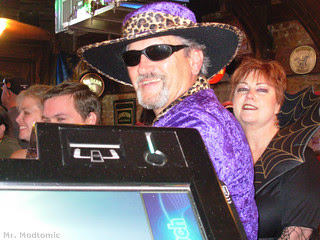 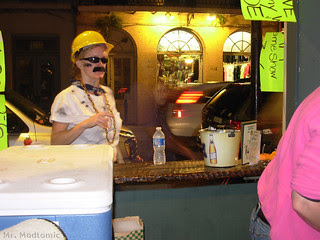 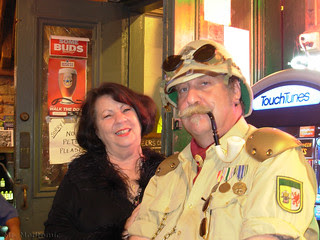 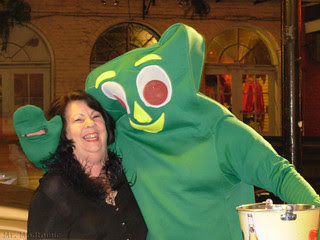 And yeah, you never know who you're gonna make friends with! The joint we used as our

you're likely to find. It's always got a good crowd but isn't a "hot" spot so it's not gonna get

stuffed. Also it's not on Bourbon Street so it ain't just tourists walking by. It's kind of a local

joint and the kind of place where industry types hang after a shift elsewhere. Good food and

lots of suds. We liked it. 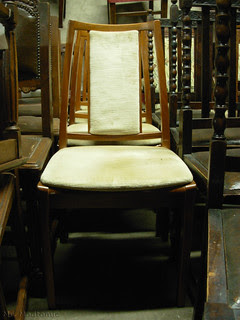 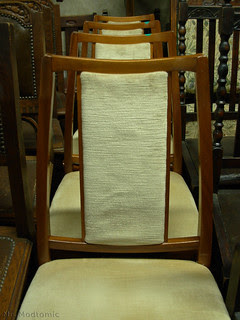 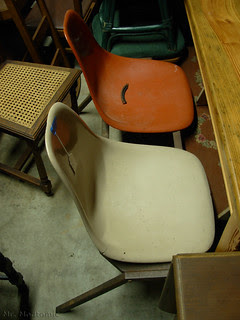 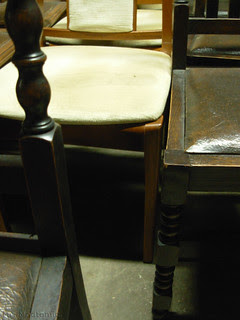 I couldn't leave you high and dry without ANY vintage modern goodies to look at. This shop -

antiques, vintage and vintage modern. I always stop in but I've never actually found anything I

had to bring home. But it's not like I've been able to stop in on a regular basis. 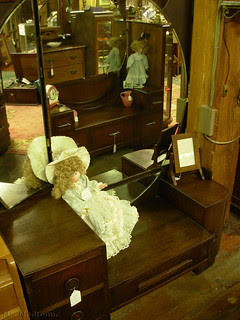 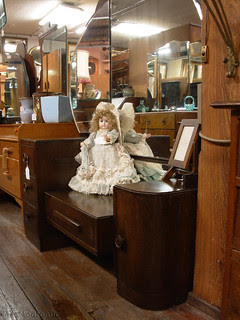 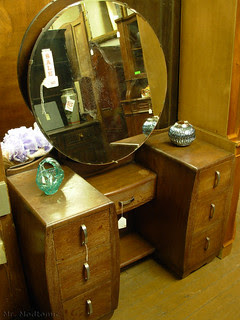 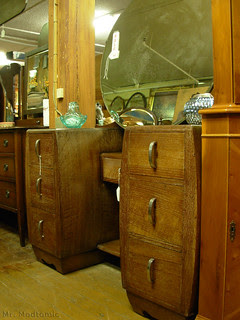 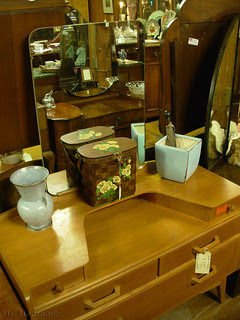 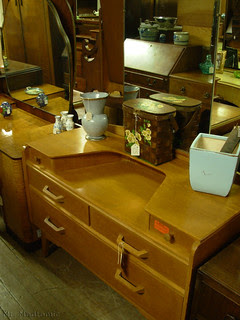 Beautifully worn stuff that.  It all looks so good just as it sits but all looks like it could be

headed right to the restorer.  None of it's cheap either.  Remember, this is the French Quarter.

You'll pay for that. 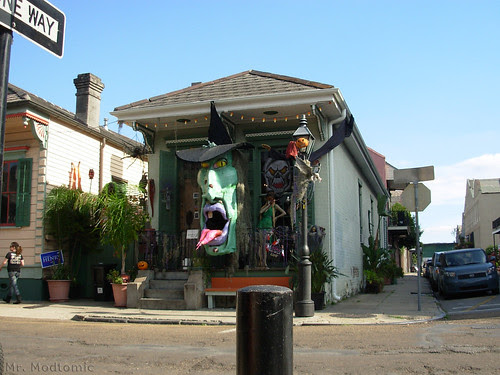 Also in the French Quarter - just cuz I liked it!
Posted by Mr. Modtomic at 4:34 AM