I Know...I Said I'd Feature The Thrift Table From Yesterday's Thrift Haul, But It Seemed A Little Silly To Show That Two Days In A Row. So Here's Some Mod Candle Holders To "Hold" You Over! Status: Available! 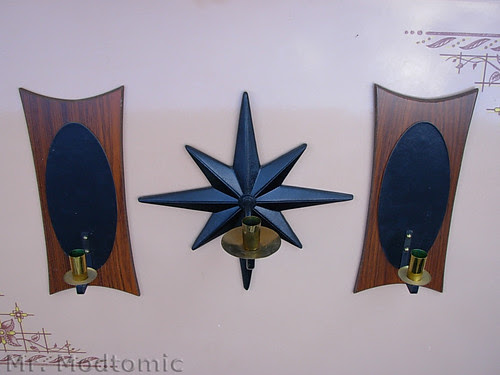 This trio of wall mount candle sconces were found at the same thrift but the matched set pair were found a week before the middle starburst single!  How weird is that?  At first I was a little irate that I could only find the single starburst but when I got home and remembered the matched pair and realized how great it would go with them, my OCD issue was solved.  I also found some cool cast iron pieces.  Click through to check 'em out! 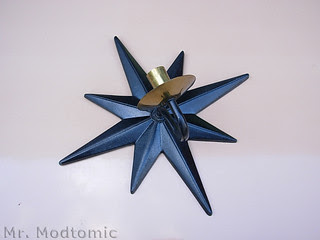 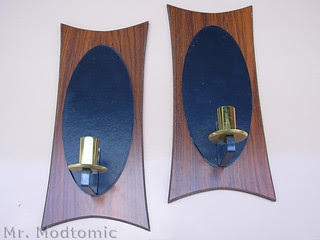 floor at different times.  You know, I got all this at the same thrift store that I found my most 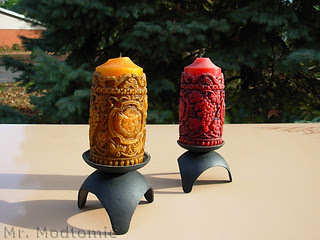 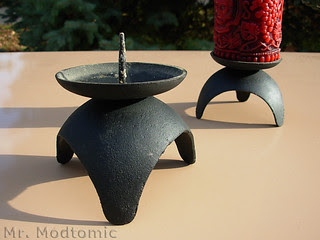 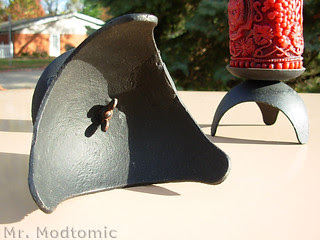 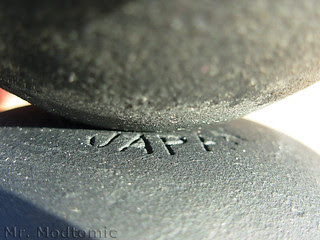 I don't know about those candles but the candle holders are pretty cool.  They aren't just

cheap stamped steel, they are genuine cast iron.  And wingnuts?  Does anybody have even

make wingnuts anymore?  It took a bit of looking to find the "Japan" marking.  I thought they

might be more Dansk until I found that.  But what about those candles?  What do you think?

Mediterranean?
Posted by Mr. Modtomic at 4:10 AM