Picked Up Another Sweet Score On Sunday Evening. This Time It's A Franco Albini Rattan Foot Stool. Status: Keeper / Flipper? 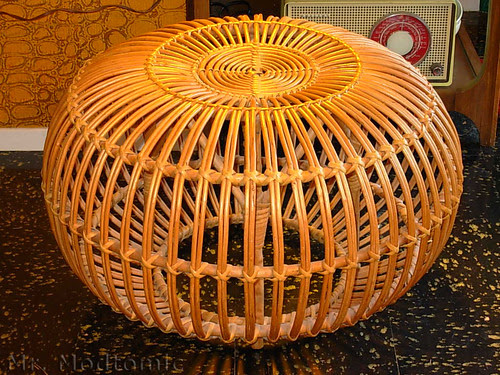 Ever notice, so many vintage modern furniture designers are also architects?  The first I ever heard of such a thing was Frank Lloyd Wright.  He seemed to have a penchant for designing furnishings explicitly for a particular home design.  Seems kind of rigid but I can respect the idealism.  Franco Albini ('05 - '77) was an architect as well, though perhaps not as well know.  This "Pouf" may be his most well known work. 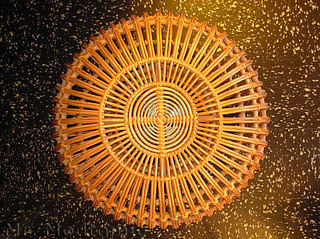 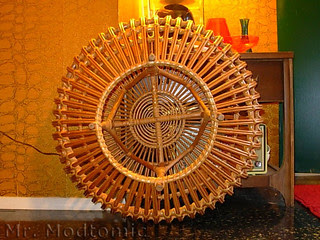 A few years ago the Girlfriend, a couple friends and myself arrived at the Iron Barley restaurant

in South City to have dinner but the joint was packed (as usual...cuz it's AWESOME). We

noticed a new second hand shop a few doors down the street and decided to check it out.

This was my first encounter with Cool Stuff Real Cheap. 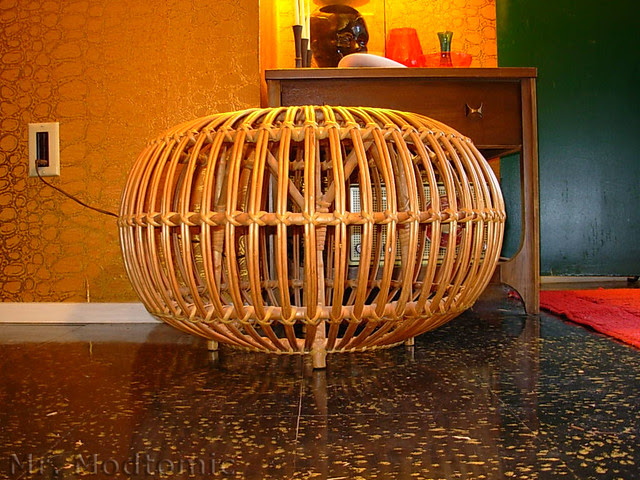 They had one of these Franco Albini stool / tables that very night but, while I did recognize

that it WAS something, I just didn't have enough info at the time to pick it up.  Of course,

it was way under priced.  He shoots and...Oh...it goes just wide.  So finding this piece at,

believe it or not, the exact same price was redemption incarnate!  Thanks again craigslist. 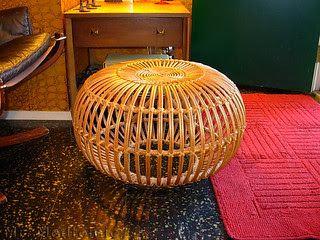 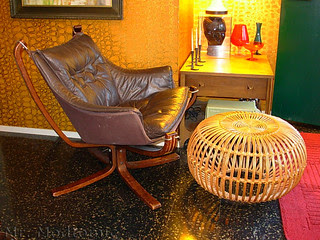 So now the first question is: is it a footstool...or is it a table? The seller sold it as a small tide

piece for use as a coffee table. I'm pretty sure it's original intention was for it to be used as

a hassock or a vanity seat. Most listing on eBay describe it as an Ottoman or Pouf. 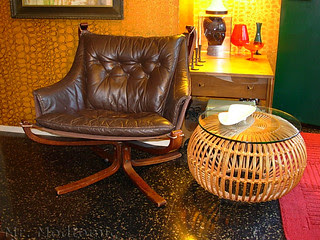 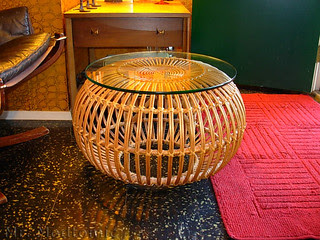 The second question is: keep it or flip it?  I can make a pretty fine buck off of it but I'm liking

shipping).  I've built up quite a nice collection this way.  And fewer regrets. 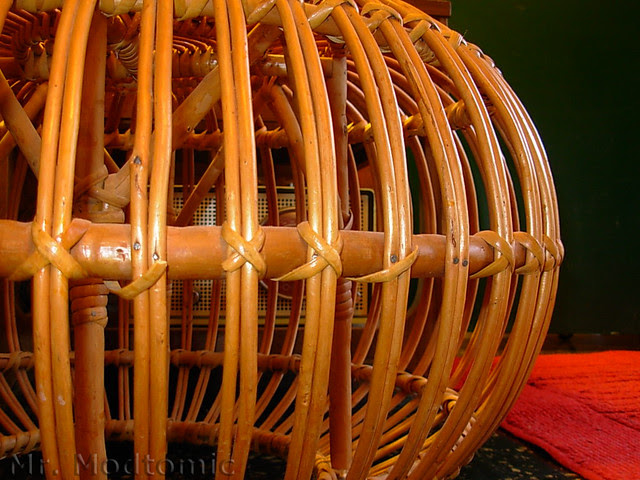 edge. This appears to the "going rate" as all the pieces I checked on eBay completed listings

rattan is going to make a big comeback! Wait and see!
Posted by Mr. Modtomic at 1:35 AM