While In Chicago Saturday I Managed To Tour / Shop One Of My Favorite Destinations: The Broadway Antique Market. I Picked Up A Few Choice Items That I Thought Were Bargain Priced And Took A Ton Of Photos, But Today We'll Concentrate On Purchases. Status: Minor Disaster. 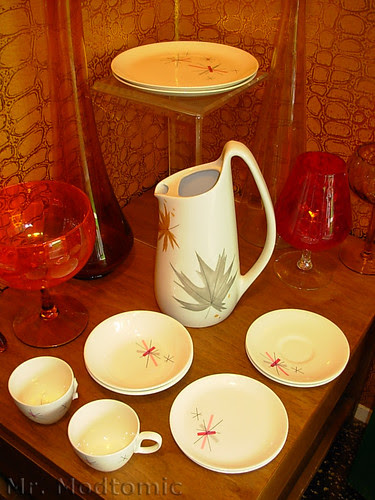 The staff at BAM packaged everything up for me VERY carefully knowing that I had a long drive home to St. Louis...but that didn't stop mayhem from laying it's delicate touch upon my newly acquired dishware! No no, nothing was broke in transport. Only when I began unpacking these items for photography did disaster strike. 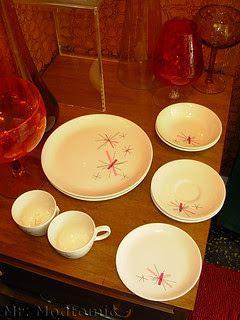 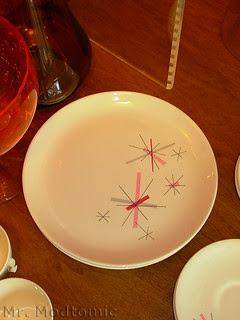 Two was just too hard to resist. The excuse I gave myself was that I wouldn't really need to

I mean) set of Salem Northstar. Wouldn't that look just cheeky?! But fate had different plans. 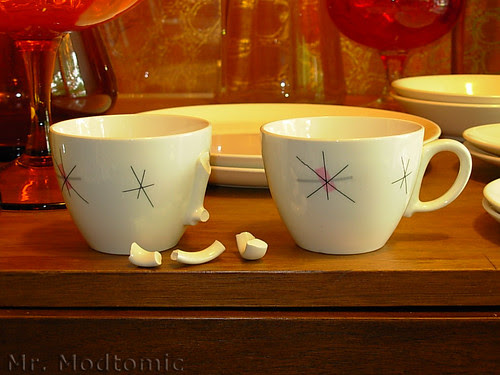 Oh Snap...literally. While I was unpacking the small coffee / tea cups I was trying to pull one

by the handle from it's tightly wrapped bubble wrap when "SNAP" off came the handle! Crap

I thought, oh well...I'll just glue it back on. It was a clean break and it won't be noticeable. As

dropped it onto the hard floor where it promptly separated into THREE pieces! Dammit. Now 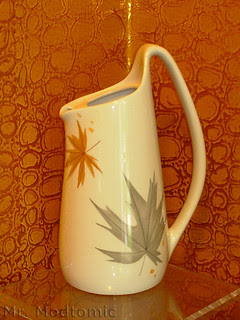 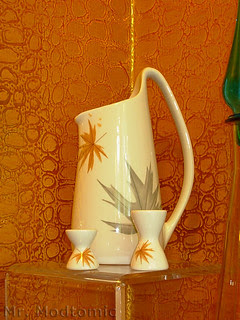 it unscathed. I was in a hurry when I shot this set and forgot to include the Four matching bowls

that I picked up while on vacation. I did toss in One of my Two pairs of salt and pepper shakers

though! This growing collection is all Dana's (from Mid2Mod) fault! She has a really nice

collection of this pattern. I too will have a nice complete collection someday. Just gotta be

patient. And more CAREFUL!
Posted by Mr. Modtomic at 7:05 AM