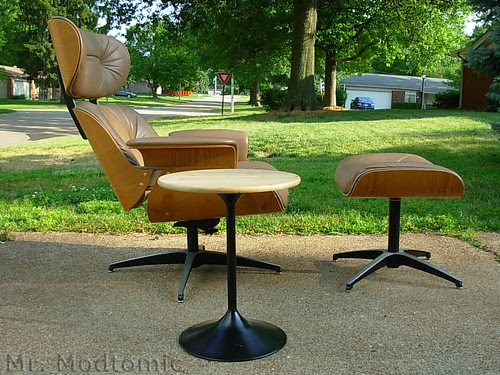 I've finally popped on an Eames Style Plycraft of my very own.  We were supposed to already be gone and on the road Sunday when this was made available on craigslist.  Good thing that neither the Girlfriend nor I had been very ambitious about getting out of town in a timely manner! 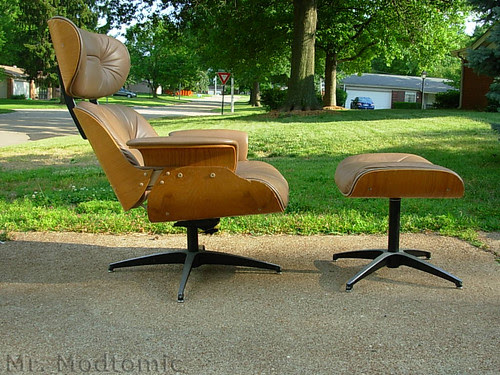 I've been after one of these in good shape for quite some time. The first time I even gave one of

these a second thought was at the Belleville Flea Market about 6 or 7 years ago. I didn't even

know who Charles and Ray Eames were! I just thought the chair looked comfortable and had

seen the style maybe on Frasier or something! There was a set at the flea market and as we were

leaving I sorta stopped and gave it a long look. The seller kept dropping the price - eventually

down to like $60 - and even offered to deliver it just to get rid of it! 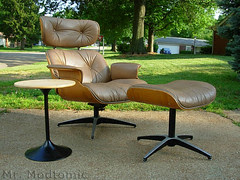 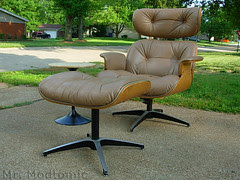 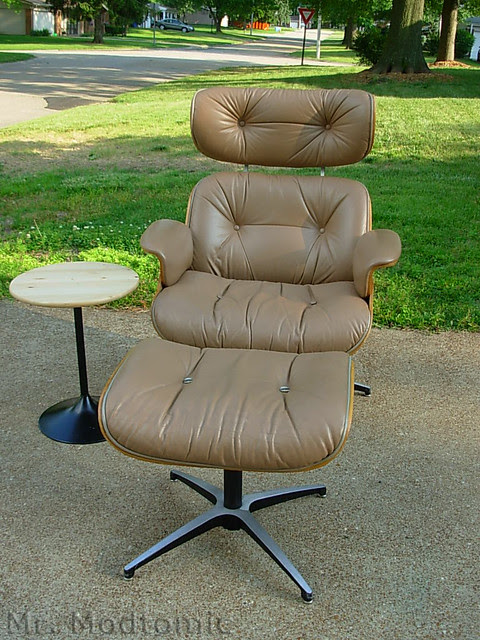 I don't know why I didn't buy it, sometimes I'm just not in a buying mood...especially if I've been

buying like a fiend all weekend long. Alas, I didn't buy the set and after about a week I started

lightly kicking myself. After a month the kicking got harder. Now days people ask me in a hushed

and concerned tone about the bruises. Well, I didn't score this set for $60 bucks but I didn't pay

what seems to be the going rate (upwards of $500 around here) for it either. Somewhere between 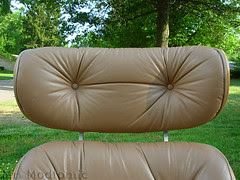 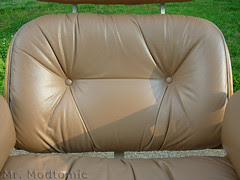 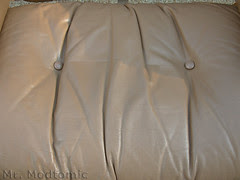 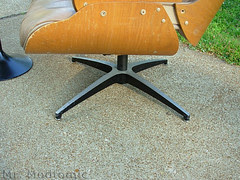 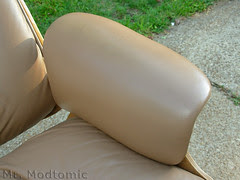 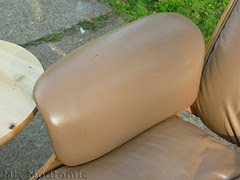 Now I have a different "problem". I've got one too many lounge chairs with ottoman. I'm sure

the Girlfriend might say "ONE?!" But I've put some real energy into reupholstering the Plycraft

Mr. Chair...AND it's got the added cache of having the name George Mulhauser associated with

it. Even so, I'm thinking it's on the chopping block. I want a Genuine Eames / Herman Miller lounge

chair. This is a step closer to that. I'm gonna replace the Mr. Chair with this and see how thing

"feel" for a while. If after a while I'm as down with napping and TV watching in this as I have

been with Mulhauser, then I'm selling the Mr. Chair.
Posted by Mr. Modtomic at 2:32 AM